Beer Hour Turns A Can Of Beer Into A Frothy Dispenser 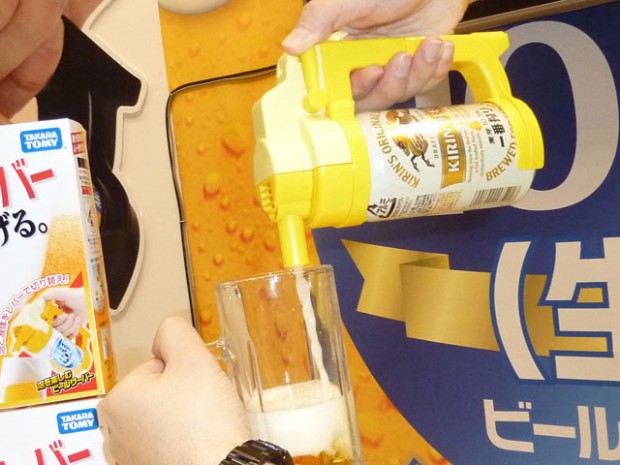 Pouring a can of beer into a glass requires no special skills.  At least, that’s what we thought.  Apparently, some people in Japan find it a bit too messy and have come up with a gadget to remedy the problem: the Beer Hour.

Okay, we’re lying.  The contraption wasn’t actually built for mess-free drinking.  Instead, the selling point is the 7:3 beer-to-froth ratio that you’re supposed to get when you use this as your can dispenser.  In case you’re wondering what that means, it’s basically how beer is supposed to look like when served from a tap at the bar.  Really. 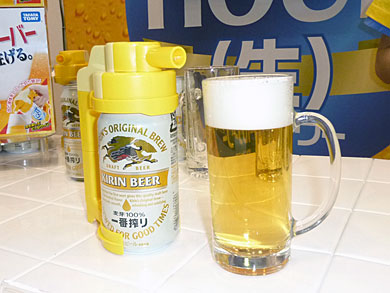 Created by Takara Tomy, the Beer Hour is a plastic dispenser that turns a can of beer into a tap-like pitcher.   You get a handle on the side and a snout for the beer to come out of, along with a lever on the top side of the handle that lets you control the flow of the liquid, so you can avoid accidental spills when you knock the can over.  There’s apparently a mixer blade inside the thing, which is responsible for the frothy, bubbly liquid that pours out.

According to the company, the rig will fit any beer can sized between 350 and 500 ml.  Of course, you can use it with your Cokes and Pepsis, too, but that bubbly thing probably isn’t so fun for other drinks (I actually don’t know for sure, since I’ve never tried it).

The Takara Tomy Beer Hour will hit Japan stores beginning May 19th, priced at the equivalent of $25.  It will come in two colors: black and yellow.