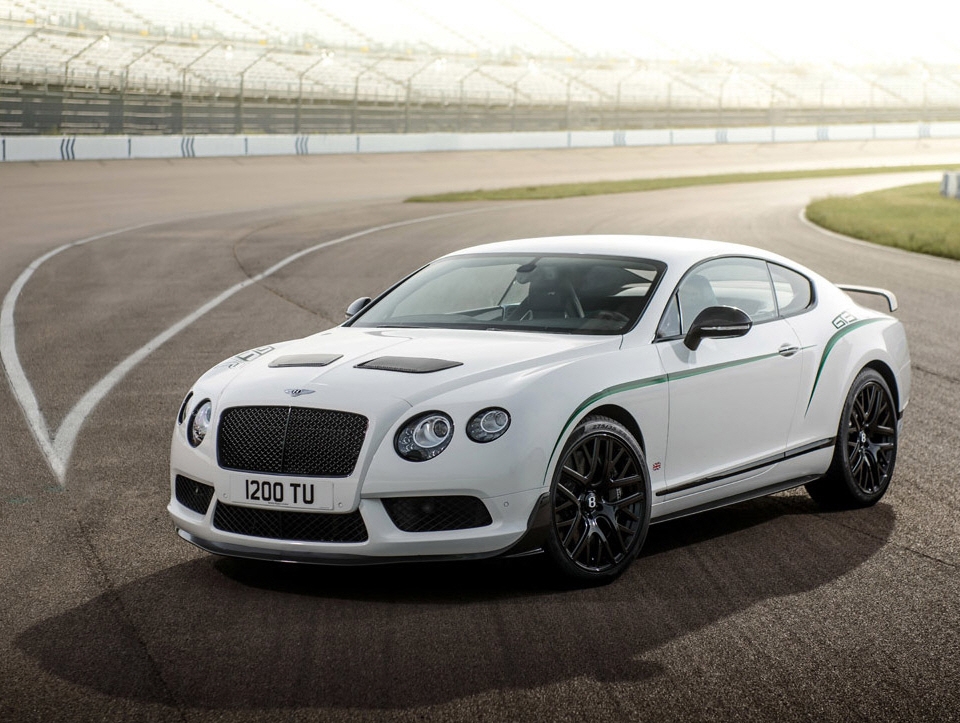 Bentleys aren’t exactly slow-running cars, but they’re far from being known as race-focused spitfires either.  That changes soon with the Bentley Continental GT3-R, a limited-edition driver-focused version of its race-winning Continental GT3.

Limited to just 300 examples, the vehicle will be hand-built in Crewe just like the rest of its luxury-focused Continental brethren.  Before shipping to showrooms, though, it will pass by Bentley’s Motorsport division, where it gets tweaked and fine-tuned to effect serious improvements in performance. 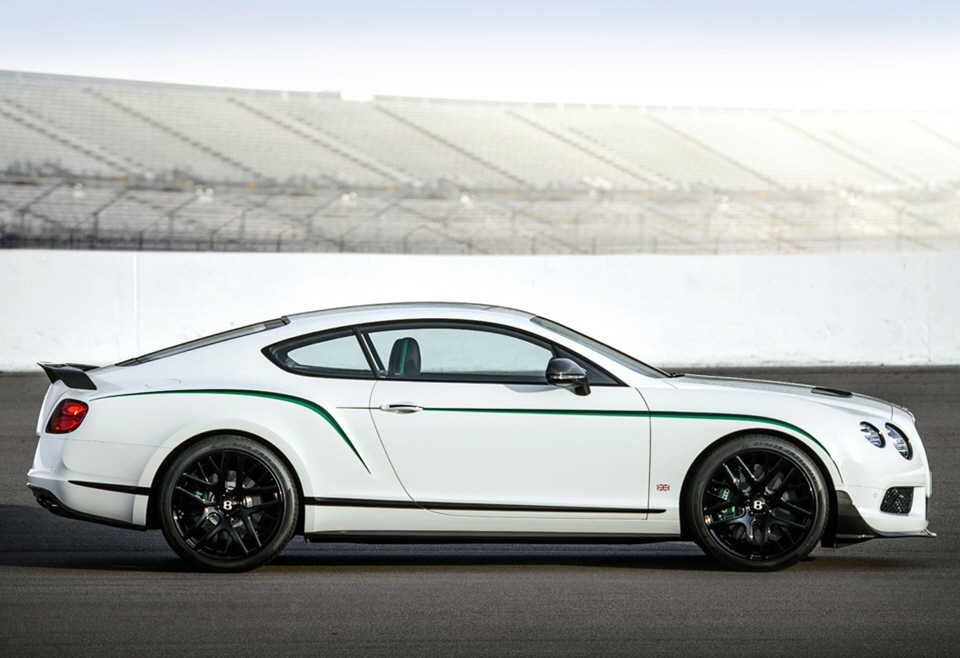 Powered by a 4.0-liter twin-turbo V8 putting out 572 horsepower and 516 pound-feet of torque, the Bentley Continental GT3-R can hit top speeds of 170 mph, all while accelerating from 0 to 60 in just 3.6 seconds.   It boasts a weight reduction of over 200 pounds, achieved largely by the use of lightweight materials (e.g. titanium exhaust, new lightweight wheels), along with entirely dispensing of the rear seats.  Details include an eight-speed automatic gearbox with shortened gearing, a rear-biased all-wheel drive system with torque vectoring, air suspension on all four corners, a recalibrated sports mode (now more aggressive), and carbon silicon carbide disc brakes.  Notable exterior elements include a new front splitter, a carbon fiber rear wing, gloss black cooling vents in the bonnet, 21-inch gloss black alloy wheels, and Pirelli tires. 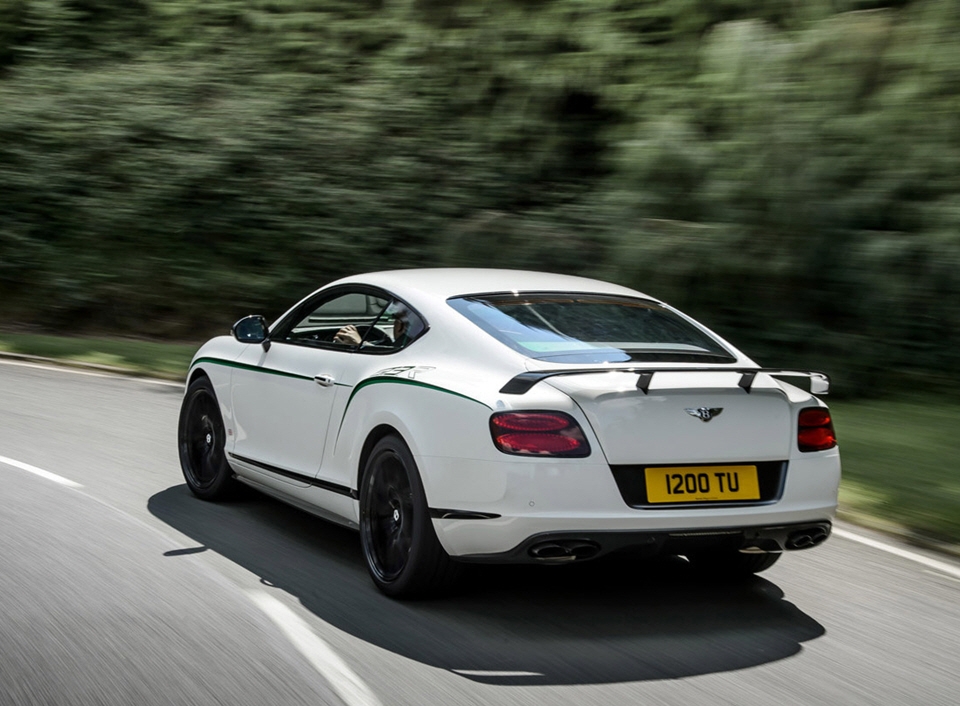 This is still a Bentley, of course, so luxury is not overlooked.  Inside, the cabin is outfitted in a combination of Beluga leather, diamond-quilted Alcantara, and carbon fiber, complete with a smattering of GT3-R badging, just in case you mistakenly think you were riding something that wasn’t a Bentley.

Orders for the Bentley Continental GT3-R are now being taken, with shipments slated to start at the end of the year. 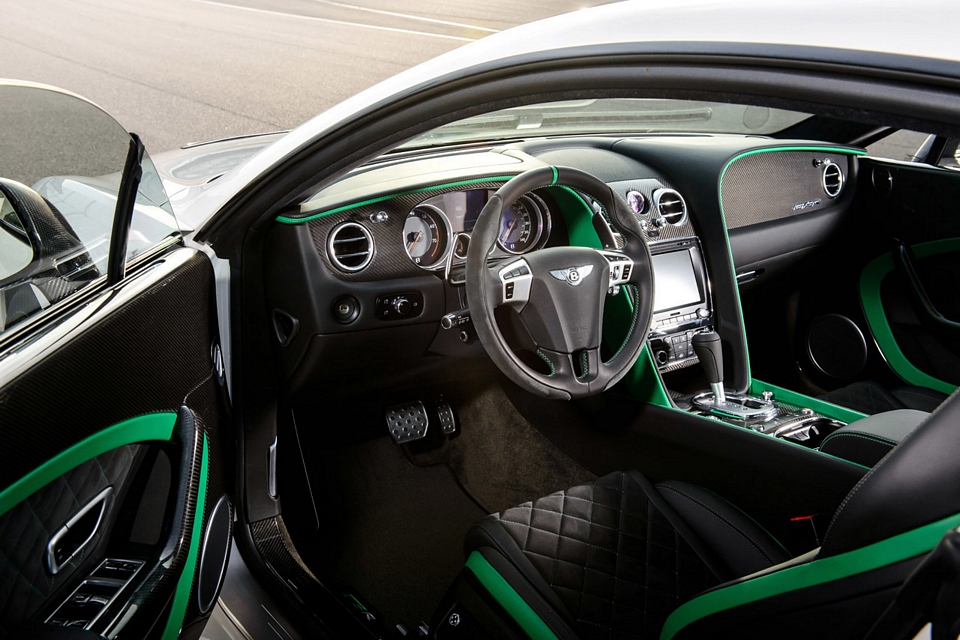 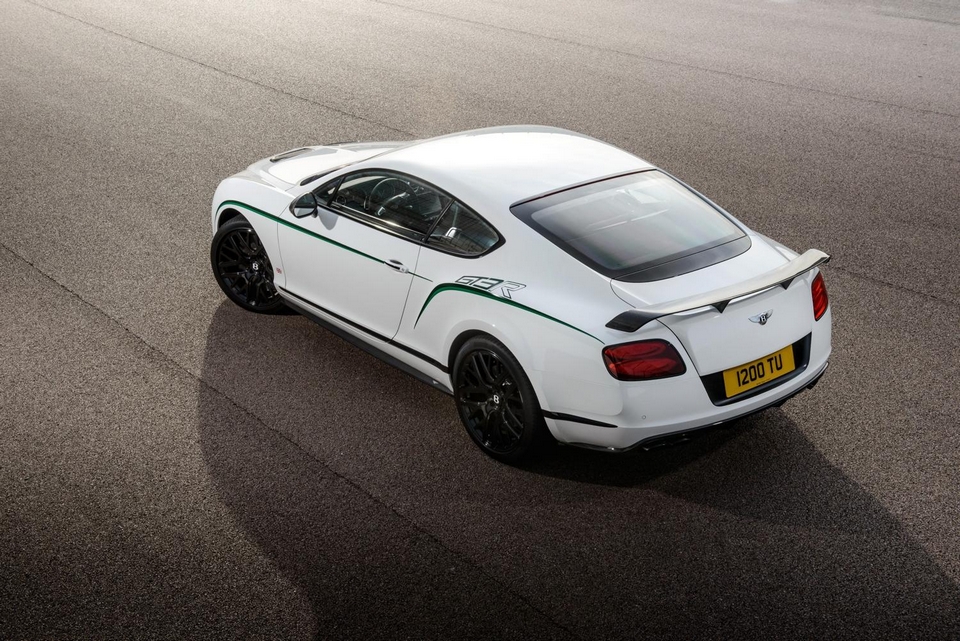