Ready To Get Into 3D Printing? Here Are Your Best Options 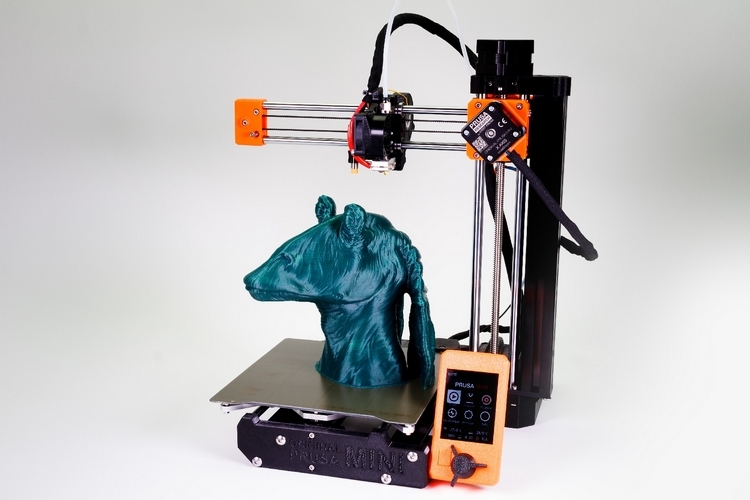 While 3D printers are far from mainstream, they’re now accessible enough to be a viable option for anyone with an interest in fabrication, making it pretty commonplace among professionals and hobbyists alike. If you haven’t taken the plunge yet, you might consider doing so now, as modern 3D printers have come very far, in terms of features, capabilities, and affordability.

Granted, different individuals will probably have very different requirements from a 3D printer.  A tabletop gaming enthusiast, for instance, can probably be happy with a small and slow printer churning out endless miniature models, while a robotics researcher on a deadline will require a faster machine that can print out multiple parts at once. Fortunately, there’s a wide range of options out there now for 3D printers, allowing you to find the exact one that you need based on your budget and requirements.

Here are some of the best ones we’ve seen. 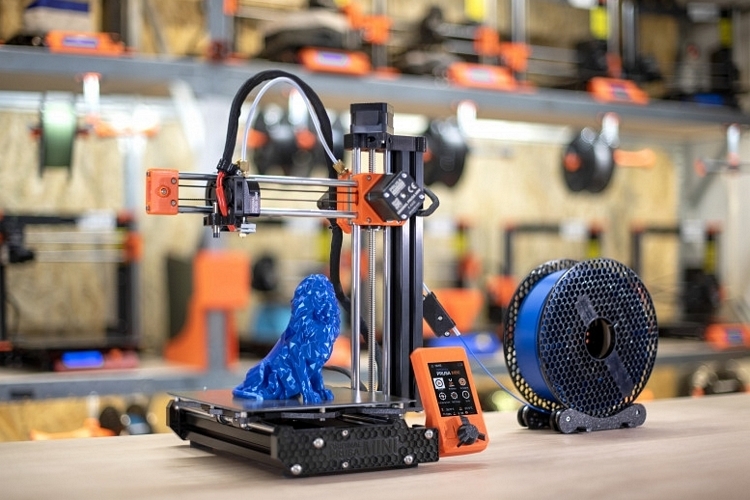 As you can tell from the name, this is a small 3D printer, with its build area measuring just 7 x 7 x 7 inches. While the size limits the kind of objects it can fabricate, the build volume should be enough for plenty of hobbyists, students, and other people interested in entry-level fabrication machines. Unlike some smaller 3D printers out there, it consistently churns out above average object quality, rendering even finer details with high accuracy. Seriously, this produces objects that look so much better than some of the bigger, more expensive models out there.

It doesn’t just manage to put out consistently high-quality output, the device, which has an open barebones frame, is able to do it in relative quiet compared to other open-frame fabricators. On top of all this, it supports multiple materials and includes a really intuitive software that lets you do a whole lot. While it’s easy enough to use, the calibration will probably take some getting used to. Once you get that part right, though, this will give the, hands-down, most amazing-looking prints you’re going to find at this price range. 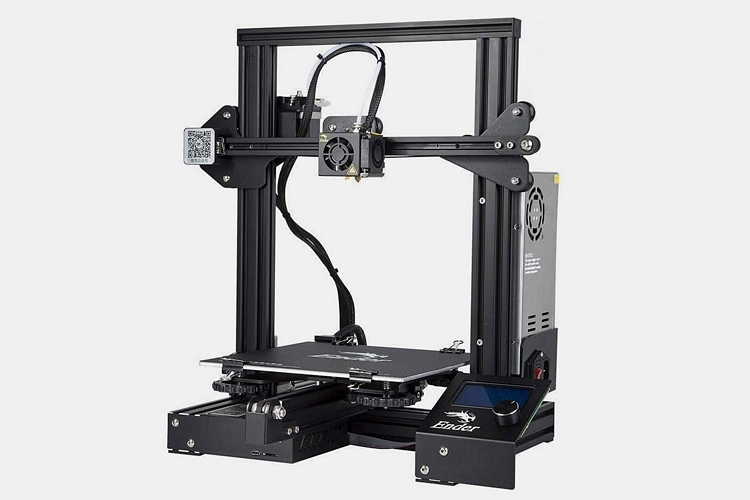 Quite possibly the most popular entry-level 3D printer, Creality’s entry-level model combines a decent-sized print area (8.7 x 7.9 x 9.8 inches) with a heated bed (heats in five minutes), a pretty decent build quality, and a very affordable price. It’s not the most convenient, as it requires both assembly and manual calibration (you’ll have to make a few runs, most likely), so as long as you can slog through that, it’s mostly minor inconveniences you’ll need to deal with afterwards.

The biggest upside of the Ender 3, though, is the growing community surrounding the printer, which gives you access to a whole load of information out there that will help you tweak and tailor the machine precisely to your needs.  Suffice to say, if you want to wade deep in 3D printing waters, playing around with the Ender 3 is a good way to get that experience. 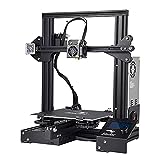 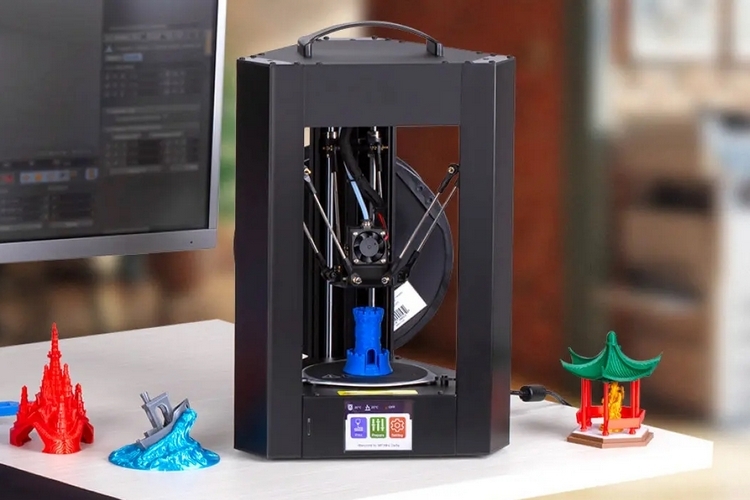 It’s not the best 3D printer out there. If you’re a home user with limited room for a desktop 3D printer, though, this inexpensive model from Monoprice should offer a simple way to add plastic fabrication to your workspace. Setup is as simple as it gets, as you simply plug all the cables, insert your microSD card where the models are stored, and put your filaments in place. From there, you just tap through menus on the touchscreen display, choose your model, and start the print.

It has a really limited build area, measuring just 4.3 x 4.7 inches (diameter x height), so it’s only going to be useful for hobbyists who plan to fabricate smaller objects. Those looking to prototype bigger items, such as professional users, will not be satisfied with the size. Print quality is very average, which shouldn’t be an issue for the beginners likely to use this thing, although it is very accurate, so you’re likely to get prints exactly as you want them, save for an occasional misprint on finer, more complex details. What we really like, though, is the speed, as it’s able to print faster than comparable machines out there, which should make it even friendlier to novice fabricators. 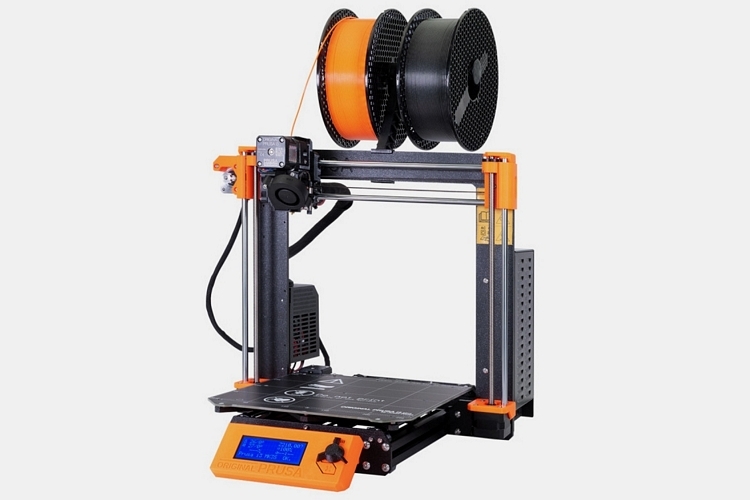 This is, basically, a bigger version of the Mini+. It gets all the same upsides, from the superb print quality and accurate detailing (it can print layers as thin as 0.05mm) to the easily replaceable parts and multiple filament support, albeit without the large color screen (it has a small monochrome one). This one, though, gets a bigger build area at 9.8 x 8.3 x 8.3 inches, allowing you to fabricate larger objects, although similar to the Mini+, you’ll also need to pay attention during calibration to avoid any mistakes. At $1,000, however, you’ll be hard-pressed to find anything that produces objects with this printer’s combination of size and quality. 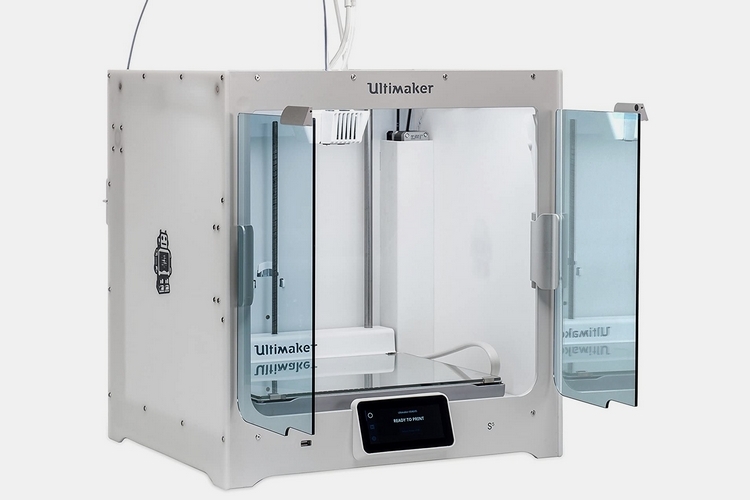 A professional-grade 3D printer, this one’s expensive as heck (it’s pricey even for the pro-grade category). For the money you’re forking over, though, you’re getting a huge build area (13 x 9.4 x 11.8 inches), dual extruders that allow you to print two different types (or colors) of filament simultaneously, and an impressive print quality. Because of the large build area, it’s able to produce big parts you’d have to otherwise split up in many desktop 3D printers, while the dual extruders allow you to use your primary material choice on one and easily removable plastic (such as water-soluble PVA or the destructible Breakaway) on the other, letting you print out the main object with the main material and any needed supports using the secondary plastic, eliminating much of the post-printing polishing typically required. Instead of using blades, pliers, and sandpaper to finish up a print, you can simply immerse the whole thing in hot water until all the unwanted parts dissolve (in the case of PVA) or snap them off (in the case of Breakaway).

Simply put, the S5 is one of the most versatile 3D printers out there, with its combination of size and dual extruders, making erstwhile complicated builds just that much easier. Aside from those main draws, there are plenty of standout details here as well, from the hassle-free use and the quiet operation to the touchscreen interface and internal camera. 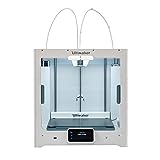