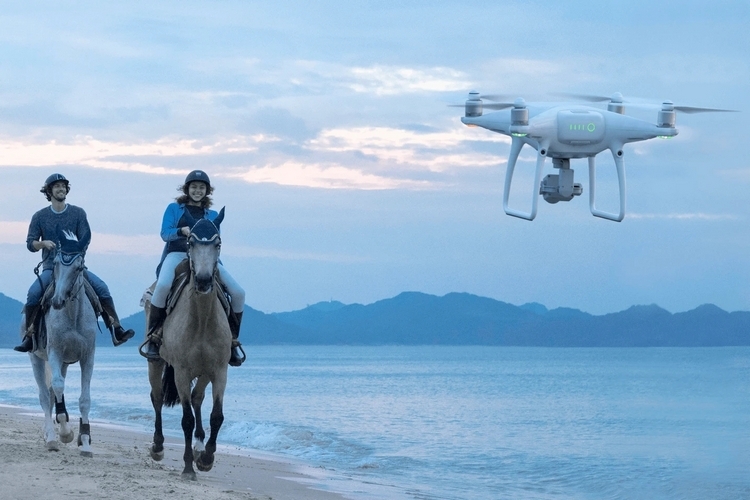 Since they came on the scene many years ago, drones have changed the landscape of aerial photography and cinematography. All of a sudden, those aerial panning shots, high-angle tracking shots, and fly over footage no longer required relying on cumbersome cranes, expensive helicopters, or elaborate setup techniques. Instead, you simply had to pick up a controller and pilot a quadcopter carrying a camera onboard.

With 4K now a standard for filmmaking, it only makes sense to get a drone that can shoot in the same resolution. Even if you plan to render your edited footage in full HD, using a quadcopter equipped with a 4K camera opens up a world of creative possibilities. 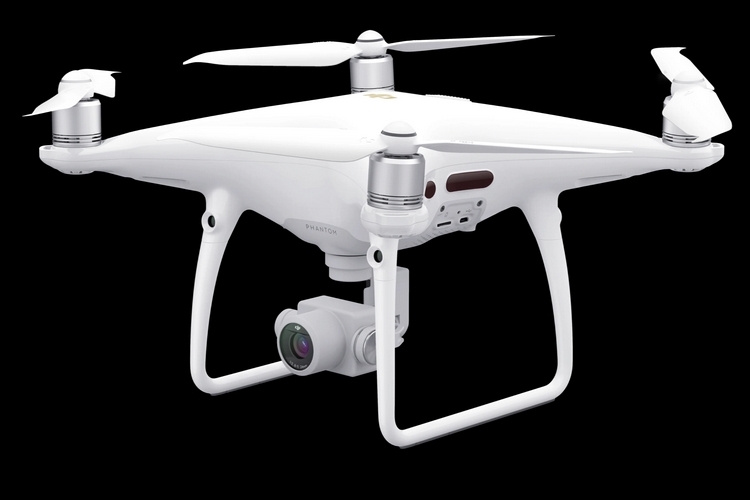 The top-of-the-line in DJI’s consumer drone range, the second-generation Phantom 4 Pro can shoot 4K video at 60 fps, complete with a mechanical shutter to ensure better photographs even while the drone is on the move. It also benefits from DJI’s range of flight safety systems, from pilot assistance and multi-directional obstacle sensing to detecting potential collisions with other aircrafts. Core features include 30 minutes of flight time, a 45mph top speed, and 8GB of internal storage.

Released back in the first half of 2018, this drone is big and heavy, making it particularly cumbersome to bring on the road. If you want a drone with a 1-inch sensor, 4K/60fps footage, and a rich selection of autonomous features, though, this drone is, pretty much, still the best option in the market. 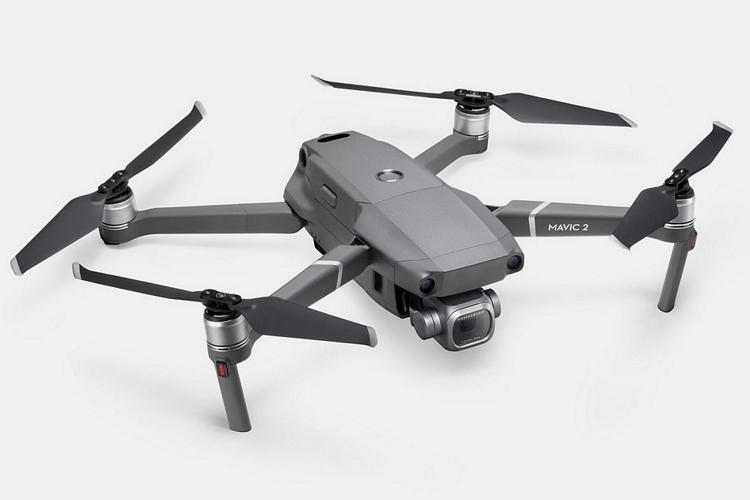 Since the Phantom 4, DJI has released other 4K-capable drones, albeit without the ability to shoot 60 fps or capture shots using a mechanical shutter. If neither of those are of particular importance to you, then the Mavic 2 Pro offers the next best option in the line. Like its higher-end counterpart, it’s equipped with a 1-inch sensor, a three-axis gimbal, powerful autonomous features, and safe operation, although it tops video recording at 4K/30fps. More importantly, it’s so much smaller and lighter than the Phantom, complete with folding legs that make it even more compact during transport, allowing you to easily integrate it in most packs.

On the downside, it’s also a pretty old drone, having initially launched around three years ago. As such, many people are expecting an updated version in the horizon, which could make it prudent to wait. Of course, there’s no assurance about DJI’s plans for the model, so you could end up holding out for nothing. 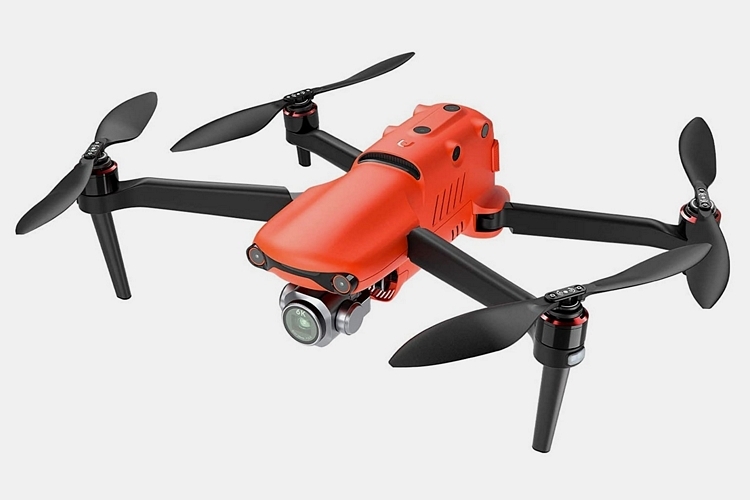 Similar to the two DJI drones above, the EVO II Pro is equipped with a 1-inch CMOS sensor that captures 20MP stills. In this instance, though, they squeezed every pixel they can out of that sensor, allowing it to record video footage in detail-rich 6K. It does 6K at 30fps and 4K at 60fps, so you can choose between additional resolution or framerate, depending on what scene you’re filming at the moment. For better colors, it can even shoot 4K HDR at 30fps, in case colors and lighting are critical to the scene you’re shooting.

The built-in 7100mAh battery can stay airborne for up to 40 minutes between charges, which is downright impressive, while a 5.59-mile range allows you to fly it at great distances. There’s also a sophisticated obstacle detection system, along with a range of autonomous flight modes, so it’s just as easy to fly as DJI’s more popular models. It also includes a really nice controller, complete with a 7-inch color LCD. Suffice to say, the EVO II Pro is probably the best competitor to DJI’s 4K quadcopters at the moment. 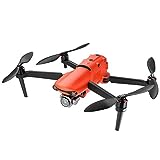 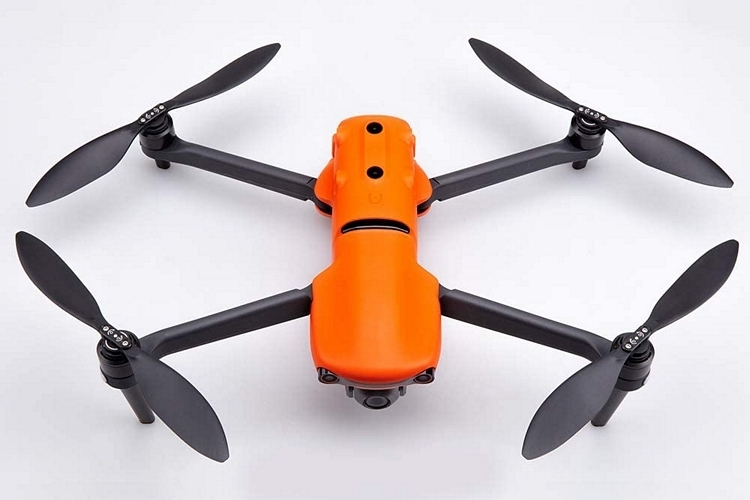 For those who just want the most pixels on their aerial footage, this drone uses a 48MP camera to capture stunningly detailed 8K video at 60fps. That’s 7,680 x 4,320 pixels. While the video quality isn’t quite as crisp or vibrant as captures from one of DJI’s 4K drones or the EVO II Pro (it only uses a smartphone-sized CMOS sensor), the quality is really good, too, especially considering the amount of stuff you can do in post-production. Plus, that 8K resolution allows you to get really creative during edits. It uses the same base drone as the Pro version, by the way, so it performs similarly, from the flight modes and obstacle detection to the range and the battery life. 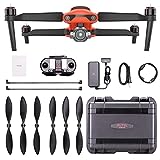 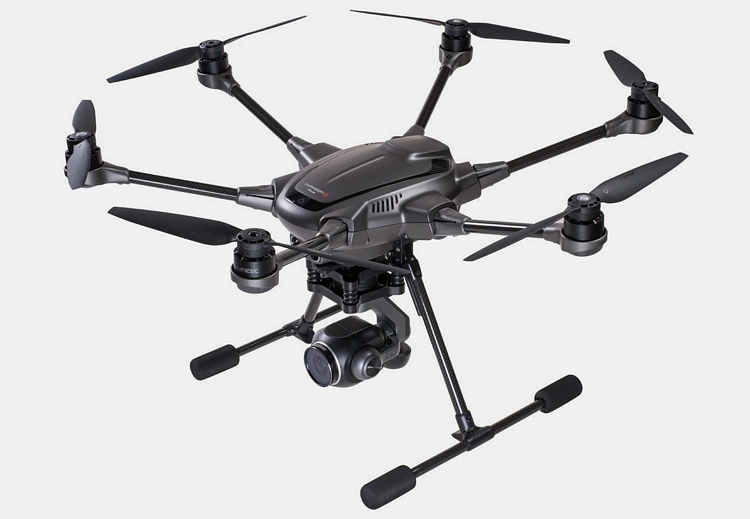 Unlike most drones in this list, the Typhoon H Plus takes on a hexacopter design that should make it more stable and reliable. Designed for professional grade photo and video capture, it comes with a gimbal-stabilized 1-inch sensor that captures 20MP stills and 4K video at 60 fps, along with a variety of autonomous shooting modes and Intel’s RealSense technology for obstacle navigation. Features include up to 25 minutes of flight time, the ability to withstand winds up to 35 mph, and foldable rotor arms to make transport just a little more convenient. While we still prefer the Leica camera on the outfit’s slightly more expensive H3 model (whose current availability we’re quite unsure about), it does produce some of the best 4K/60fps footage out there. 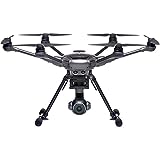 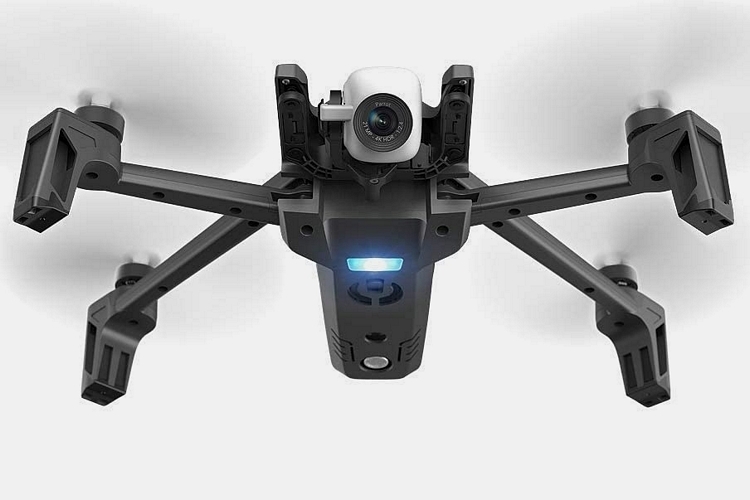 Want a cheaper way to get aerial 4K shots? Try Parrot’s Anafi model, which uses a 4K HDR camera that’s mounted on a front gondola with a 180-degree vertical swivel. That swivel is really nice, by the way, as it allows for some dramatic camera techniques that won’t require the drone to move in fancy ways. It uses a smartphone-sized 21MP sensor, so the video quality won’t quite stand up to those on more expensive drones, but it does offer one of the best 4K footage you’re going to find at this price range. While Parrot has long-lagged in the obstacle detection department (their drones have none), it does have geofencing and some autonomous shooting features that should allow for easier flight control without putting the drone at risk. Plus, it’s one of the lightest and most compact 4K drones you can fly today. 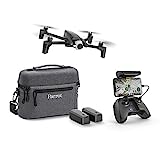 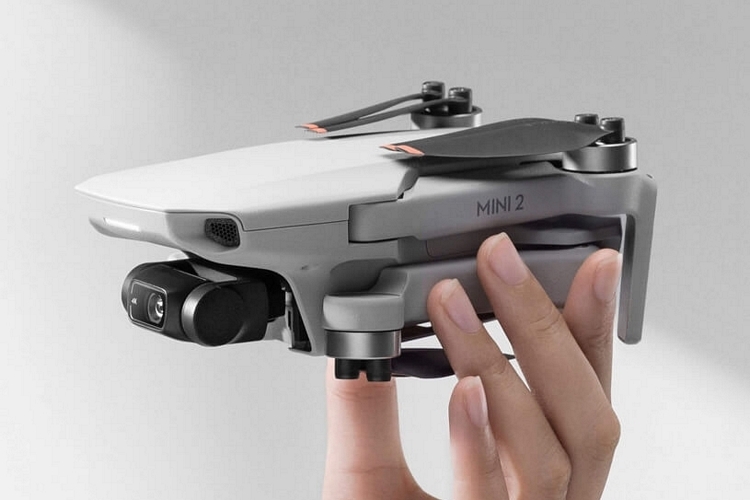 If you want a sub-$500 option, DJI’s compact Mini 2 offers arguably the best option in the category. Equipped with a smartphone-sized 12MP sensor, it can shoot 4K video at 30 fps (no HDR, though). Even better, it has the same three-axis gimbal as the outfit’s more expensive drones, so footage is a lot more stable than what you’ll normally find in this price range. Heck, it can even handle a bit of wind, keeping footage stable despite less-than-smooth skies.

It inherits a lot of the safety and autonomous shooting features of bigger DJI drones, although they omit some important ones, too, like obstacle avoidance and subject tracking, so you can’t quite do everything in this smaller package. At the size, though, it performs impressively, with over 30 minutes of flight time and a 6.2 mile range. Plus, it’s the only drone in this list that won’t require FAA certification since it slides in just under the weight threshold, so it’s very convenient to own.