These Electric Chainsaws Are Cleaner, Quieter, And Easier To Operate Than Their Gas-Powered Counterparts 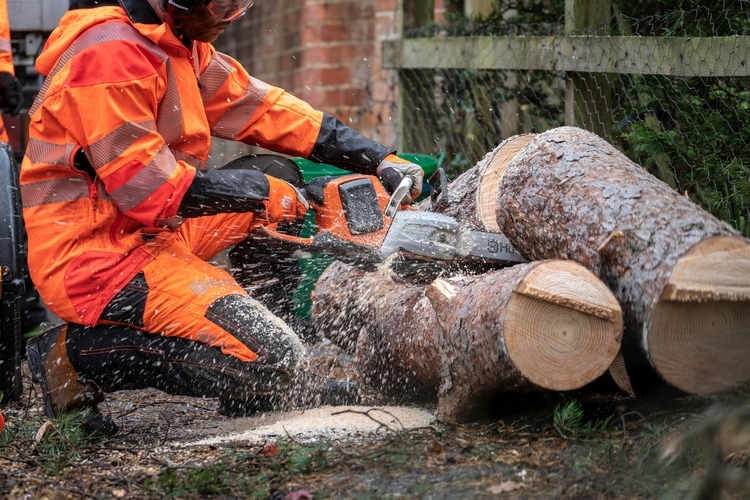 Chainsaws are fun. They’re loud, they’re violent, and they’re messy as heck, making them a favored weapon in serial killer movies and other campy pop culture fare. Simply put, they’re one of the most intimidating power tools you can wield in your hand.

While most people have no need for a chainsaw, they are an indispensable tool for anyone who finds themselves needing to cut trees and prune large branches on a regular basis. They’re just incredibly efficient at those tasks, allowing you to finish cutting and pruning jobs at a fraction of the time it will take when using other tools.

Gas chainsaws remain the power tool of choice for lumbering, disaster cleanup, and most other commercial operations. That’s because they let you work for extended periods, merely requiring you to pause long enough to refuel anytime the tank is dry. Battery-powered chainsaws, on the other hand, will require much longer charging periods, forcing you take long breaks when working on big jobs.

Despite this limitation, electric chainsaws have managed to become the favored option for many individuals who use them for yardwork and similar small jobs. While mileage and weight is a downside (those batteries are heavy), they do have plenty of upside. Eliminating the need to use gas, for instance, spares you from the hassle of dealing with fumes. They also eliminate the air filters, carburetors, and various other items you’ll need to clean, maintain, and eventually replace, making it a whole lot simpler to own over time. Battery-powered chainsaws also significantly quieter, so they’re less likely to impact your hearing, all while being considerably easier to operate (no pull cords, no keeping the engine warm, and a whole lot less vibrations).

These are some of the best electric chainsaws in the market today. 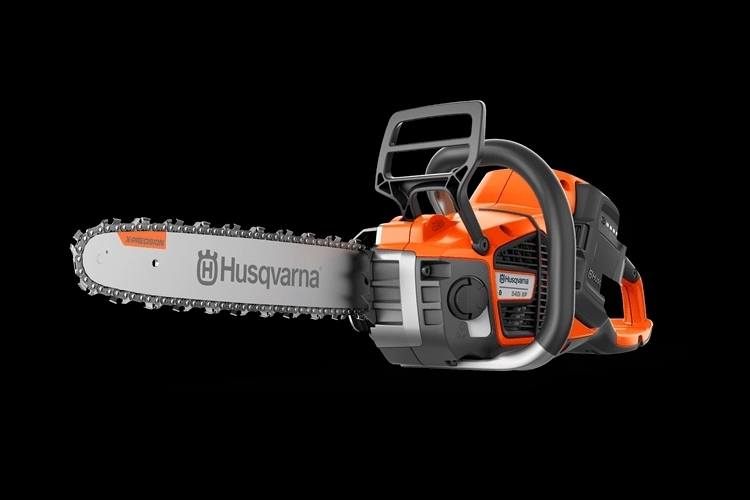 While the 540i XP is one of the more expensive electric chainsaws out there, it definitely puts in the work to make itself worth the money. Equipped with the outfit’s 9.4Ah BLi300 battery, it boasts cutting performance comparable to that of a 40cc gas-powered chainsaw. Seriously, you can feel just how much muscle the motor and drivetrain packs the moment you switch it on. That means, you can use it to cut trees in the yard, landscape everything in sight, and rip through any mess in your property after a violent storm. If you’ve ever tried battery chainsaws only to be disappointed, give this a try and you’ll likely change your mind.

It’s weatherproofed to IPX4 standards, so you can likely keep this tool for the long haul, all while working with the Husqvarna Connect app, where usage stats, service history, and even its last detected location are all automatically stored, so it’s as contemporary as any modern gadget. Available with either a 14- or 16-inch bar length. 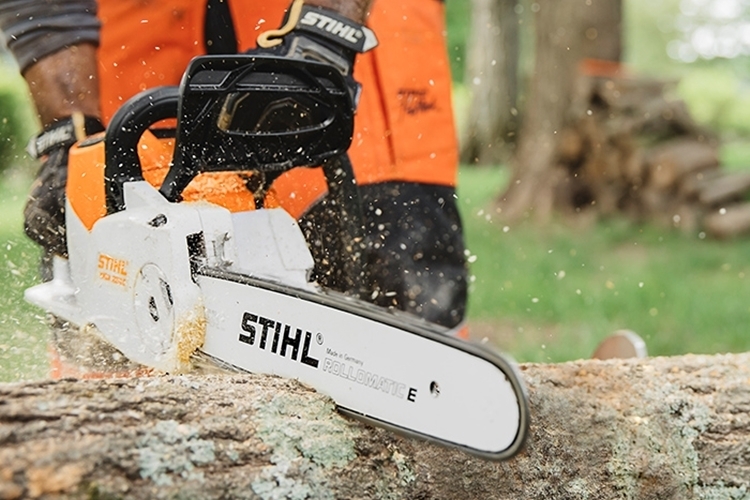 It’s fast, it’s powerful, and it’s one of the most durable electric chainsaws we’ve ever used. There’s enough power in this rig to cut through everything but the largest trees, too, with a forgiving design that won’t easily damage the bar-and-chain even when novices use it with less-than-optimal technique. All the small conveniences we love in many electric chainsaws are available here, from the tool-free chain adjustment and auto-lubrication to an auto-engaging chain brake that activates whenever the tool kicks back. There are some elements unique to it, too, including a felling guide that shows you where the tree will fall while you’re cutting, and an efficient lubrication system that uses just half the oil compared to conventional chainsaws.

It appears to vibrate less than many electric chainsaws we’ve tried, so it’s a lot easier to handle, although it’s also louder than them, which, we guess, is a result of the powerful motor. Yeah… you’ll want to wear ear muffs when working with this thing. It’s worth the trouble, though, as it’s arguably the best performing electric chainsaw you’ll find in the market today. Available with either a 14- or 16-inch bar length. 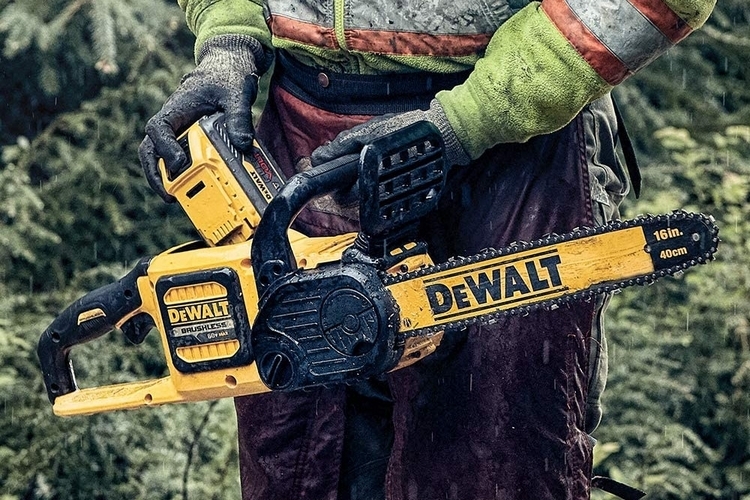 While it’s not as powerful as the two previous chainsaws, this model’s 16-inch bar-and-chain and a 60-volt battery packs enough muscle to cut through most any job you can throw its way. The battery seems to hold up a bit longer, too, so you can get a lot of work done before requiring a battery swap. Basically, it offers one of the best balance of cutting power and battery life, making it a good all-around chainsaw for residential users, especially since it packs the same conveniences you’ll find in other consumer-friendly models, such as tool-free chain tensioning, automatic oil application, and kick back protection. It’s also on the quieter side, so the neighbors just might end up liking you better. 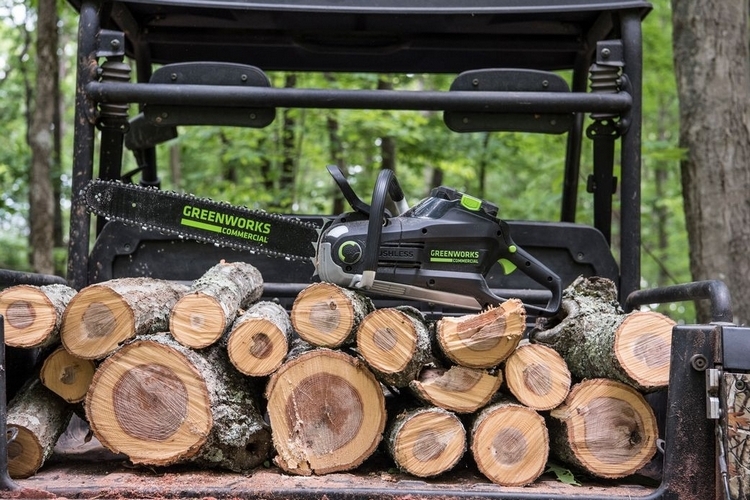 The outfit claims the GS181 can provide the power and torque of a 50cc gas chainsaw. While we can’t verify that without a more in-depth comparison, the way this thing’s 18-inch bar-and-chain ensemble cuts through lumber and branches does make us think they’re on the right track. It feels every bit as powerful and hardwearing as the much more expensive Husqvarna, although it does fall short on the endurance department as it uses a much smaller 4Ah battery (compared to the Husqvarna’s 9.4Ah). Do note, this chainsaw is heavy, tipping the scales at over 17 pounds once the batteries are loaded. 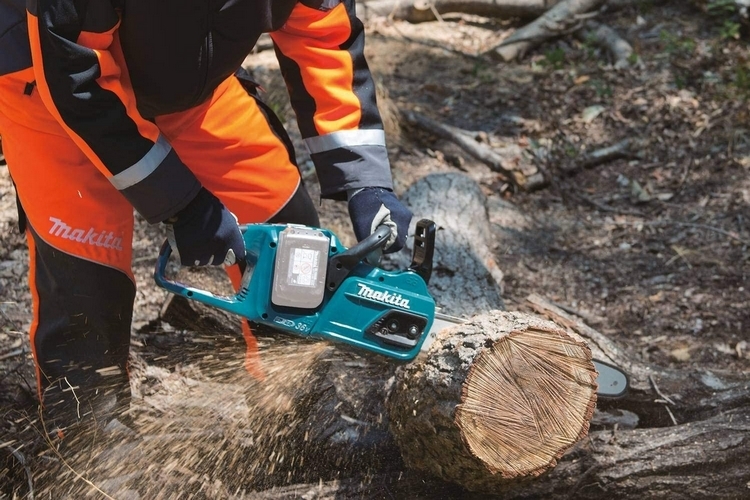 If you want an electric chainsaw you can bring along to the trail (or if you’re already invested in Makita batteries), consider this more compact model, which measures just 5.5 inches at its widest point and weighs a mere 9 pounds. It’s not as powerful as some of the previous chainsaws, bringing just enough cutting muscle to rival the performance of 32cc gas models (according to Makita), which is good enough for clearing trails and most yardwork duties, along with cutting down smaller trees. Yes, you can probably use it for felling medium-sized trees, but you’ll have to put in a lot of time. 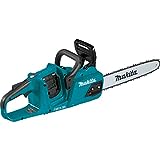