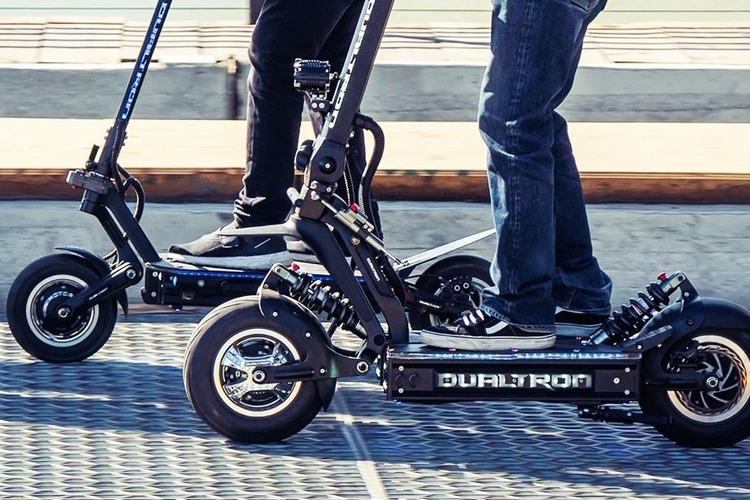 Depending on where you live, you’ve probably noticed that traffic is back. Yes, tons of cars are on the road again and, with the increased health risk of public transportation, even more folks are opting to take their cars even on shorter commutes. If you’d rather not take the car for a short trip to the grocery, the salon, or the Chinese takeout spot, an electric kick scooter is one of the most efficient rides you can get as an alternative.

They’re way more portable than a bicycle and way easier to ride than a skateboard, all while being small enough to weave through traffic and fast enough to let you get to places in short order. Suffice to say, it’s a convenient ride for short trips.

What things should you look for when buying an electric scooter? Just the basics. There’s top speed and driving range, of course, so you know this thing can get you to where you need to go. You also need to consider the weight, as it will matter a lot when you’re taking it in and out of the apartment or office, as well as the suspension, which is critical if you want a smooth riding experience. Beyond that, everything else depends on your preferences.

For our money, these are the electric kick scooters worth getting. 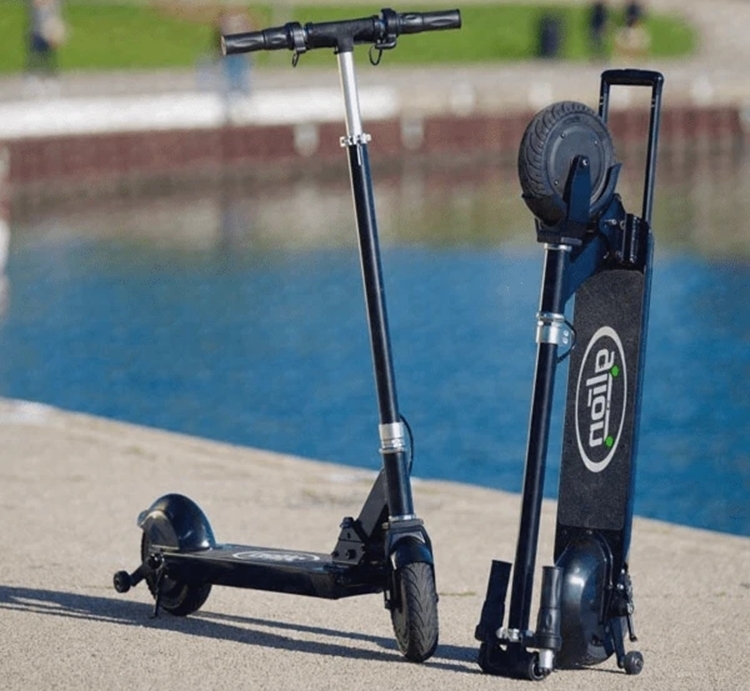 Sometimes, you want stuff with all the bells and whistles. Other times, you just want the bare essentials. The Glion Dolly is all about the latter, giving commuters a reliable ride at an affordable price. Seriously, if you just want an electric scooter for quick trips to local shops or the last-mile stretch from the parking lot to the office, this offers arguably the best bang for the buck.

It runs at max speeds of 15 mph, covers a 15-mile range, and weighs just 28 pounds, all of which are basic stats for the category. They also threw in a front fork suspension, anti-locking brakes, and LED lights on both ends, so it should be equal parts comfortable and safe. What makes it stand out, though, is the “dolly” feature, which allows you to tow it like rolling luggage when it’s folded, saving you from having to carry it by hand like other scooters. It’s really convenient. 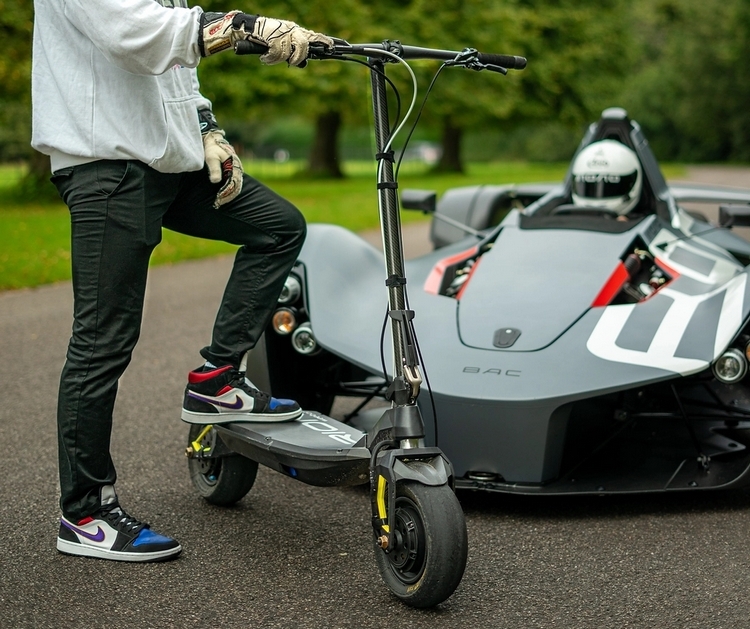 No, this isn’t your run-of-the-mill last-mile transport machine. While you can use it for that, the RE90 is all about fun, with its electronically-limited 80 mph top speed allowing you to blast through open roads at a blistering pace. If you can turn off the electronic limits somehow, it can even hit 100 mph, although, we imagine, it’s absolutely unsafe at that peak. Granted, you’ll want to rein that max speed when weaving through traffic, sidewalks, and more crowded areas, but going a full 80 mph on what’s essentially a skateboard with handlebars and suspension just sounds like a heck of a good time. Just make sure to gear up with proper safety equipment, because at those speeds, things can go sideways with one mistake.

Basically, it’s the electric scooter equivalent of a sports car or a liter bike, both in price and specs, being geared more towards recreational riding rather than simply getting you through the last mile of your commute. It’s powered by a pair of brushless motors, one each in the front and rear hubs, with a rigid front fork, firm suspension on the rear arm, and 140mm rotor disc brakes giving you maximum control on the road. It weighs 59 pounds. 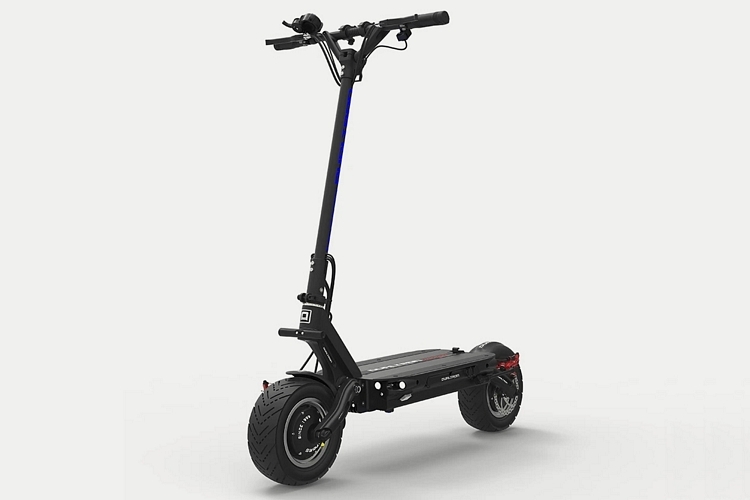 First, the caveat: the Thunder is heavy as heck at 95 pounds, so you won’t have an enjoyable time lugging this around inside office buildings, groceries, and stores.  That heft comes courtesy of the battery pack, which holds an astounding 75 miles of range. This makes it one of the few electric scooters out there that you can use for all-day transport, whether you’re making multiple stops for work or going somewhere outside the city when your car is in the shop.

It’s fast, too, with the ability to go up to 50 mph, although it’s been speed-limited stateside to 15 mph to comply with all jurisdictions. And yes, you can remove the speed limit, if you live in an area where riding scooters faster isn’t really an issue. It has four-inch wide tubeless tires for riding in less-than-ideal roads, a climbing grade of 25 degrees for scaling uphill roads, and a three-step variable suspension system to deliver an ultra-smooth ride. The catch? Those batteries aren’t cheap, making it one of the more expensive scooters you’re going to find in the category. 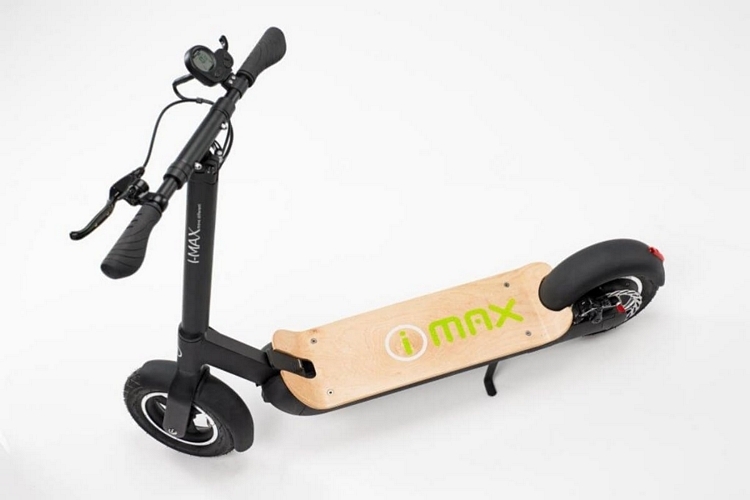 Most electric scooters are rated to support payloads of around 250 pounds. The Magnum IMAX S1, on the other hand, is designed to support up to 528 pounds, allowing you to use it to carry a good load of cargo. Granted, there’s no room on the deck to accommodate boxes and large bags, so you’ll have to load your cargo into a backpack and carry it on there. Yes, it’s not the most convenient, but it’s a functional way to carry groceries and other supplies in a pinch.

It runs at a top speed of 20 mph, covers a range of up to 20 miles, and stops using mechanical disc brakes in the rear, so performance should be comparable to most common electric scooters. The whole thing weighs 36 pounds, so it shouldn’t pose that many issues when bringing it inside offices and apartments. 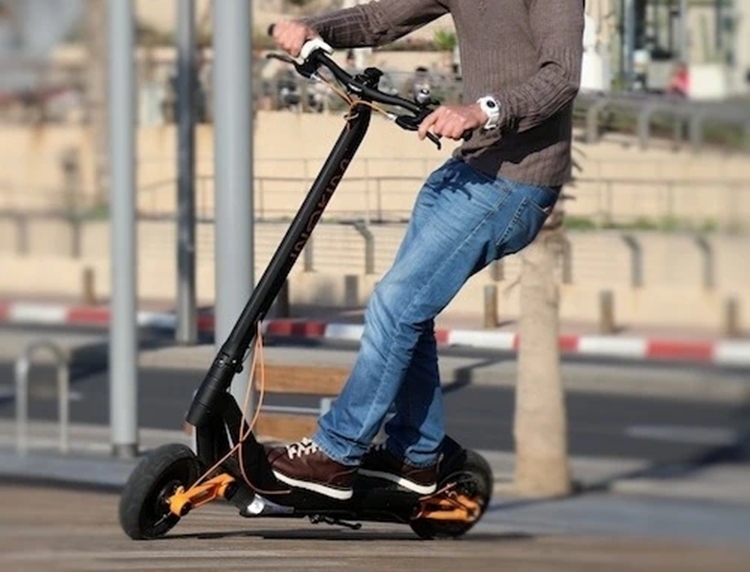 With a maximum range of 33 miles and a top speed of 28 mph, the Inokim OX is on par with most mid-range electric scooters out there. What makes it special, though, are the adjustable suspension in both front and rear, along with pneumatic tires, that make it one of the smoothest rides you’re ever going to experience. Seriously, the darn thing handles with ease, regardless of what kind of roads you end up riding in. Other notable features include single-side swingarms that make it easy to change tubes and tires, with the suspension getting two settings you can easily switch between, depending on how you plan on riding (set it to low when going max speed in city streets and high when expecting rugged patches of road).

On the downside, the scooter is heavy, tipping the scales at 61 pounds for the large battery model. Sure, it’s not as difficult to carry as those 100-pound models, but that’s a heck of a lot of weight to carry in one hand when you’re taking the stairs to the office because the elevator broke.