The floor at this year’s New York Auto Show, which runs until the end of the week, bears witness to some of the coolest cars in the world. From absolutely bonkers showcases of excess to steadfastly practical everyday cars to track-only speed demons, the assembly of vehicles run the gamut. Here are ten cars that definitely caught our attention and kept it. 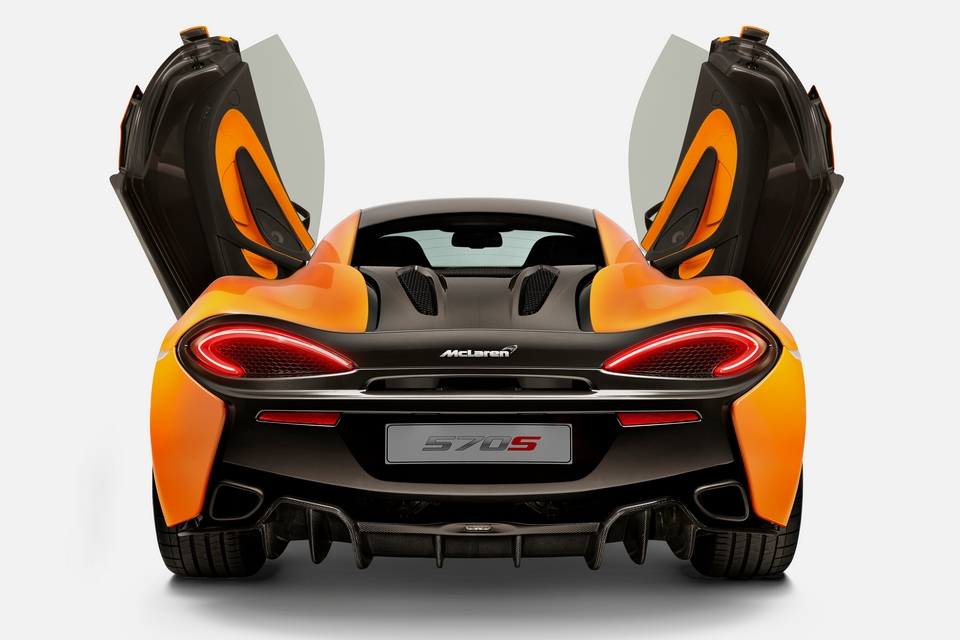 Like all McLarens, the 570S is every bit a supercar, with its 562-hp twin-turbo V8, top speed of 204 mph, and 0 to 60 time of 3.2 seconds. Yes, not to mention the marquee’s signature upwards-swinging doors. Unlike other McLarens, it’s more practical (25.5mpg on the EU combined cycle), accessible (it’s aimed at the high-end sports car market), and attainable to the average fellow. Well, the average fellow with an above-average income because it still costs a cool $180,000. 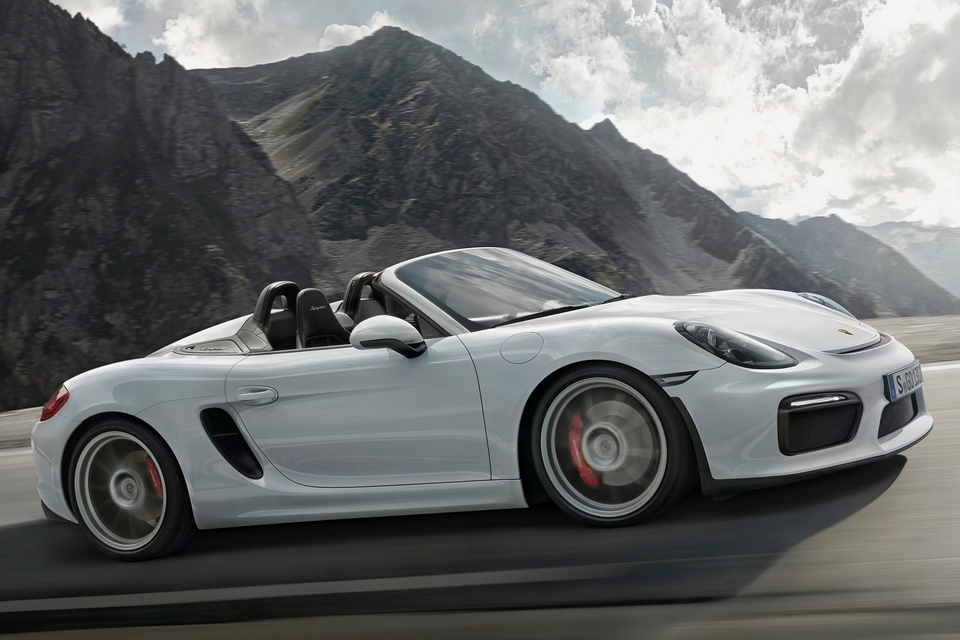 Lightweight and efficient, the Porsche Boxster Spyder embodies the badge’s roadster in its purest form. Powered by a 3.8-liter flat-six putting out 375 hp, the open-top two-seater can hit speeds of up to 180 mph and go from standstill to 60 in 4.5 seconds, rivaling the performance numbers of the automaker’s similarly-excellent Cayman GT4. Boxsters have long been a cult favorite for their combination of lightness and power – a tradition that will, undoubtedly, continue with this latest iteration. 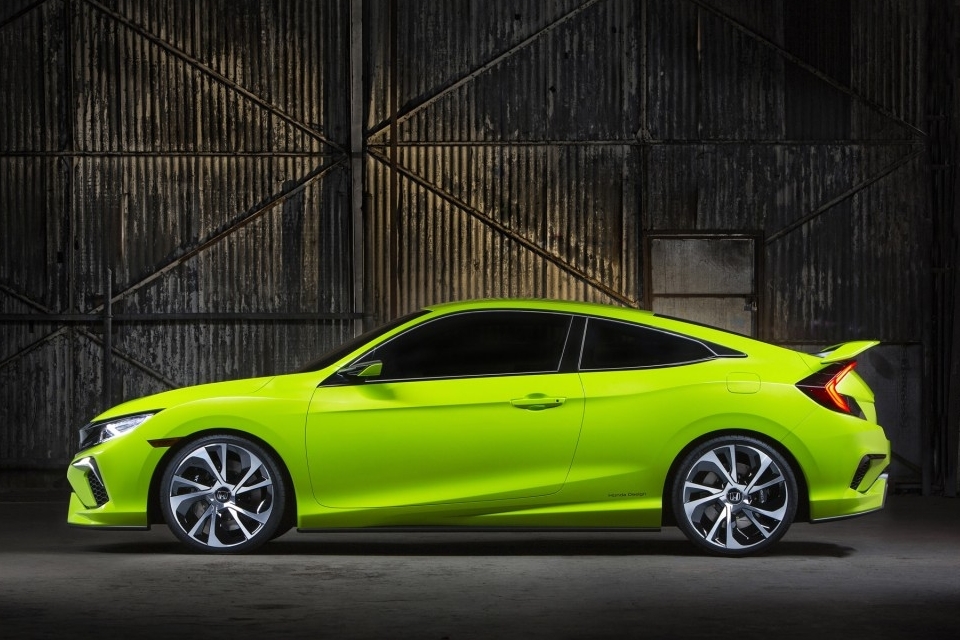 A surprise debut at this year’s show, the Honda Civic Concept brings a longer hood, a wider stance, and an overall more aggressive styling than the previous generation – design elements that will find their way to the line’s upcoming production models, which include the sedan, coupe, five-door hatch, Si, and Type R variants. Honda is calling it “the most radical redesign” for the Civic in the car’s entire history and, judging by early reactions to the concept, it’s going to be a welcome change. Who’d have thought that the Civic, a car people buy for its practicality, can still be exciting? 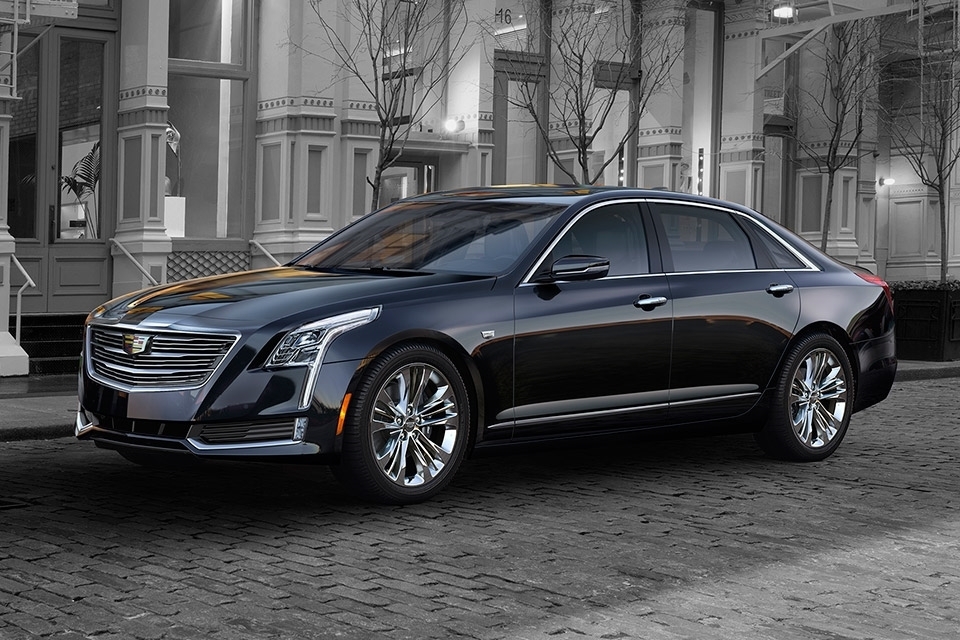 Everybody loves a big Caddy and at this year’s show, there is nothing but love for the Cadillac CT6, a full-size luxury car carrying the weight of a mid-sized automobile. Fully deserving of its flagship throne, the top-of-the-line model houses a 400 hp twin-turbo V6, an array of new automotive technologies, and more luxury than you thought you ever wanted in a car. By luxury, we mean stuff like heated massaging seats, 34-speaker Bose audio system, quad-zone climate control, and a pair of 10-inch screens for backseat-dwellers, among a whole host of other in-car conveniences. 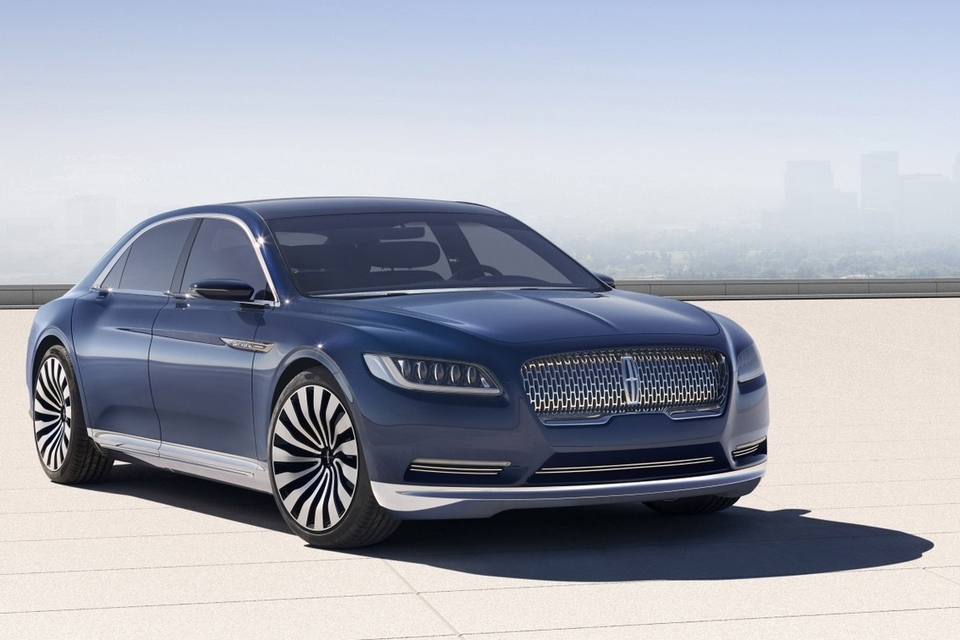 A true showcase of new technologies and design, Lincoln’s hulking concept car made an imposing presence at the show. Simply put, this isn’t the Continental you remember grandpa driving, with its 3.0-liter V6 EcoBoost engine, Lincoln Drive Control, SmartGlass tinting sunroof, and over 50 new patented components that combine to deliver a modern luxury ride. While announced as a concept, the car should be used as the basis for how the line’s upcoming production cars are going to look like both inside and out, making it exciting times for fans of the luxury marquee. 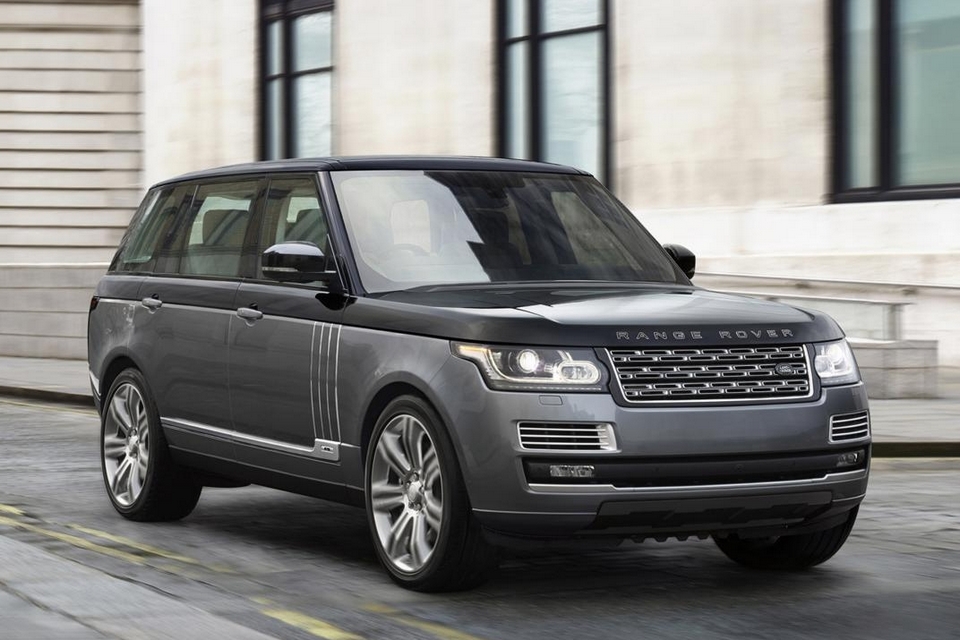 Billed as “the most luxurious and powerful” Range Rover in the badge’s nearly half-century of existence, it’s also the most expensive, with a ticket price of $200,000. With a 550-hp V8 engine, a distinctive duo-tone paint scheme, and opulent accommodations, this product of the Land Rover Special Vehicle Operations team (yes, that name could be a Law & Order spin-off all on its own) does seem worth every penny. With an interior that boasts premium leather seating, mohair carpeting, a built-in cooler, powered tables, sliding load floors, and an optional Event Seating that folds out of the luggage compartment, it’s a beautiful combination of power and luxury. 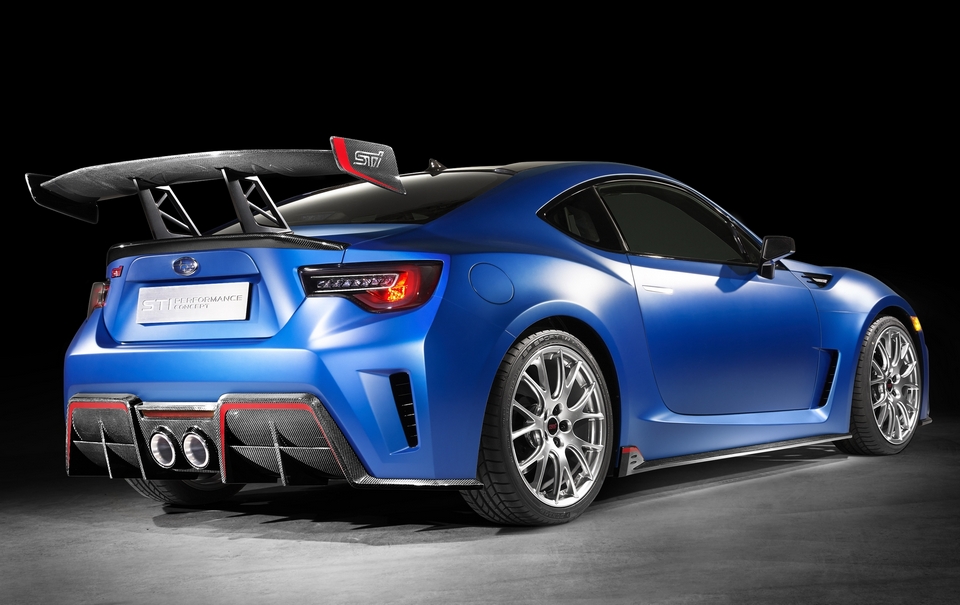 Created to showcase the tuning prowess of Subaru Tecnica International, the Subaru STI Performance Concept shows folks how to properly modify a Subaru BRZ – by pumping it with loads more power, apparently. That power comes courtesy of a turbocharged engine borrowed from Subaru’s Super GT series racer, which is partnered with a bolstered suspension, upgraded chassis, and a monstrous rear wing that makes you want to sing Baby Got Back. For a car. And, no, they’re not releasing one, just teasing you with another thing you can wish for, but probably never have. 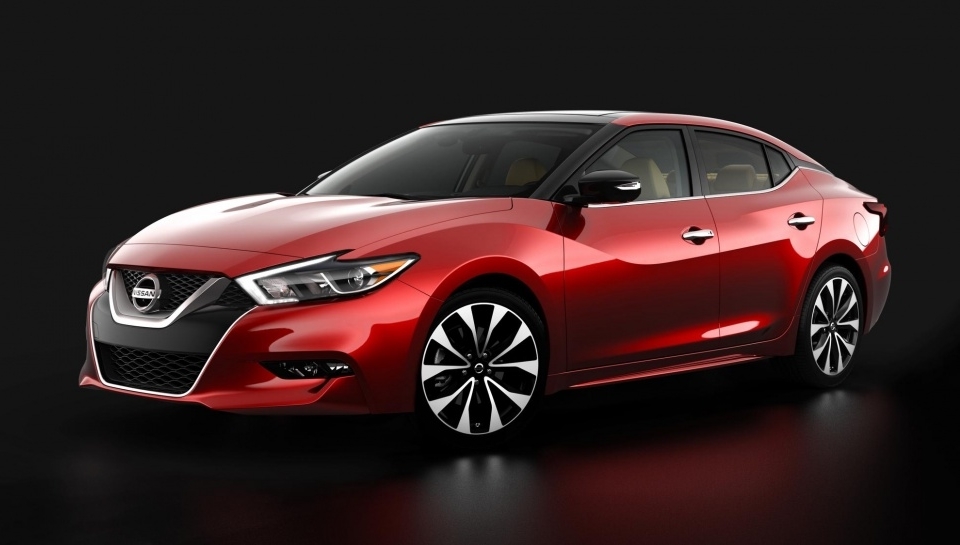 Originally a concept, the Nissan Maxima stays true to that early prototype, turning itself into, arguably, the most stylish full-size sedan in its class, Nissan’s insistence on calling it a “four-door sports car” notwithstanding. A distinctive presence, it boasts a wraparound roof, a massive V-shape grille, and boomerang headlamps that give it an undeniably muscular look. Know how buyers often get confused on whether they want to get a Maxima or an Altima? Well, the 300 hp V6 in the new Maxima should pave the way to the clear choice. 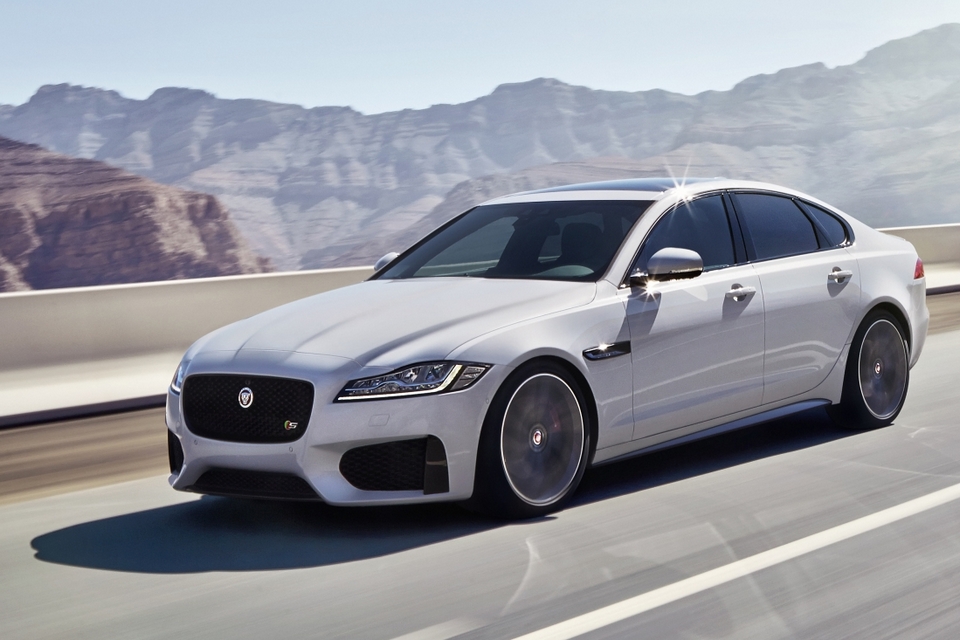 The 2016 Jaguar XF isn’t a grand reinvention of its predecessor. It is, however, a remarkable improvement, with a lighter weight (265 pounds less), bigger power (380 hp V6), and a new chain-driven all-wheel-drive system that prides itself on high-efficiency. Sporting an aluminum-intensive architecture, it boasts a near-perfect 50-50 weight distribution and a 28 percent increase in torsional rigidity. Inside, the 10.2-inch touchscreen display is fitted with an all-new infotainment system called InControl Touch Pro, which boasts both gesture and voice controls, along with a number of cutting-edge features. 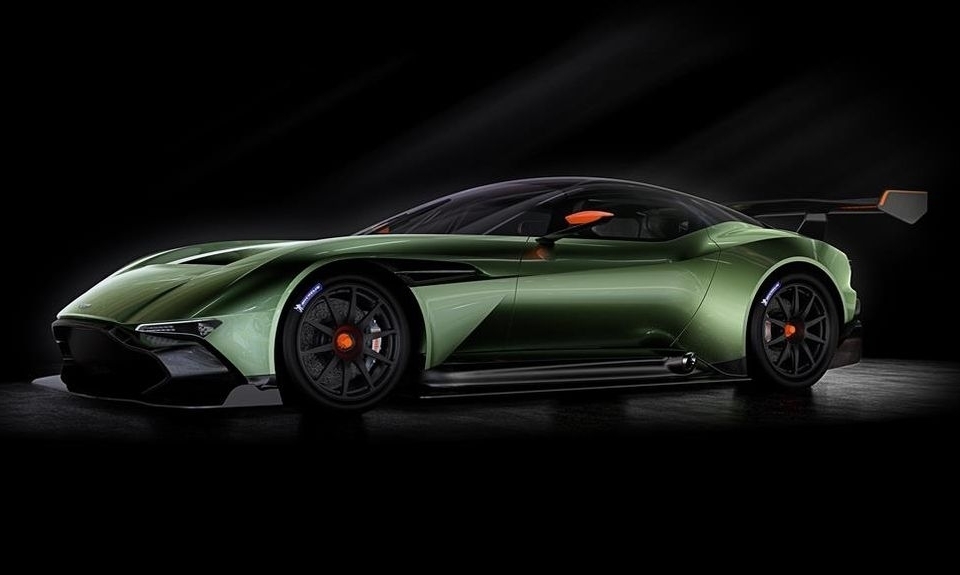 While the Vulcan was first unveiled at Geneva, Aston Martin also brought it to the show floor at Manhattan and we’re glad they did. Simply put, there’s nothing else like the flame-shooting hypercar that the company is calling their “most intense and exhilarating creation to date.” With power figures north of 800 ponies and styling that makes it look like the nastiest roadburner ever conceived, it’s undoubtedly one of the highlights awaiting anyone who decides to swing by the show.