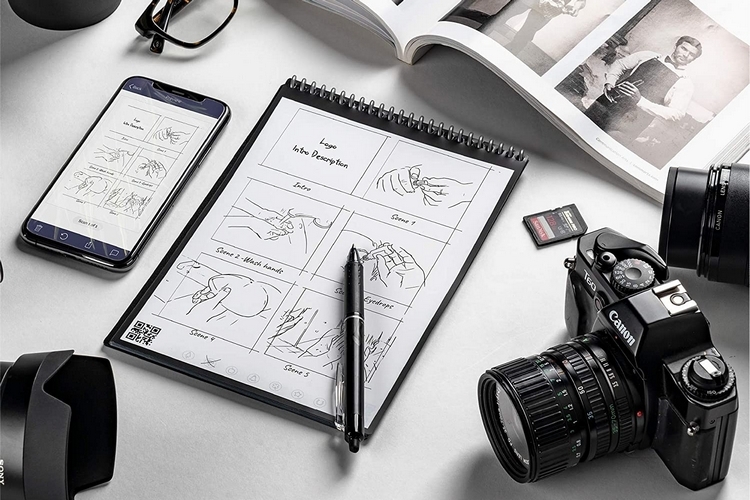 Many people have replaced their pens and notebooks with a tablet-and-stylus combo. That’s a good thing, since digitized notes spars you from having to keep dozens upon dozens of notebooks over time, all while having easy, searchable access to everything you’ve written down. Problem is, some people just write better on physical stationery. Maybe, it’s the more tactile feel. Maybe, it’s the intuitiveness of the actions. Or maybe it’s just a habit that they’ve developed over the years. Whichever the case, some people are just more comfortable working with good old pen-and-paper.

For a time, people who wanted to stick with pen and paper, but still wanted the benefits of digitally-archived notes had to scan their notebooks page by page, then either save each as a JPEG or run each one through an OCR software to convert them to digital text. It worked well enough for the most part, but still required you to take a few hours (or longer) every so often just to digitize a bunch of notes.

Fortunately, a new generation of notebook-and-pen combinations have been developed with digital content in mind. They allow you to continue using analog stationery products like it’s 1985, while digitizing them for easier integration into your 21st century digital life. Here are some of the best options in the category. 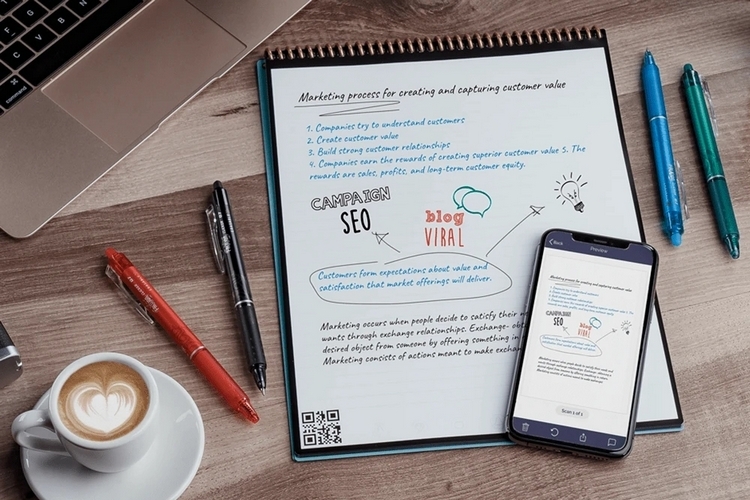 Rocketbook makes a variety of notebook products, each one with different binding systems and page layouts to cover different types of needs. What they all have in common, however, is that they’re completely erasable (when used with a Pilot FriXion pen) and easily scanned into digital form using the Rocketbook app (iOS and Android), allowing you to quickly digitize pages using your smartphone. Even better, each page has icons at the bottom that you can mark to tell the app the exact folder on any specific platform you want to store it, so it’s automatically sent to your notes app of choice, making it extremely easy to catalog compared to manually scanning and organizing everything. It supports most of the popular platforms out there for storing notes, including Dropbox, OneNote, Evernote, Google Drive, Box, and a whole host of others. Some page layouts even include a title bar that you can fill in with the filename you want the scan to be saved as, making it even easier to organize your note archives.

The best part? Not only is it the cheapest alternative out there, it’s also endlessly reusable (just wipe the pages clean and it’s new again), with only FriXion pen refills serving as a recurring cost. Simply put, it’s a whole lot of utility at a very affordable price. 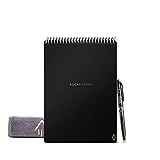 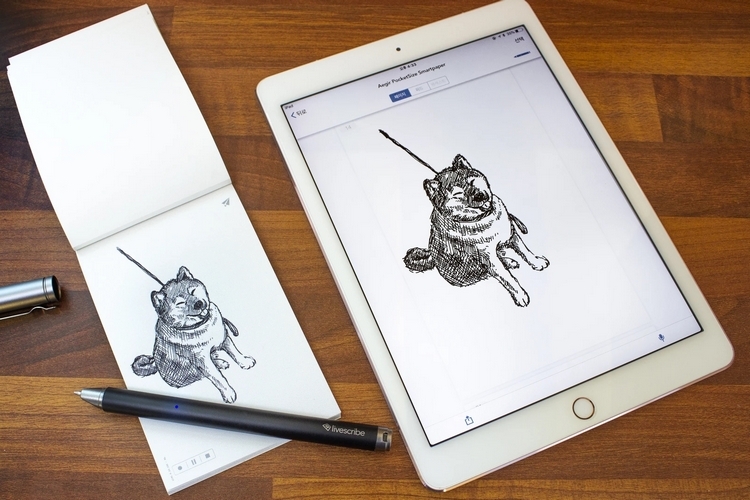 This smart pen works in conjunction with any Livescribe notebook and a companion app to automatically store everything you do on the analog paper into a digital counterpart.  When used with one of the outfit’s microdot-printed notebooks, every line, stroke, and dot you execute gets stored into its onboard memory, which has enough room for up to 1,200 A4 pages’ worth of notes and doodles. From there, you can sync the stored data to the companion app, where it will be translated to the exact things you put down on paper in digital form.

The pen works for both text and illustrations, so your handwritten notes, mind maps, charts, and sketches can all be immediately converted to images and stored to any of the supported cloud services, with no need to manually scan any page. Even better, it supports text recognition in over 27 languages, so you can have all your notes saved in text format, allowing you to integrate it into documents, reports, and other written materials. 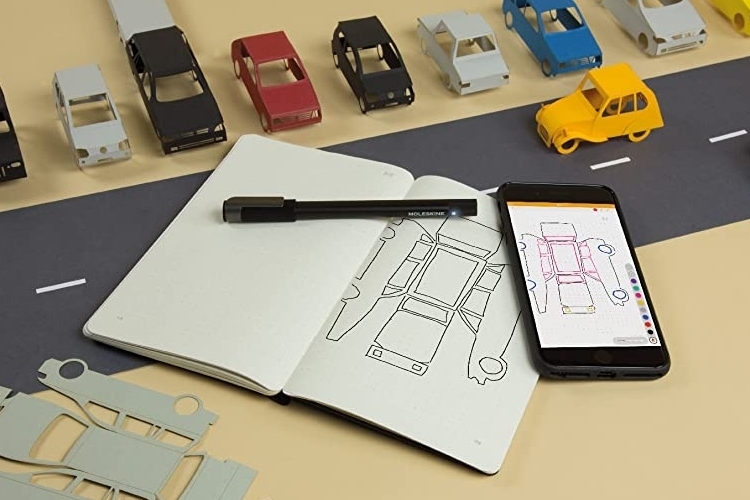 Similar to Livescribe, Moleskine’s analog-to-digital system consists of a smart pen that stores everything you put down on paper and a specialty notebook with a fine invisible grid that the pen uses to determine its position on the page. Up to 1,000 pages can be stored on the pen’s onboard storage before you need to sync it with the app, although you can also record everything to the app in real-time by maintaining a running connection. When saving pages to the app, you can accompany it with voice recordings, so you can talk about the context behind the sketch or the idea behind a design, giving you a lot more information when digging through your notes later. And yes, the app has OCR technology that converts the text image to rich text (you know, the kind you can save as a text file), provided you’re writing in one of the 15 languages supported. 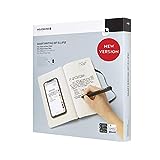 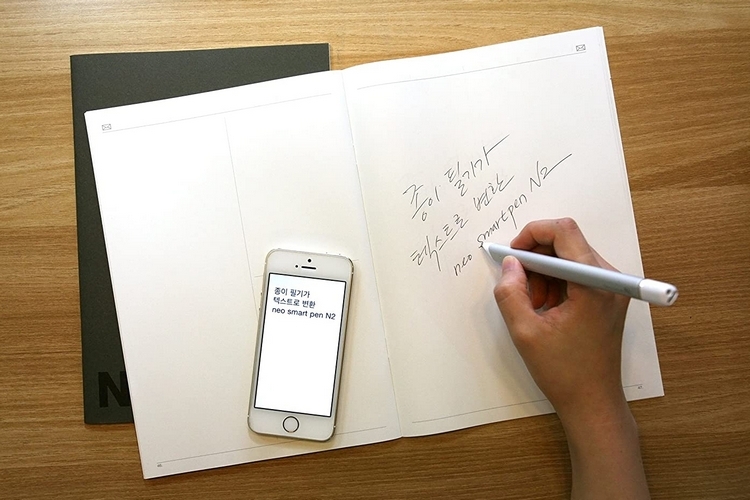 Just like the two previous products, this pen has a tiny camera that recognizes patterns on the paper, allowing it to interpret your analog writing into a digital format. While you can buy those notebooks, called N-Code, pre-printed with the necessary patterns, they also offer the patterns as a downloadable PDF, so you can print them yourself, so you can write your notes and draw your sketches on your choice of paper products. Do note, they recommend printing using a laser printer to ensure the very feint micro-dots are properly reproduced. The pen itself has 90MB of storage for storing pages before syncing with the app, along with a battery that holds up for six hours of operation. It uses the common D1-type pen tip, by the way, so you can easily get cheap refills as needed. 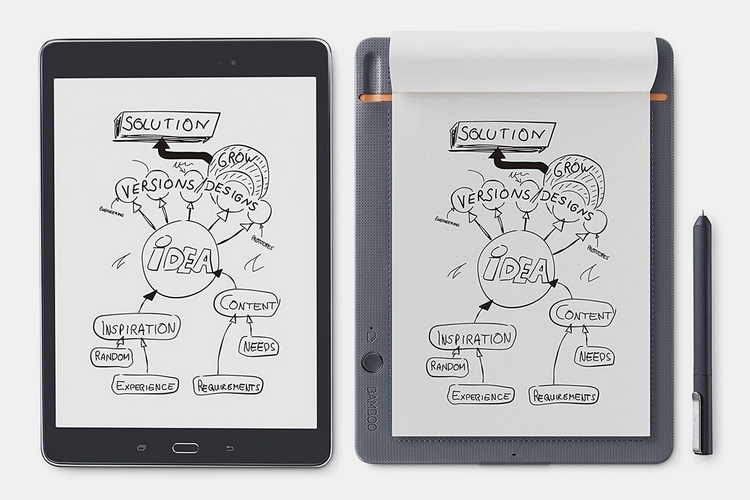 The Bamboo Slate consists of a smart pen, a clipboard that holds your notes, a companion app, and a sheet of pad. You place the pad on the clipboard, pair the system with the companion app (Android and iOS), and work your magic with the pen. Once you’re finished with a page, you need to press a button on the clipboard, which prompts it to store your note or sketch on the app.  Do note, you will need to press the button each time you change the page to ensure it saves the individual pages correctly. Not only will it detect each line, dot, and stroke, by the way, it will also detect how much pressure you apply, so it can differentiate between thick lines and thin ones, correctly reflecting that in the digital copy.

The Bamboo Folio does, pretty much, the same thing, but comes with a folio-style cover instead of a clipboard, so you have a front cover for the notepad. Everything else works the same, including the ability to use any brand of notepad you prefer.

Do note, these two are a bit hard to track now, so you might want to check eBay if you can’t find them at your go-to online place. 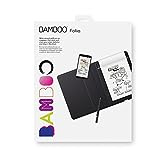