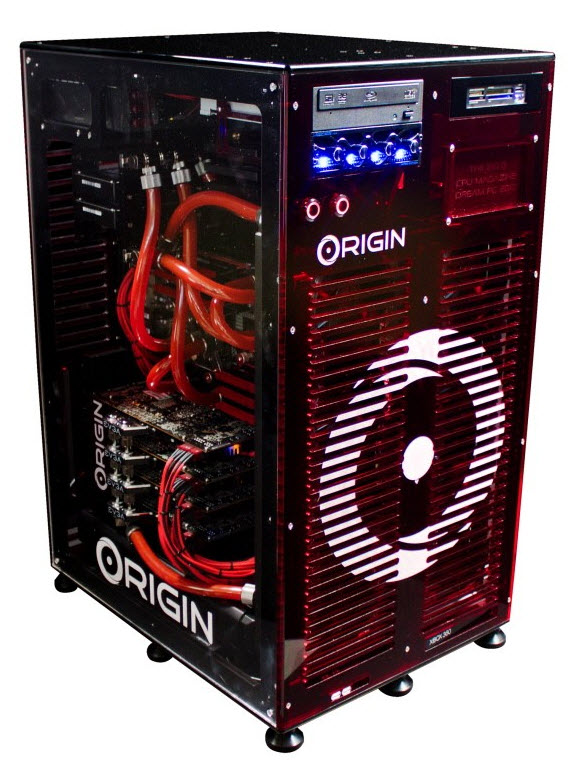 For home computers, gaming systems typically take the cake in absurd specs.  We doubt it’s ever gotten crazier than Origin PC’s Big O, though, which combines a  liquid-cooled gaming PC with a liquid-cooled Xbox 360 Slim, both in a single beefy case.  Really.

The easiest way to shut up friends bragging about their gaming rigs, all you have to do is say, “My PC has an Xbox 360 inside” and it’s game over.  Even better, both the PC and console can run at the same time, so you can have a Windows version of Modern Warfare running on one TV, with the Xbox version running on another.  Now, if you only had four hands and two sets of eyes… 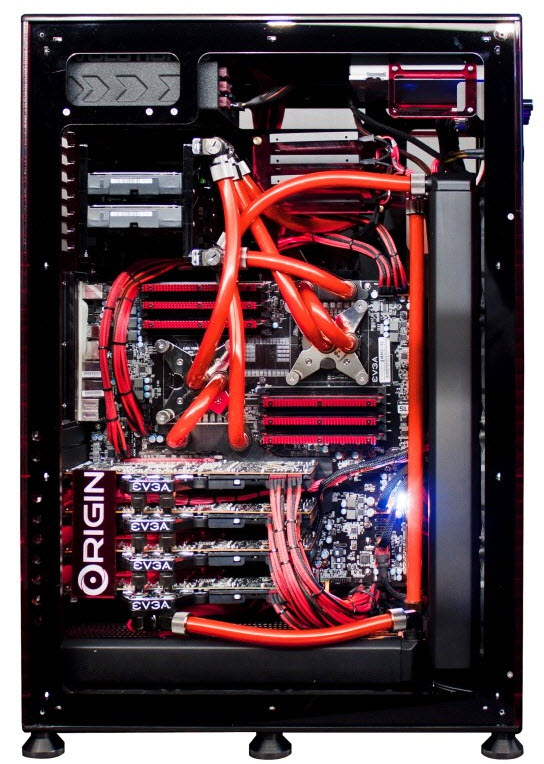 Like other gaming PCs, you can configure the Big O however way you like.  Specs start with a Core I7 930 (overclocked to 4.5 GHz), a Rampage III Extreme mobo, dual Nvidia GTX480 graphics cards, 6GB of RAM, a 50GB SSD, a 2TB hard disk, a Creative Fatal1ty sound card and an integrated Xbox 360 Slim inside a Danger Den Tower 21 case.  Everything’s liquid cooled, so even those notoriously suspect Xbox machines should be safe from its normal bouts with overheating.

Prices, of course, are steep.  Basic configuration starts at $7,699, with your eventual bill varying depending on what you throw in there.  A suggested CPU Magazine configuration, which has dual Intel Xeon X5680s, 12GB of RAM and a crazy load of other high-end specs, tips in at $16,999.  It comes with a minimum one year warranty (the CPU Magazine setup gets 3 years).