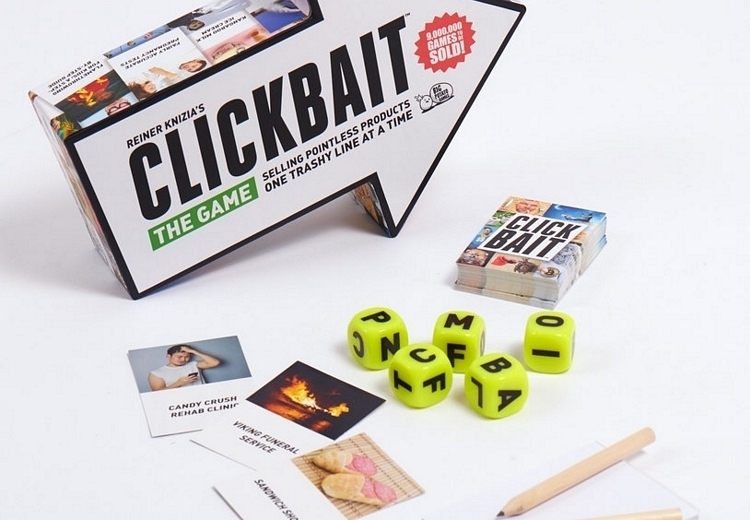 Some people get annoyed by clickbait headlines. Others find it amusing. Regardless of how you feel about it, might as well just accept the fact that the darn thing will exist because some people will always be easily bamboozled. And while you’re at it, why not become a master of clickbait by honing your craft in the Clickbait Party Game?

Yes, someone turned the act of writing clickbait copy into a party game that you can play with friends while killing time in school, sitting around a campfire, or just doing shots at home. That way, you can learn to enjoy clickbait for the ridiculous fib that it is, instead of being angry every time you get duped into reading another dubious story on your Facebook feed. It’s not like you didn’t want your time wasted if you were hanging around on Facebook anyway. 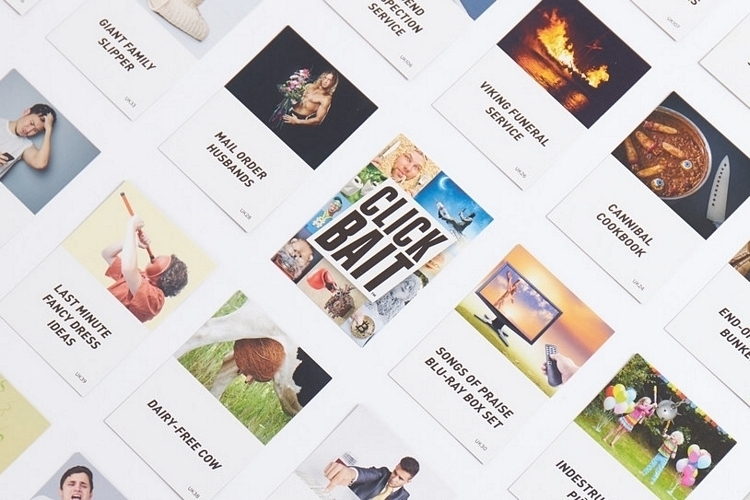 The Clickbait Party Game consists of a deck of cards and a set of dice with letters on each face. Each card comes printed with one product, service, or story idea, most of which are either ridiculous, outlandish, or just plain inane.  You know, like a U-bend inspection service for your toilet, a Viking-style funeral service, or an indestructible piñata. It comes with five dice, each of which has a letter printed on the face. All 26 letters of the English alphabet are included, of course, with four letters repeated (we don’t know which, though).

To play, pick up a card from the deck and roll the five dice. Pick up a pen and a pad, then write down the five letters on the page. You will use those five letters to create a clickbait-worthy headline or slogan for whatever item is on the card, using each one as the first letter for each word on your clickbait. For instance, you draw an “extendable fish leash” card, then get the letters GMFAW. You can then write “Goshdarn, my fish are walking!” Well, that or something way better. You get the drift. 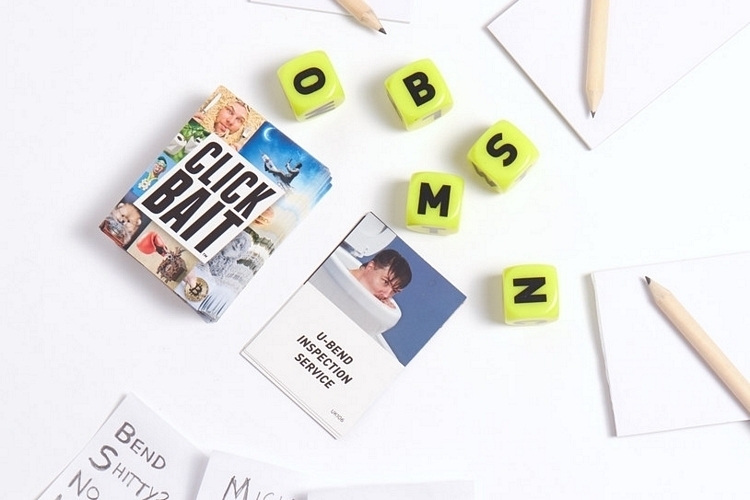 In the Clickbait Party Game, all of you in the party need to write your own clickbait slogan using the five letters, then altogether vote for the best one. Whoever gets the most votes is declared victorious and wins the prize. What’s the prize? That’s up to you and how drunk you all have gotten by the time you started playing. I mean, you won’t believe what kind of things people used as party game prizes once they were very drunk! Hey, it’s a story about clickbait, give me some slack. 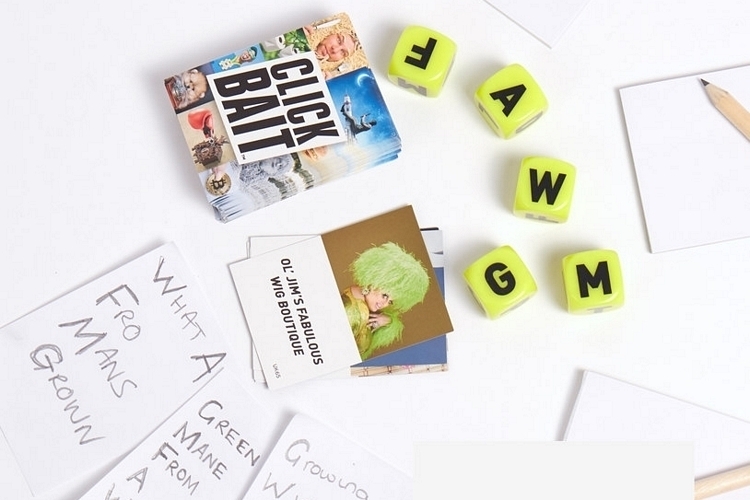 If you’ve been looking for a fun game to play with friends that fancy themselves to be creative wordsmiths, we can’t imagine something that can create more rollicking fun than this. Do note, you may want to stock up on pads and pens for those days you’re having big group over. You can also use just one large flip chart and a marker in case you want all the slogans to be cobbled together in one place.

The Clickbait Party Game is available now, priced at £19.99.