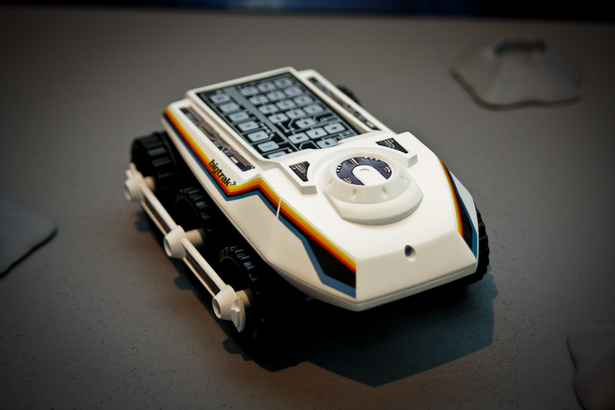 Remember the BigTrak?  Neither do I.  Apparently, it was huge in the early 80s.  Being a programmable lunar vehicle (you can preset it to run specific routes), I can understand why.

The 21st century remake will be called the BigTrak Jr. and will measure half the size of the original model.  As with the previous version, the more compact replica can be programmed to run specific routes.  Instead of 16 preset movements like its predecessor, though, the reboot can be programmed to perform up to 32 different steps.  Yes, it can still shoot light right from its nose just like your toy used to do, old man. 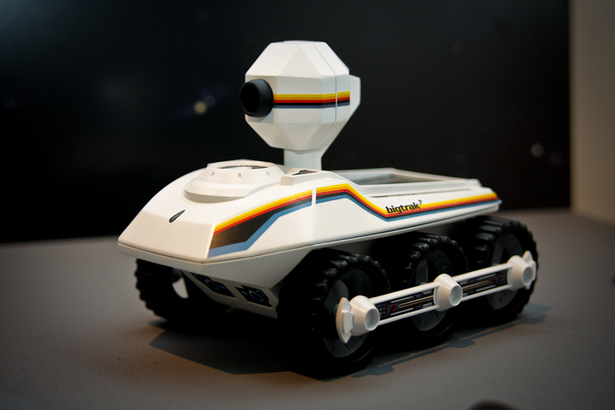 Rather than merely going from point-to-point on its own, the self-directing six-wheeler includes an “active” port to fit in two optional accessories – a rocket launcher and a digital camera.  The former is obviously for waging moon buggy battles, which could be fun.  The latter, on the other hand, should prove more useful, allowing you to take shots that can be uploaded to a computer.  An autonomous spy robot taking candid shots in the girl’s locker room, anyone? 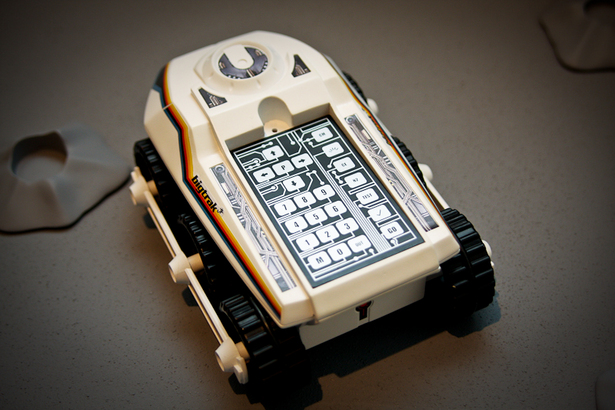 According to Dubreq, the vehicle and two accessories will only be a starting point for the system.  If it proves successful, they should have several more add-ons on the pipe, along with modified versions of the rover.   The BigTrak Jr. and the camera add-on are slated for the summer, with the  rocket launcher not scheduled until 2011.  Pricing for the lunar buggy is £29.99 (around $40), with each optional attachment expected to go under £15 ($20).

[BigTrak Is Back via Pocket Lint]