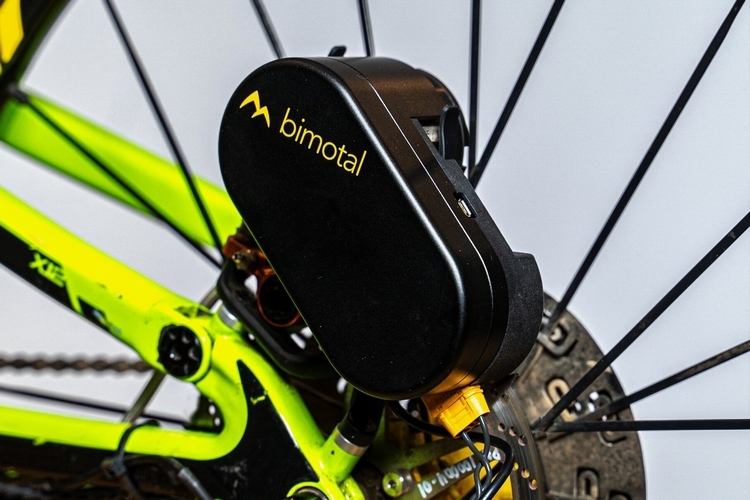 There are now several kits that will let you convert a regular bicycle into a functional ebike, allowing you to enjoy the benefits of motorized transport with the same two-wheel ride you have hanging in the garage. Some do it by replacing an entire wheel. Some do it by adding a wheel that turns your bike’s actual wheels. And some do it by letting you install a proper hub motor. The Bitmotal Elevate, on the other hand, motorizes an erstwhile normal bike by swapping in your brake rotor for its own system.

Designed for easy and convenient installation, the device installs right on the same points as externally-mounted disc brakes, so it doesn’t require any specialized skill to retrofit on your bike. Similar to disc brakes, it can also be removed at any time, making it easy to restore your bike to non-motorized form. 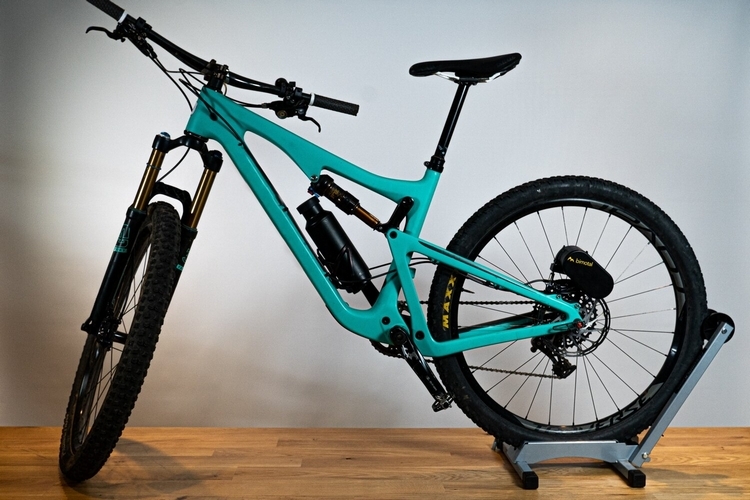 The Bimotal Elevate consists of four parts: a 750-watt motor, a proprietary brake rotor with a toothed gear on the inside, a tube-shaped battery, and the throttle control. To start, simply install the new brake rotor and the motor on top of it, along with the disc brakes you removed when you made the replacements. The battery is sized to fit in standard bottle cages, so you can mount it in the same place you dock a water bottle on your bike, while the throttle goes on the handlebar. The entire system is wired together, by the way, so you’ll have to mess with cables and tidy them up all on your own.

Once set up, you simply ride it like any regular ebike. When the throttle is pressed, a powered gear on the motor engages the brake rotor and starts turning the wheel, so anyone should be able to get their head around the controls easily enough. According to the outfit, it can reach top speeds of 28 mph, with an estimated of up to 30 miles, depending on usage. If you decide to floor it and run at max speed the whole time, the outfit estimates the range will go down to around 15 miles. 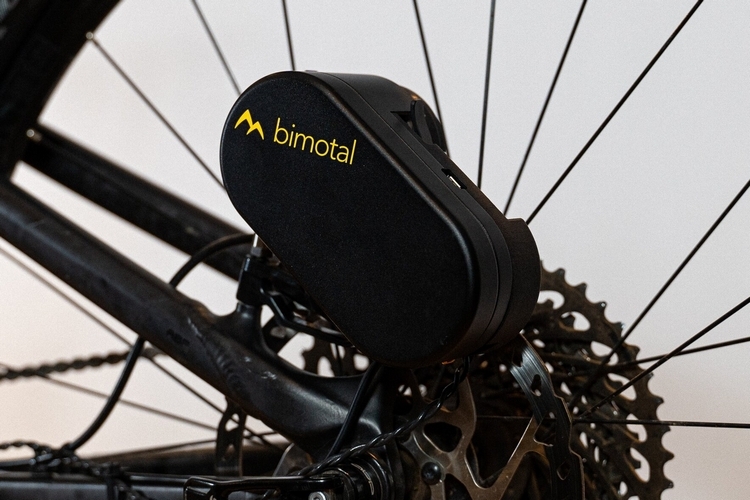 The Bimotal Elevate can be easily removed from the bike by simply taking out the battery from the cage and squeezing the two quick-release tabs on the motor to disengage it from the bike. That’s it. You can leave the bike rotor, since it’s functional enough as a regular rotor, as well as the throttle, since it won’t do anything without the battery and motor anyway. 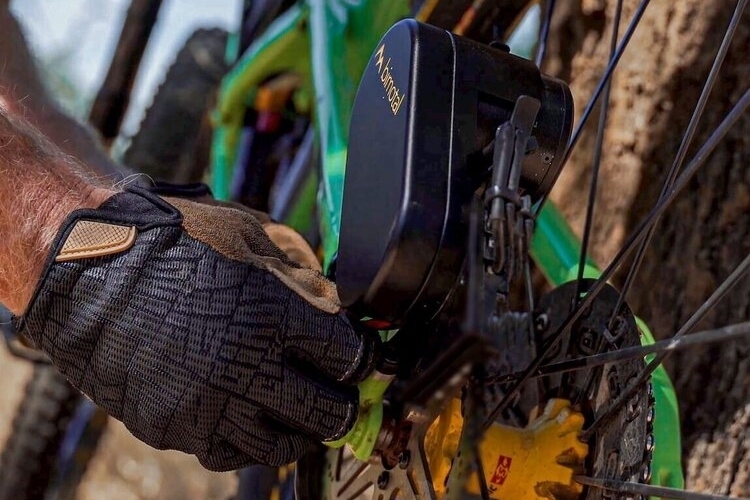 According to Bimotal, the system is throttle-only for now, so you won’t be able to use it as a pedal-assist system to extend the battery life. They are, however, working on a pedal-assist capability, which will be added as a firmware update (yes, the throttle is programmable). Don’t want this many new cables hanging off your bicycle? We understand. According to the outfit, they’re also looking to make a Bluetooth model soon, so you might want to look out for that one instead.