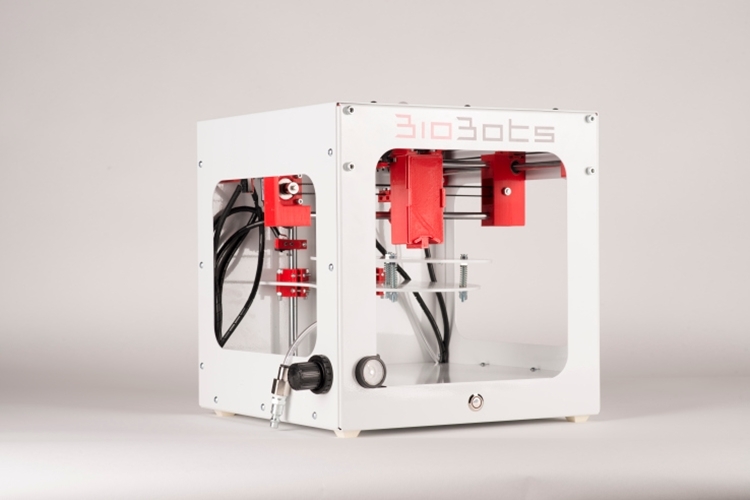 Bio-fabrication machines, which manufacture living tissue structures, already exist. Like many tools for any technology in its early generations, they tend to be huge, expensive, and difficult to operate. BioBots wants to replace those with machines resembling desktop 3D printers.

Instead of large contrivances the size of mainframe computers, the team has developed a small, low-cost 3D printer that they believe can do the job in a more efficient manner. It’s designed to be as simple to work as a 3D printer, too, taking a 3D CAD model as input and fabricating it directly inside the build area. 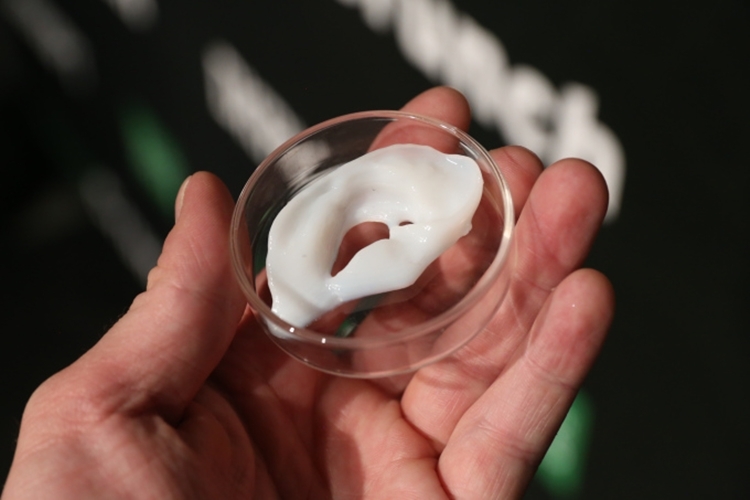 The key to BioBots’ ability to shrink the size of their bio-fabrication machine lies in the fabrication material, a specially-engineered ink that can be mixed with living cells to build living tissues and organs.   This ink, which contains a photoinitiator compound, is combined with living cells and binding compounds in a mixture that’s placed inside the machine, which is then extruded during the build via hydraulic pressure. According to the creators, the mixture they use is more effective for printing because it relies on a specific wavelength of blue light to cure and solidify, removing the need to use pressure or UV light, both of which can cause damage to the cells.

At this stage, the technology is far away from actually printing functional organs that can be used for transplants. Instead, they’re aiming at pharmaceutical companies, who can use the printer to fabricate scaled, detailed models of human organs for drug testing during the research and pre-clinical screening stages when developing new medicine.

The BioBots team recently demonstrated one of their 3D printer prototypes at TechCrunch Disrupt NY.