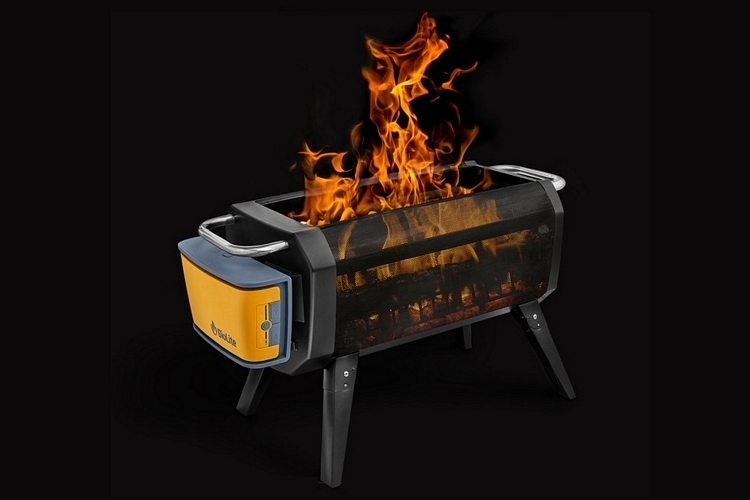 Sitting around a fire pit is always awesome, as it adds an element of warmth and relaxation to any gathering. Problem is, it also creates a ridiculous amount of smoke, which makes it just a little less relaxing. And, yes, you’re breathing that smoke. The BioLite FirePit wants to change that.

Designed to produce less smoke than conventional fire pits similar to Solo Stove’s products, the rig comes fitted with a fan inside that strategically blows air into the fire, creating a uniform temperature in the pit to dramatically improve combustion. As such, as much of your fuel as possible is burned in the blaze, rather than released in the form of smoke, allowing you to enjoy a large and hot fire without the accompanying irritant. 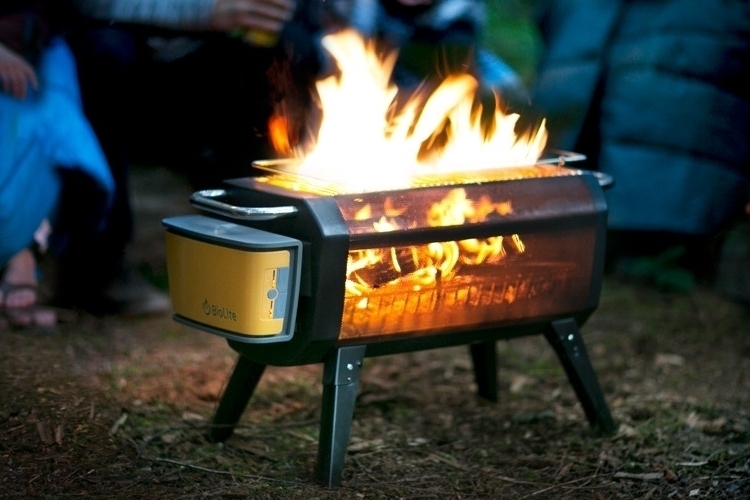 The BioLite FirePit comes in a shape similar to a duffel bag, with foldable legs that you can tuck in when transporting it in the trunk of your car. With the legs folded in, it measures 27 x 10.5 x 13 inches (length x height x depth), which makes it compact enough for bringing along when tailgating or car camping, all while serving as a decent-sized fire pit for use in the backyard. It also comes with a duffel that serves as its carrying case, which comes with an integrated solar panel for charging the fire pit’s onboard battery (the one that powers the fan).

An orange section on the side of the fire pit houses the fan and the battery, with integrated controls that allow you to set the fan speed at any of four levels, while a companion app lets you adjust it without having to get up. Inside the pit sits 51 individual air ducts where air blowing from the fan is fed to the fire, allowing it to send oxygen to key sections to help optimize the burning process. The lowest fan setting, by the way, should get you a mellow campfire feel, while the highest should create a powerful fire that produces a whole lot of heat, making it perfect for extremely cold nights outdoors. 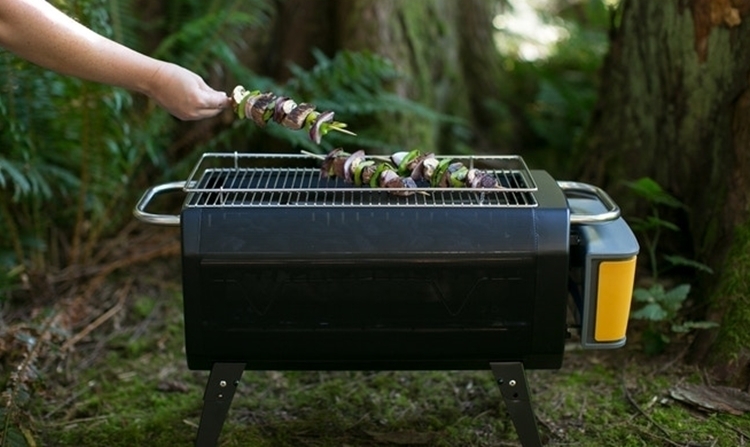 Aside from reducing smoke emissions, the BioLite FirePit’s efficient combustion means you use way less fuel to generate a large fire, so you can produce the maximum amount of heat for any fuel you placed inside the pit. It comes with a mesh metal body, by the way, so you can watch as the fire burns through the logs, instead of simply starting at a metal can with flames bursting on top like you would with traditional fire pits. 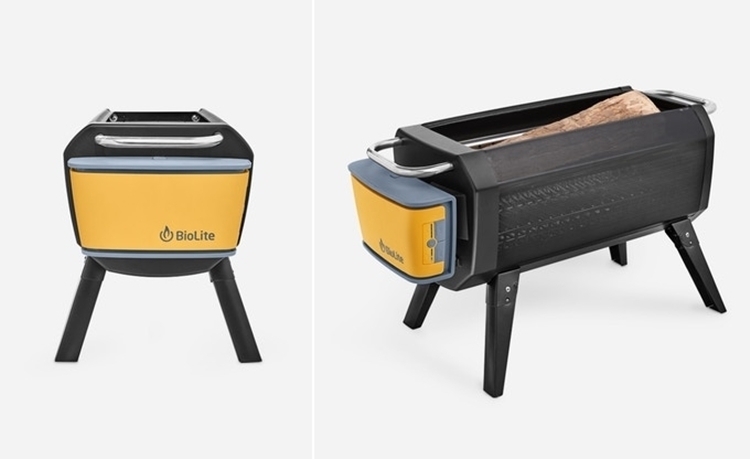 Like any good fire pit, you can, of course, use this as a grill to cook your hotdogs and burgers while tailgating. Just place the bundled grates on top and you’re set. While you can use logs just like in fire pit mode, it also comes with a rack that elevates your fuel closer to the grate, allowing you to use charcoal for grilling instead.

A Kickstarter campaign is running for the BioLite FirePit. You can reserve a unit for pledges starting at $199.