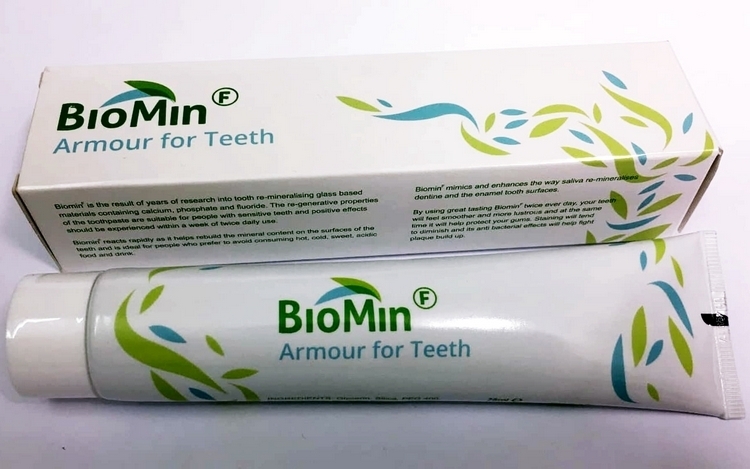 It doesn’t matter how much you brush and floss your teeth, cavities eventually happen. It sucks but that’s life. We’re not entirely sure whether a new toothpaste will improve on those results, but BioMin-F’s round-the-clock protection certainly sounds like it can improve your chances.

A new toothpaste developed by a team from Queen Mary University of London and Imperial College London, it’s a long acting toothpaste, whose potency lasts way after you’ve put the toothbrush away. Unlike traditional toothpastes that work for a couple of hours, it enacts a slow release of calcium, phosphate, and fluoride ions, allowing it to stretch the formula’s protective function for up to half a day.

Biomin-F works by binding itself to the teeth for a duration of between 8 and 12 hours, allowing it to slowly release the active ingredients over time. The fluoride content coats the teeth enamel with a protective layer that’s far more resistant to the onslaught of tooth-attacking acidic drinks like sodas and fruit juices, while the calcium and phosphate help your saliva replace any minerals lost when consuming those same acidic drinks and eating sugary food items. Simply put, the calcium and phosphate enable the toothpaste to form new tooth mineral, which helps to rebuild, strengthen, and protect the overall tooth structure.

Currently, the toothpaste is produced in 75ml tubes sold for £5 each, but is available only to dentists via wholesalers in the UK. They are planning to release it commercially by the end of the year, though, with a fluoride-free version also in the docket.