RIM is dead.  Well, sort of.  Yesterday, the company announced they’re ditching the Research in Motion moniker in favor of their globally-popular brand BlackBerry.  Yep, the company that makes BlackBerry phones is now known as BlackBerry — a sensible change, by the way, considering how little-known the RIM name is outside of North America.

More importantly, the renamed company has announced a new platform, BlackBerry 10 OS, and two new phones, the BlackBerry Z10 and the BlackBerry Q10.  Will this mean a resurgence for the company that once ruled the mobile landscape?  We’ll let you be the judge of that. 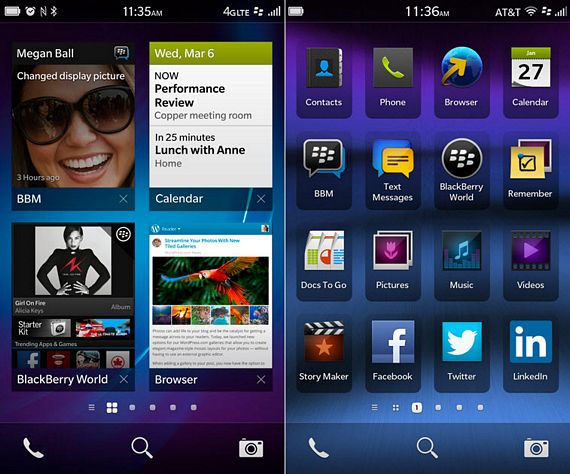 Billed as a “fully redesigned and modern OS,” the new platform is a sort of clean-sheet approach for the company, likely bringing an entirely new experience to its shrinking army of users.  All the familiar smartphone features other platforms have embraced are now onboard, all while managing to maintain a focus on productivity. While the Playbook showed us what could be for a refreshed BlackBerry phone, OS 10 brings those very ideas to life.

Chances are good that the new updates will more than satisfy the BlackBerry faithful.  How well it can attract those who have migrated to other mobile platforms, though, will remain up in the air.  Most notable of the additions to the new platform include: 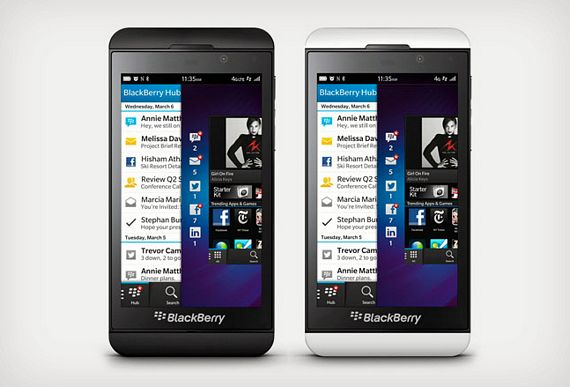 The new flagship BlackBerry has been in the rumor mill for many weeks, so those who religiously follow tech blogs won’t find anything about it much of a surprise.  Shying away from the supersize trend for flagship devices, the BlackBerry Z10 sports a pocket-friendlier 4.2-inch display, sporting dimensions that total 5.13 x 2.6 x 0.37 inches and a weight of 4.86 oz.

While I don’t find the design particularly striking, it is attractive in its own right, with a shell combining a nice balance of aluminum and hard textured plastic.  It’s slim at 0.37 inches, although far from the razor-thin frames of most premium devices in the market today.

Verizon has confirmed they’ll have the BlackBerry Z10 on their roster in March, priced at $199.99 on a new two-year agreement.  No word yet on other carriers who might pick it up. 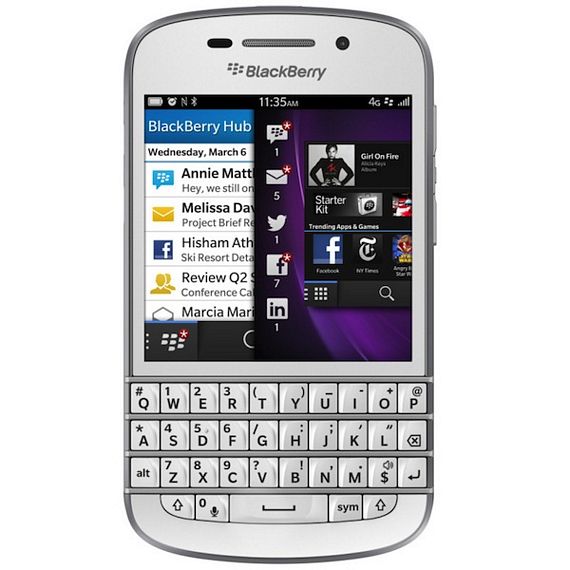 BlackBerry built their brand on QWERTY candybars, so it isn’t a surprise the second of their two new handsets, the BlackBerry Q10, bears that familiar design.  After all, it isn’t exaggerating to say that a lot of people (especially BlackBerry diehards) who’ve grown weary with touchscreen typing are genuinely looking forward to modern smartphone features in the classic typing-friendly form factor.

Since it’s built to run BlackBerry 10 OS, the handset also comes with a touchscreen right above the physical keys.  That way, you get all the benefits of BlackBerry’s vaunted tactile keyboard, all while enjoying all of the new platform’s gesture-based offerings.