Blast-Proof Your Walls With The X-Flex Wallpaper 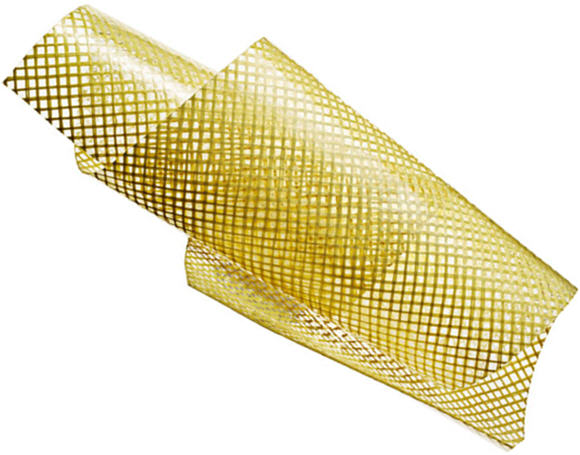 Think prayer is all you can do to keep your home safe in the middle of a warzone?  With the X-Flex bomb-surviving wallpaper, you just might have another line of defense.  It’s not exactly salvation, but it could help keep your fortress intact for just a little while longer.

Invented by Berry Plastics in conjunction with the US Army Corps of Engineers, the life-saving wallpaper can help keep your walls intact even after being hit by blasts.  A video on the PopSci website (link below) even shows it tested against a wrecking ball swinging its weight onto a wall at maximum velocity. The wall survived, albeit with obvious signs of damage.

The X-Flex works with brick and cinder block walls, preventing them from crumbling when hit with a strong force.  To protect your home, you’ll need to apply the adhesive, rollable sheets over your interior walls, reinforcing them with fasteners at the edges.  The “wrecking ball test” used a single application of the wallpaper.  For even stronger fortification, you can double or triple the layers.

How does it manage the deed?  According to Berry Plastics, the X-Flex uses a specially-formulated film and a high-performance scrim to provide the unusual protection, absorbing significant energy during blasts all on its own.  Reinforcing an entire room (even rough, uneven walls) with the protective implement can be done in under an hour.

Army tests of the unique material has reportedly been so impressive that they’re now considering outfitting bases in Iraq and Afghanistan with the X-Flex.  Unlike most military-grade tools, this one can be installed right in your home for protection against hurricanes, alien invasion and the off-chance that an exploding meteor crashes in your backyard.  It’s available in 48 x 36 sheets, though you’ll have to call for pricing (hint: it’s not cheap).