Blink Level 2 Can Charge Your EVs On Schedule, Can Be Controlled Remotely 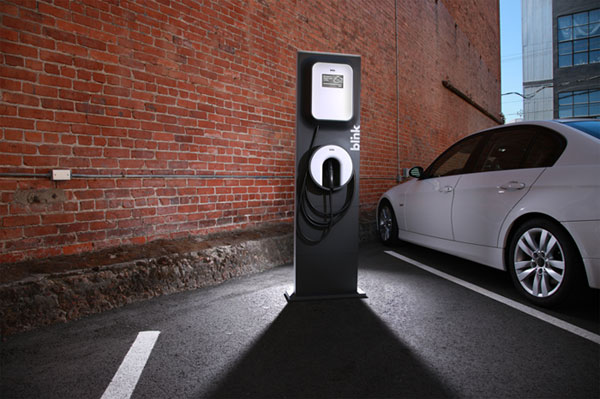 The GE Wattstation isn’t the only charging point design aiming to claim a piece of the future EV pie.  At this week’s Plug-In 2010 Conference, ECOtality showed off its new Blink Level 2 EV Chargers.

Developed in partnership with Frog Design, the stylish EV charging station offers equally eye-catching looks as GE’s previously-announced system.  Of course, actual utility and charging speed should prove to be the real meat-and-potatoes of this whole race, with appearance likely playing a minor part in terms of actual consumer adoption. 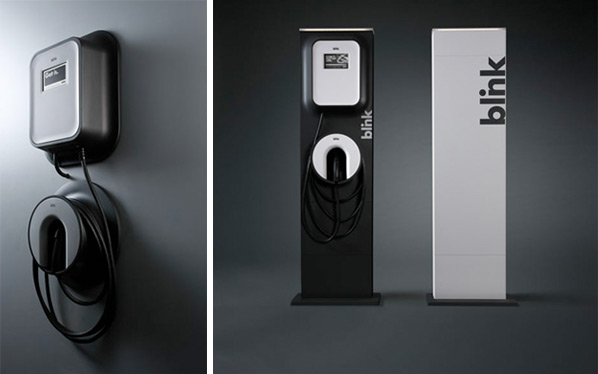 The Blink EV Charger will be offered in two variants: an in-home, wall-mounted unit and a standalone system for commercial use.  Both will be connected to 240V AC circuits and can deliver a full charge in an impressive two to six hours (most likely, the latter).  Even better, the system can be programmed so that it charges the car when electricity rates are lowest, which it determines via link-ups with participating utility providers.  Left unattended, the charging can also be manually triggered remotely via web apps. 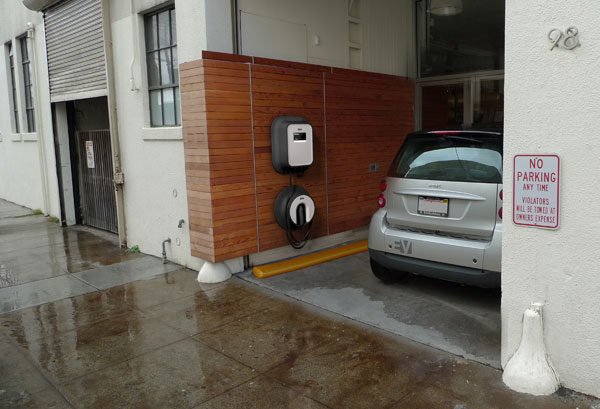 For home users, the modular two-piece set up will allow the main unit to be placed separately from the cord reel, providing a more efficient solution for those with cramped garages.  Overall, it looks like a really solid product that does have the potential to service an industry that’s bound to blow up in the coming years.

Currently under safety testing, the Blink Level 2 EV chargers appear to be on the way.  The commercial version is said to be due for installation beginning in the Fall as part of the $230 million EV project, which will see a projected 15,000 units lined up across 16 US cities.