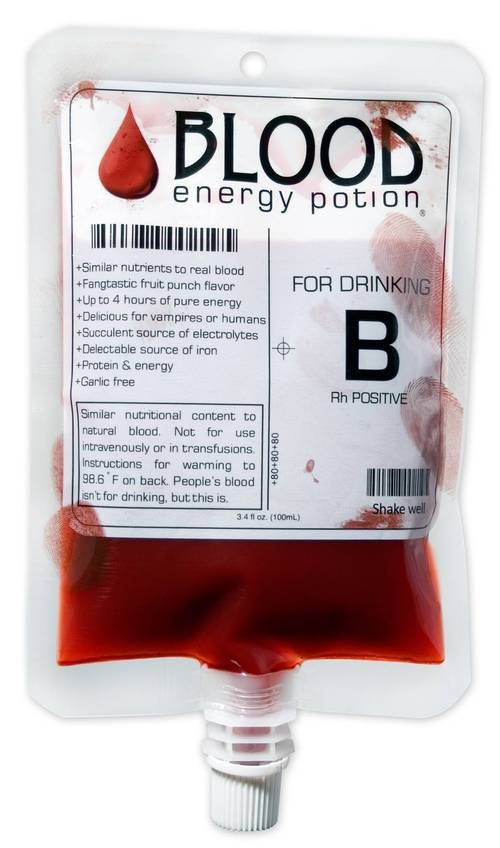 If you watch any sort of TV this season, you’ll know that vampires are in and werewolves are out.  With the New Moon movie coming and all sorts of programs about them pale blood suckers, it’s only a matter of time before everyone starts wanting to grow fangs and drink that red stuff.  Since imbibing real human blood probably isn’t healthy, you might want to substitute with the Blood Energy Potion, an energy drink made to look and feel like real human blood.

The marketing website is a little lame, claiming it’s for people afflicted with vampirism.  Unless vampirism, of course, is defined as the obsession in teens who spend their hours reading Twilight books, watching True Blood and dressing up like gothic geeks, then I’ll agree – better drink the thing to complete your lust for all things vampiric. 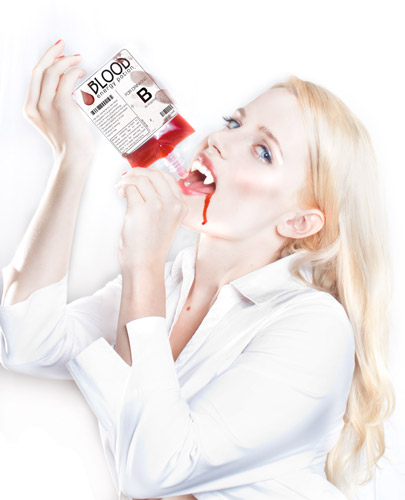 Blood Energy Potion is actually just some sort of energy drink that’s loaded with iron, protein and electrolytes (meaning you can probably forego a meal for one of these).  It’s a perk-me-up that imposes its effects (I assume it’s like coffee or Red Bull) within 10 minutes of consumption and lasts for around four hours.

It’s supposed to post the same consistency, color and tactile sensations as real blood, so you can feel like you’re actually drinking the real thing.  Heck, if I was the manufacturer, I’d throw in a packet of real blood in every box, just so a few lucky wannabe-vampires actually get to swig the stuff.  Maybe that will put this dress-up-like-a-vampire predilection in a different light.

The Blood Energy Potion is now available for $3.99 a pop.  Immortality not guaranteed.

[Living With Blood Lust via Gizmodo]