Blu-Link Universal Remote Handles The PS3, Along With The Rest Of Your Home Theater Equipment 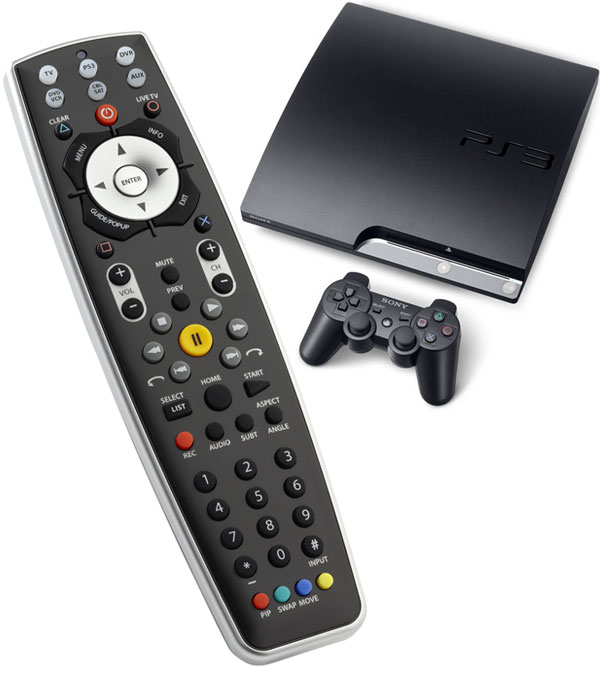 The PS3 makes great sense as a low-cost media center, save for one glaring problem: it won’t play friendly with your universal remote.  Since it doesn’t support the regular IR signal used by the rest of your home theater setup, you’ll have to get a separate Bluetooth unit, which defeats the whole idea of being “universal.”  The Blu-Link remote easily fills the void, handling both IR and Bluetooth components, so you can keep the DualShock controller on the shelf till you’re actually playing games.

Manufacturer Interlink claims that the device is the first universal remote with out-of-the-box support for both infrared and Bluetooth.  That means you only need to memorize one set of buttons to work both your PS3 and the rest of your audio-video equipment.

The Blu-Link can work with up to six Bluetooth and IR electronics at a time, including TVs, media players, set top boxes, surround sound systems and more.  It comes with learning capabilities and pre-programmed device support for hundreds of brands and models, making set up a breeze (unless you bought an obscure component from your last Asian trip, at which point you’re probably screwed).  Dedicated buttons are also conveniently included for Blu-ray, DVD and PS3 use.

Already bought a separate PS3 remote?  We can’t help you there.  Call Sony and bitch at them.  Otherwise, you can score the versatile Blu-Link universal remote for $49.95.