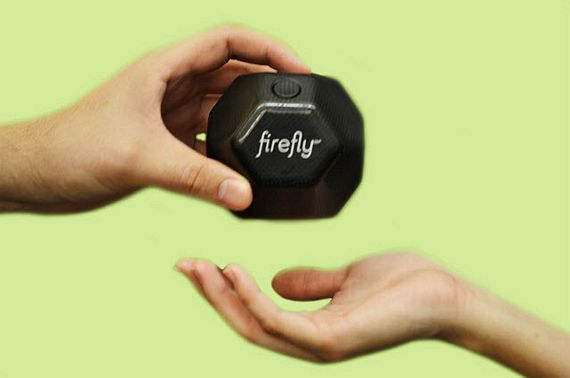 Want a fancy lighting system that turns your room into a moody scene straight out of a horror/sci-fi flick?  The Firefly Blue Laser Lamp is your best option for doing just that, dispersing hundreds of blue laser lights flying around you.

A portable lamp, it comes shaped like a giant dice out of a role-playing tabletop game with over two dozen sides, allowing it to spread the lasers in all directions from where it sits.  The result is a bunch of floating lights scattered about, flying like a swarm of alien fireflies crowding your puny earthling ass. 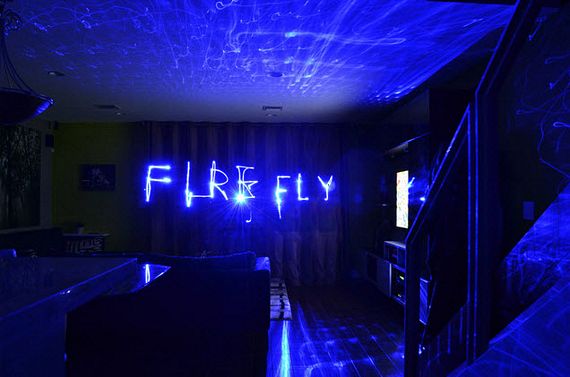 The Firefly is the first “blue lamp” for the mass market to use real blue lasers — not purple, not violet, not some other variant of the hue.  Since it’s real lasers, the light is thrown long distances without losing its brightness, allowing you to use the same tiny box to illuminate both small and large rooms.  It does the job efficiently, too, using just 0.4 watts of power, way less than the 7 to 10 watts that traditional night lights consume, allowing it to power using just a pair of AAA batteries (it can also be plugged to a wall with an included power adapter). 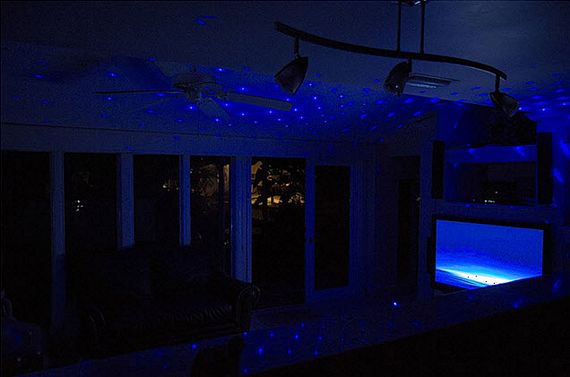 Not just for indoor use, the lamp is designed to be rugged enough to survive the outdoors, so you can take it with you during camping trips.  It uses a recyclable plastic body with durable texturing, casted metal laser parts, glass optics, casted zinc heat spreader, casted high copper brass heat sink and industrial-quality laser diode. 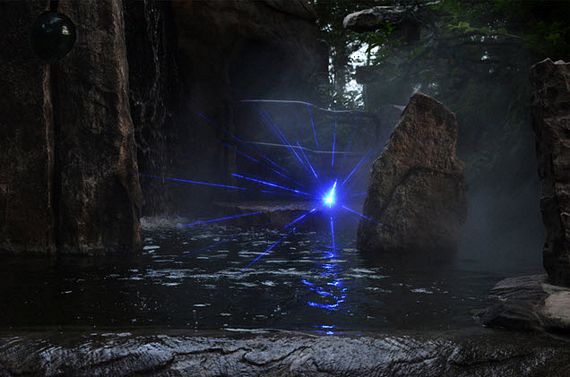 Currently, the Firefly Blue Laser Lamp is a project on Kickstarter.  You can reserve yourself one for pledges starting at $55.