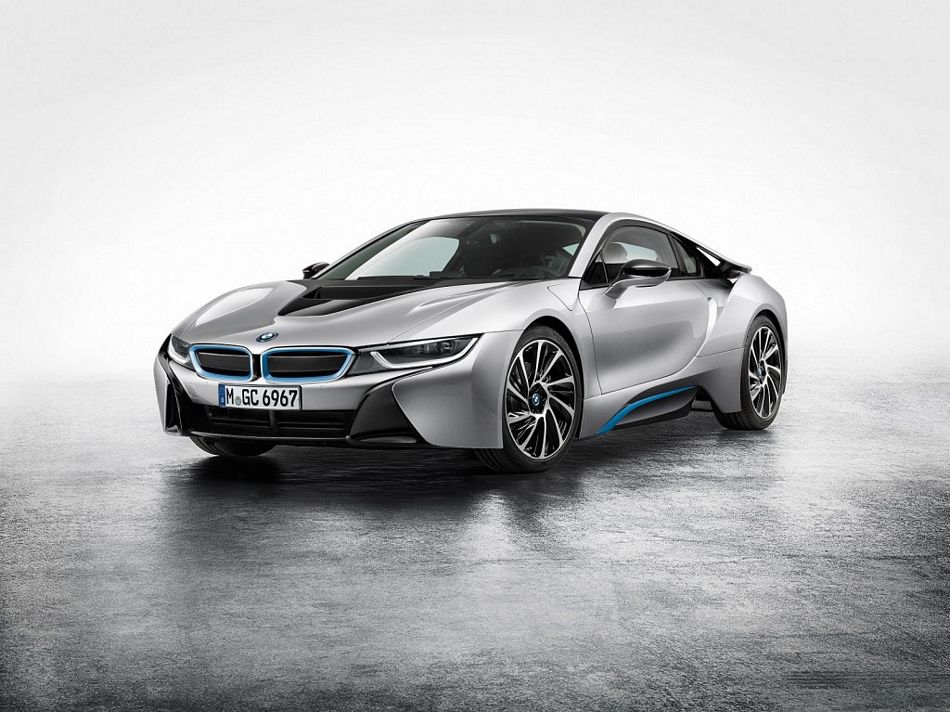 Remember back when you would laugh at hybrid cars and all your friends will join you in chorus?  Man, that seemed so long ago.  These days, “hybrid” and “fun” just aren’t mutually exclusive when it comes to cars anymore.  Want another proof?  Take a peek at the new BMW i8.

Billed by the automaker as “the world’s most forward-looking sports car,” the plug-in hybrid marries world-class fuel economy with the kind of sports performance that will satiate your more raucous sensibilities.  Granted, the power output and top speeds probably won’t make it to a world-weary speed freak’s list of favorite killer machines, but it should make the grade for the rest of the car-driving population.  This is still a Beemer, after all, not a hyper-tuned muscle beast. 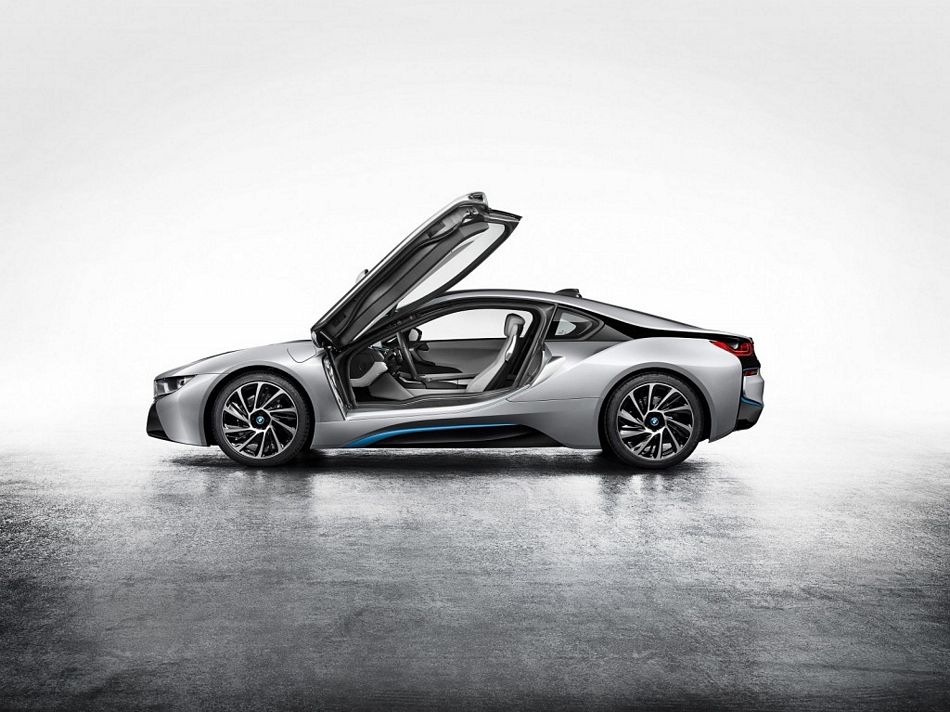 BMW’s first plug-in hybrid, the i8 runs on a turbocharged 1.5-liter three-cylinder engine (231 bhp) and an electric motor (96 kW), mated to a six-speed automatic gearbox, that pumps out a combined 362 horsepower and 420 pound-feet of torque.  Engine is mounted low behind the passenger compartment, where it sends all its power to the rear wheels, while the motor throws all its might to the wheels out front.  Again, that ain’t much, but combine it with a low drag coefficient of 0.26,  advanced carbon fiber construction on top of an aluminum platform that helps keep weight down to 3,285 pounds, and all of BMW’s advanced performance tech, and you begin to see a clearer picture of how this sports coupe can drive. 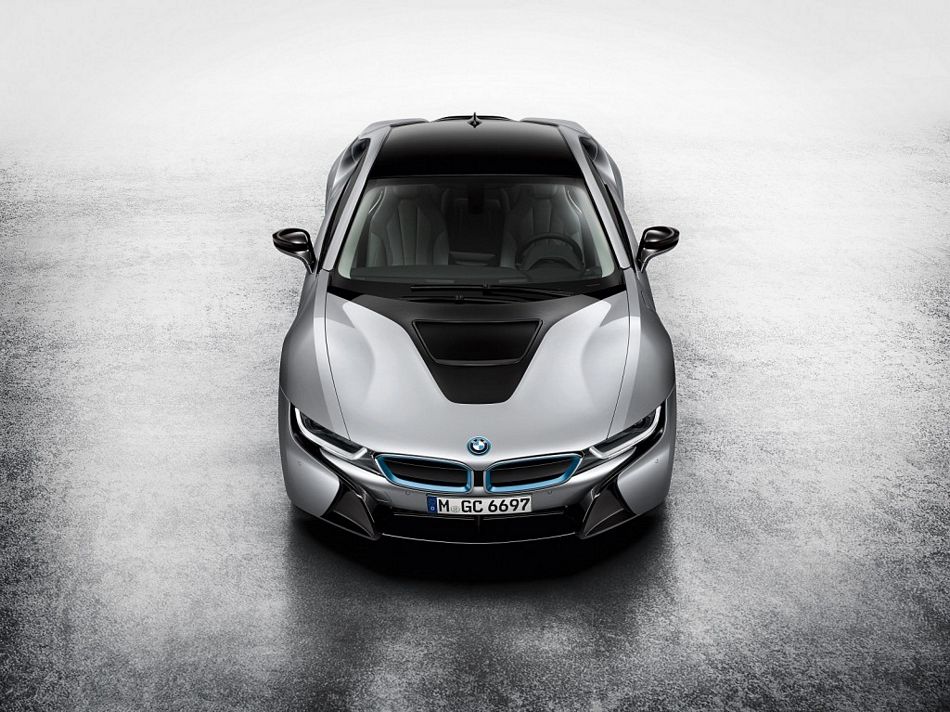 It features a liquid-cooled lithium-ion battery pack in the tunnel between the two passenger seats that can send the car running up to 22 miles (at 75 mph) on pure electricity alone.  Each of the separate powertrains can run the vehicle on its own, although you’ll likely end up using the Sport Mode for best performance (it can clear 0 to 62 in 4.4 seconds), which will have the motor feeding the vehicle short bursts of extra acceleration. 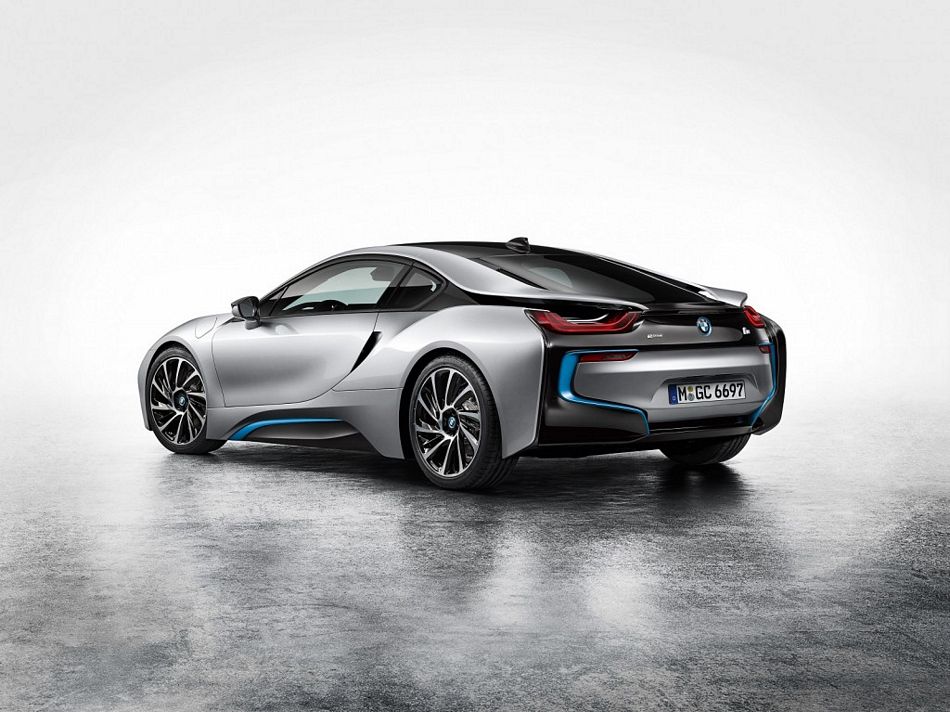 Slated for release next year, the BMW i8 will retail for prices starting at $135,925. 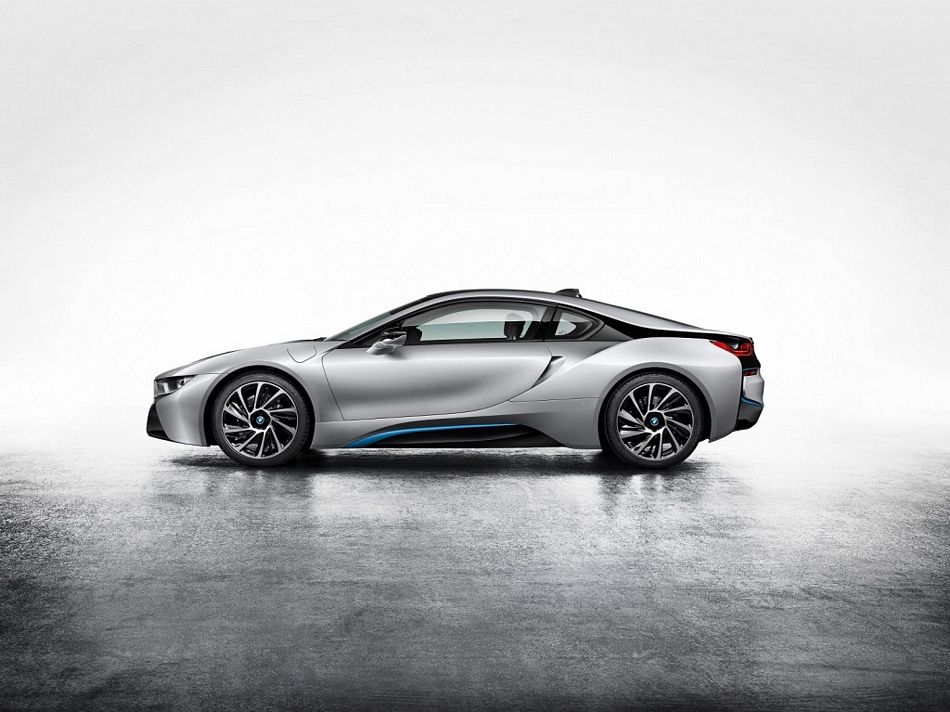 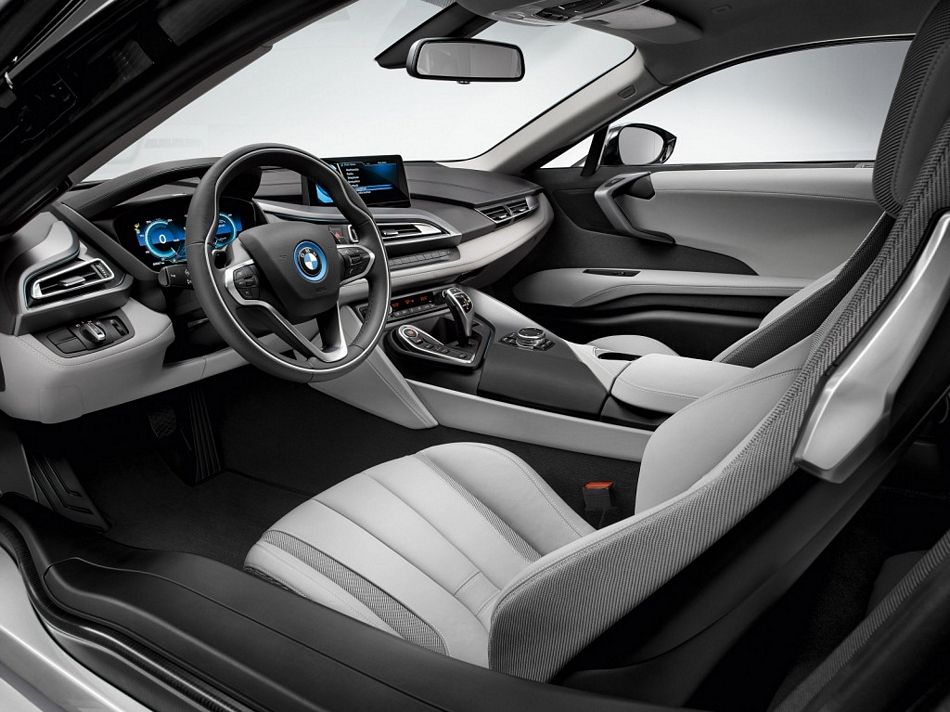 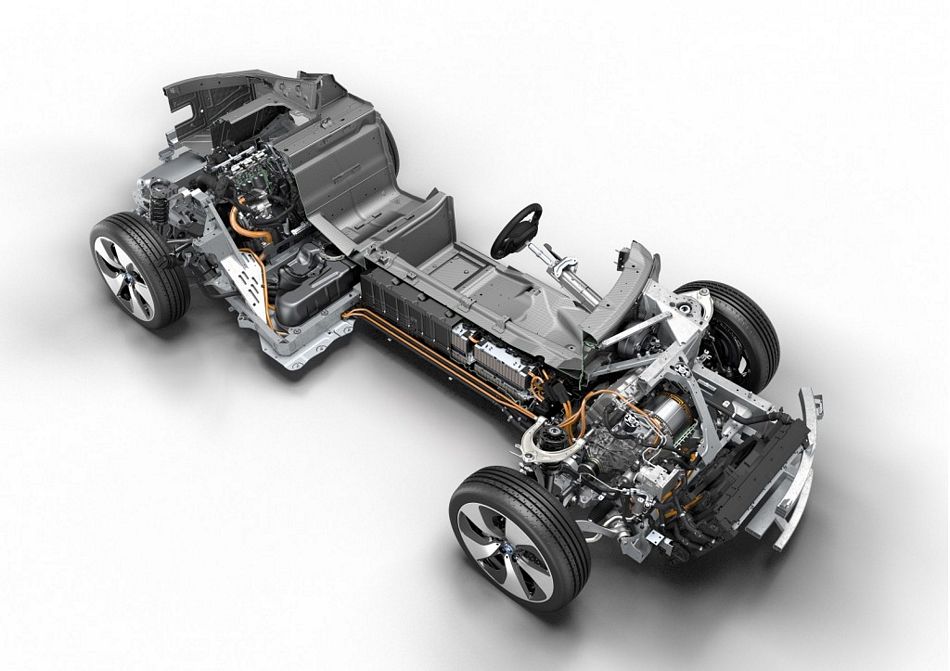