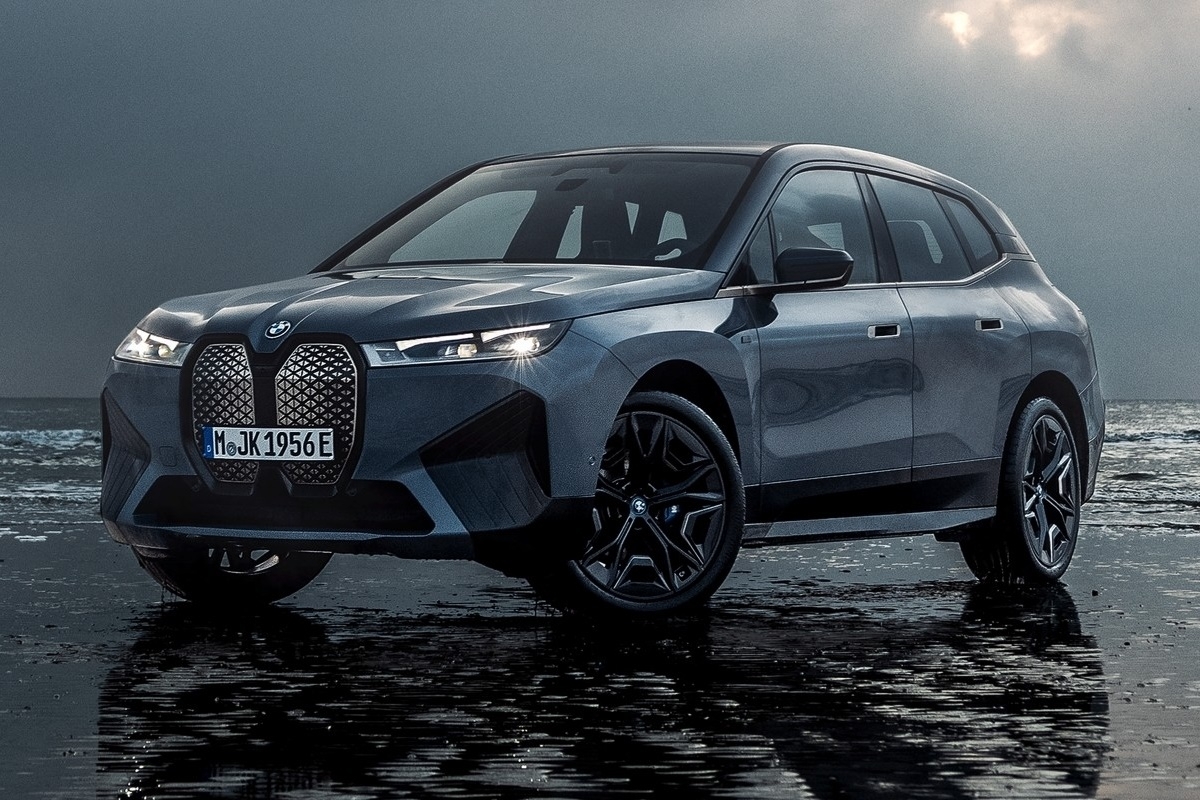 With 516 horsepower on tap, the BMW iX isn’t really lacking in muscle, especially for an electric vehicle. In fact, it’s one of the cars we’re most looking forward to seeing on the road this year.  For some reason, though, BMW thinks they need to offer an even more powerful version of their EV flagship. As such, the luxury automaker just announced the BMW iX M60.

The second electric vehicle to be announced under the outfit’s racing-inspired M branding, the SUV is, essentially, a performance version of the iX, delivering more horsepower, more torque, and overall more thrilling driving characteristics. After all, EV drivers enjoy driving like a maniac, too, and this thing should let you do that just a tad easier with a lot more power on tap. 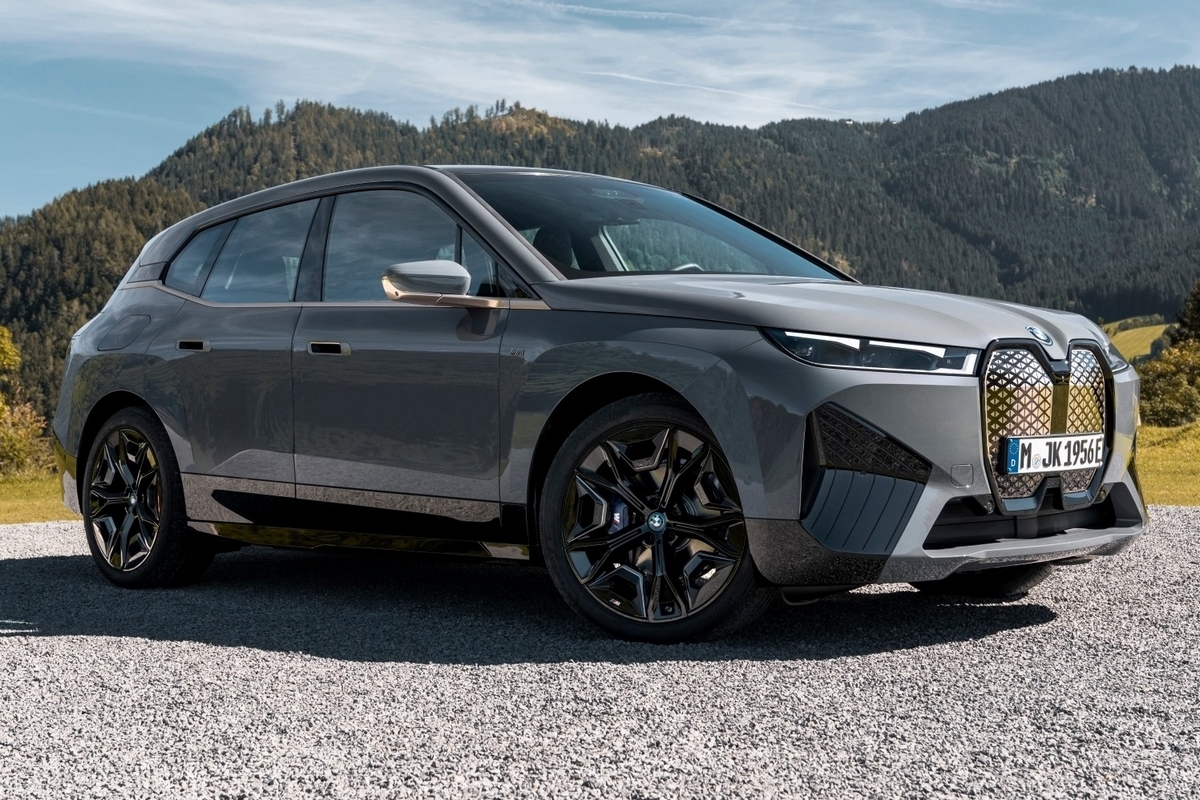 The BMW iX M60 has been tuned to deliver 610 horsepower and 811 pound-feet of torque, making it a significant upgrade from the standard model. Do note, all that muscle isn’t readily available at all times – instead, it’s only on tap in Sport Boost Mode with the launch control switched on. Without those conditions, engine output is capped to 532 horsepower and 749 pound-feet, which are higher than the standard model’s numbers. Much of those additional output, by the way, comes courtesy of a new six-phase electric motor that’s exclusive to the model (it uses two of them), which operates on the principle of a “current-energized synchronous machine.”

What the heck is that? Apparently, the new motors don’t rely on permanent magnets to generate the magnetic field that turns the wheels, instead basing their rotational speed on the amount of electrical energy applied. According to the outfit, this improves the vehicle’s overall power density and peak power output, all while eliminating the need to use rare earth elements in the motors’ construction. 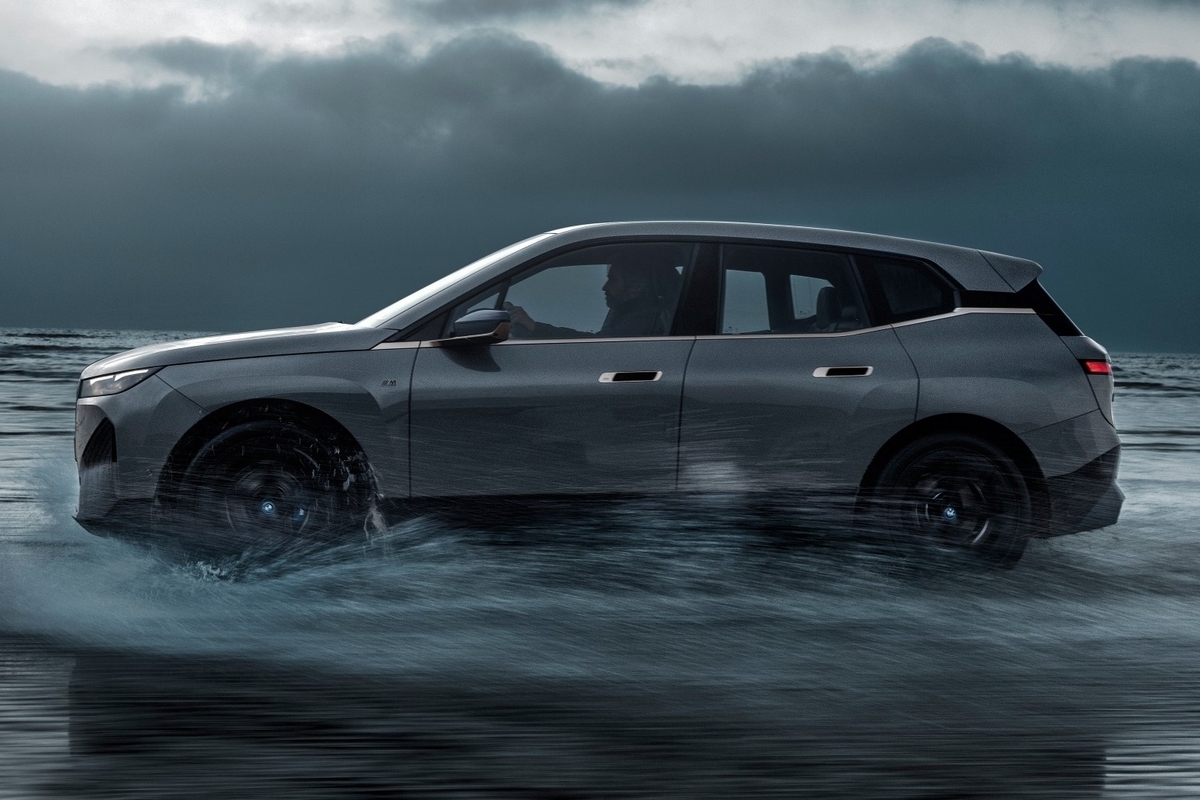 The BMW iX M60 can go from standstill to 62 mph in 3.6 seconds, all while hitting top speeds of 155 mph. It does that while weighing just 110 pounds heavier than the standard model at 6,900 pounds, which isn’t much of a change, considering how much more power it delivers. Of course, the reason it didn’t put on much weight is because they kept the same battery module as the standard model, so you’re only getting an estimated 280 miles between charges. Charging time, by the way, is rated at 10.5 hours on an 11W AC plug, although you can get up to 80 percent in just 97 minutes on a DC fast charger at 50kW (and a mere 35 minutes if you can find a 250kW port). 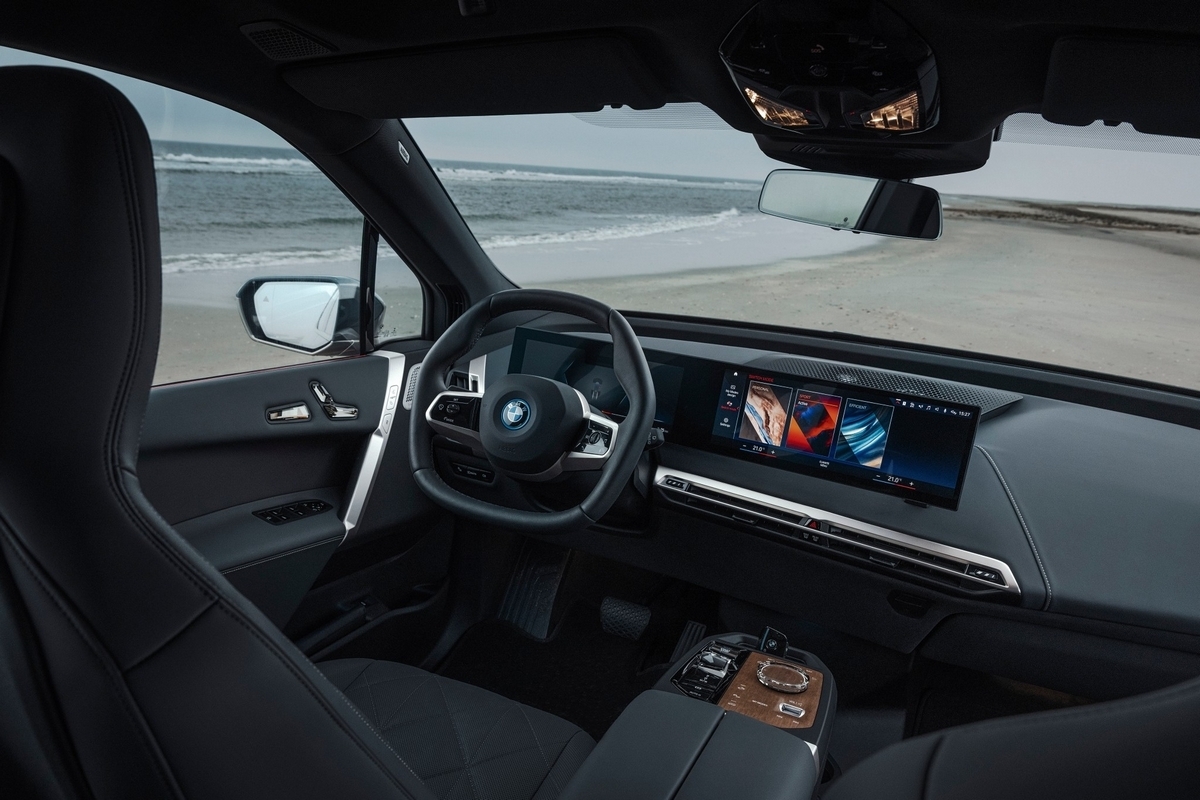 The car retains much of the components from the standard model, including the all-wheel drive, the dual-wishbone front suspension, five-link rear suspension, and 21-inch wheels. It does, however, get new anti-roll bars and larger brake rotors. Inside, the vehicle is offered in five seat color options, along with the myriad of luxuries we’ve come to expect from a BMW. They even have an option for controlling the infotainment with voice commands and hand gestures, if you hate punching buttons and swiping on touchscreens. 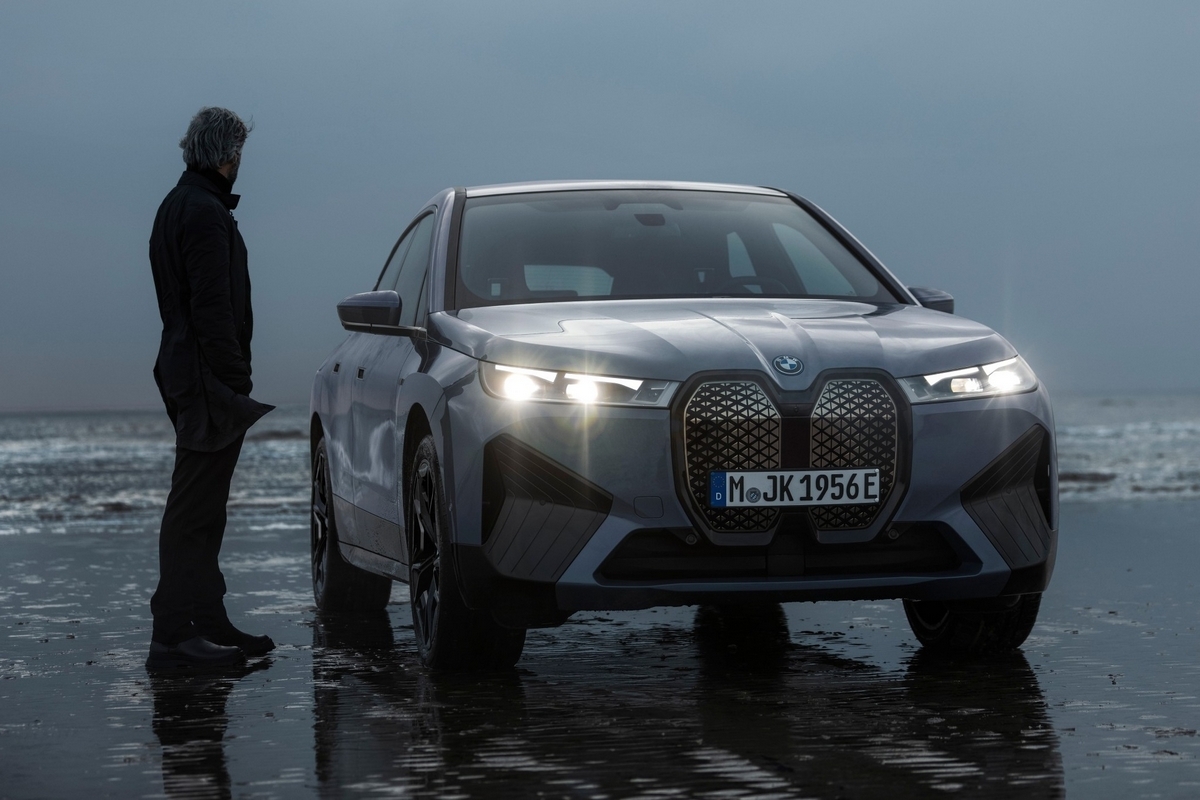 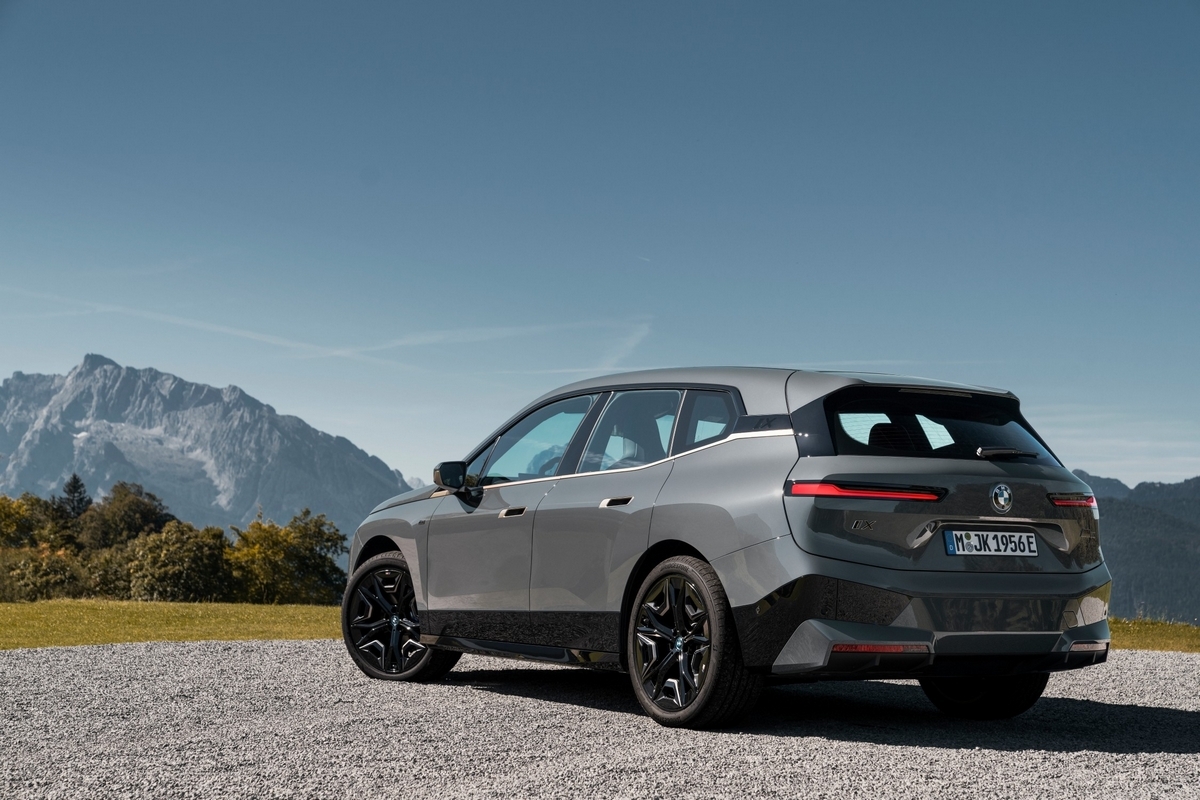