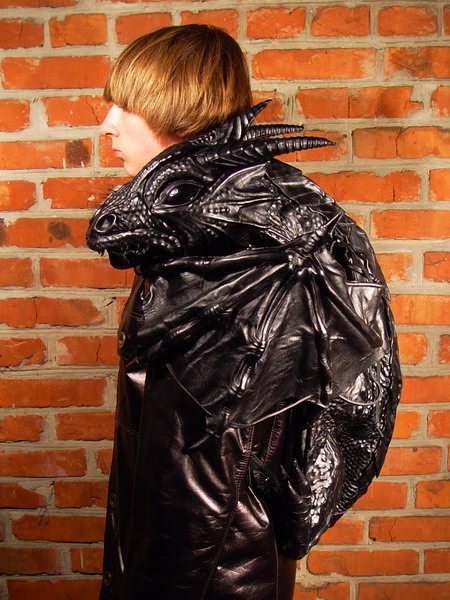 Hey dude you got a dragon on your back – it looks crazy awesome.  I suppose that’s exactly the reaction you’re going to get when you walk around town with the Dragon Backpack, a functional bag clad in the ominous form of a fire-breathing baby monster.

Creator Bob Basset, who sells plenty of Medieval style wares on his online store, didn’t give much details on the accessory.  Suffice to say, the thing looks pretty awesome.  And gnarly.  Like, if I smoked a little too much herbal stuff, I might freak out.  Ahhh! 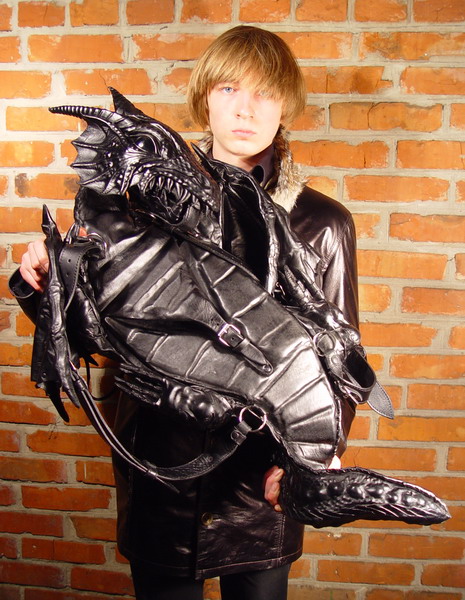 Looking at his archive, it appears to be the second iteration of the leather bag, with the original version posted back in 2006.  This new dragon looks even more realistic, with detailed scales, devilish horns and a glossy finish.  Let’s put it this way: the old one looked like a bag; this one looks like a mutant reptile hanging on your back. 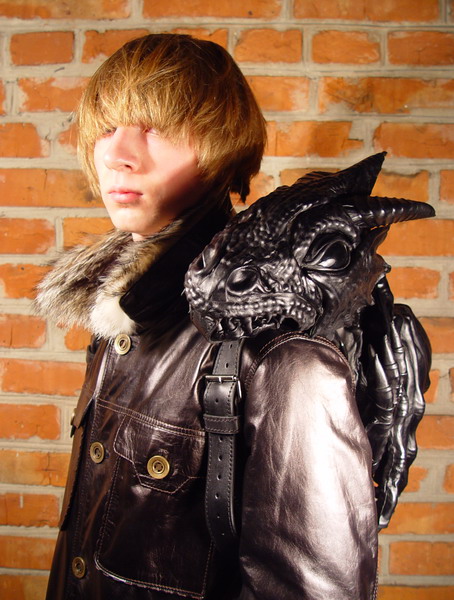 The mechanism appears to be the same, though, with the container area securely hidden inside the dragon’s body and the head designed to prop up on your shoulder like a sweet, little pet.  One, in particular, who looks like it’s going to eat whoever’s right in front of you.  Yay.

According to Bob, he produced the new Dragon Backpack as a custom order, so there’s one lucky bastard out there probably using it right now.  He says it took a long time of work and he will likely not build another unless someone can make a “fantastic offer.”  Seriously, that’s what he said.  You need to put forward a fantastic offer, cheapskate.