Bob’s Burgers Recipes Come To Life In This New Book 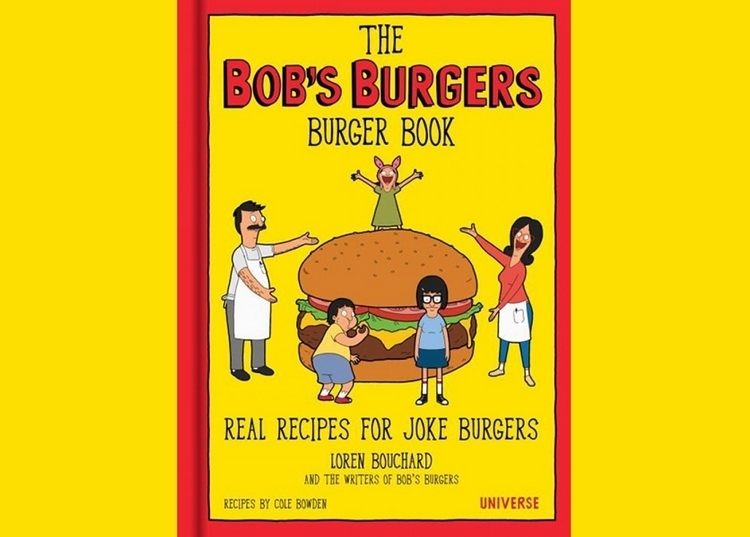 It may have taken its time, but once Bob’s Burgers hit its stride, it easily set itself as one of the funniest animated shows in recent memory. We love most everything about it, from the edgy humor to the musical numbers to the running gags we look forward to every show. One of those running gags is the pun-filled Burger of the Day, which has included everything from Pepper Don’t Preach to Shootout at the Okra Coral to Texas Chainsaw Massacurd. The Bob’s Burgers Burger Book brings those specials to life in actual recipes you can make in the kitchen.

Subtitled “Real Recipes for Joke Burgers,” they took several dozens of the burger puns that appeared on the show and turned it into real burger recipes. That way, you can have a real-life burger dinner from the fictional Belcher family’s equally fictional hamburger restaurant. Do they taste good? We have no idea. Do they sound fun? Absolutely.

The Bob’s Burgers Burger Book comes with 75 original recipes, each of which have been derived from the hamburger joint’s numerous daily specials. No, they’re not joke recipes, either, but practical creations that actually make sense to make in your own kitchen. The book is actually co-authored by Bob Bowen, who runs The Bob’s Burger Experiment blog on Tumblr, and draws from the many recipes he’s posted on the website.

Each recipe, by the way, comes fully-illustrated in the series’ signature style, so you can imagine what they’ll look like on the show, too. Aside from the recipes, the 128-page hardcover showcases the cast of the show, including the entire Belcher family, Jimmy Pesto, and Aunt Gayle.