Bödysöf Adds Soap With Water From Your Shower 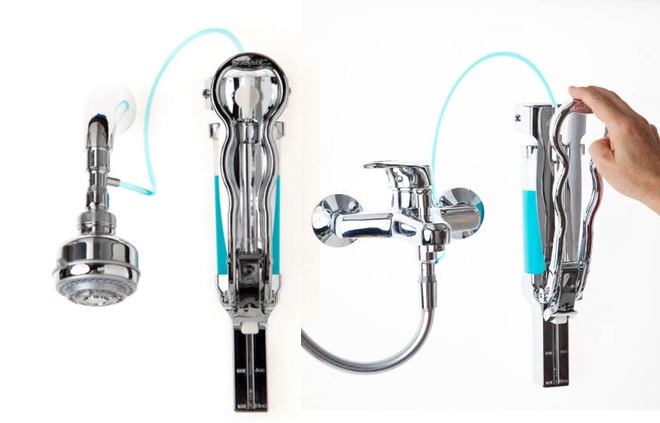 Want to shaveoff  a couple of minutes from your daily morning shower routine?  Eliminate the whole grabbing a soap business with the Bödysöf, a shower accessory that mixes soap with water before it even leaves the showerhead.

Of course, the savings only apply if you actually rinse with soap.  Hey, I don’t judge.  Smelly people are people too.

In case you do use soap, you won’t have to replace your existing shower fittings at all.  Instead, you simply install the Bödysöf gel dispenser right next to it (screws, suction cups and double-sided tape are all included, so you have your options) and add in a fitting that lets soap get into the shower tube.   A spring-loaded lever allows you to control the flow of bodywash, so you can take a regular soap-less shower when you don’t want to. 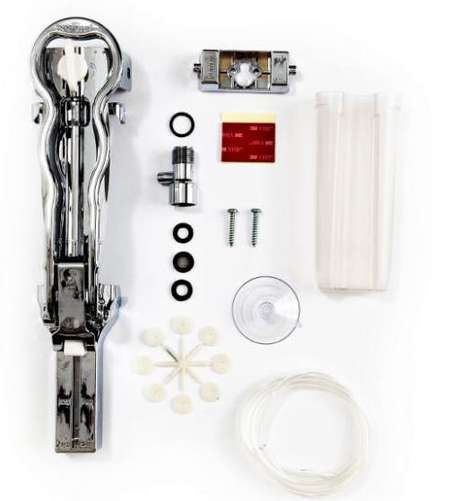 The whole idea is pretty ingenious, completely eliminating having to grab a bar of soap or squeezing on a bottle of bodywash.  From the looks of it, you might be able to pull off installing this for faucets too, as an alternative to a separate liquid soap dispenser.  We’re not sure how significant the time you’ll actually save is (I mean, it’s probably a couple minutes, at best), but it is really cool.

Bödysöf comes in either chrome or white, so it can match most existing bathroom fixtures.  The chrome version retails for $140, while the white plastic one sells for $79.  Both can handle all varieties of bodywash and dispensers, provided they don’t contain any solid exfoliates.  A third version clad in white plastic is available for $70, but is limited for use with thicker gels.