Boeing Black: If You Were A Government Spy, This Will Be Your Next Phone 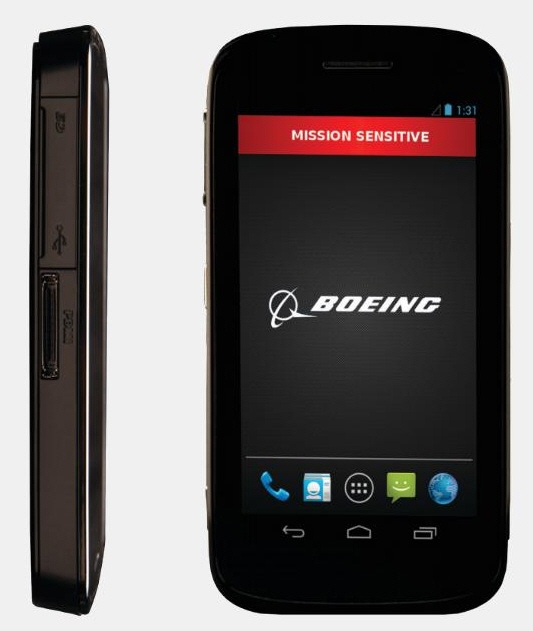 If you work within the national defense and security communities, there’s good reason to prioritize security features in the smartphone you use.  Chances are, you’ll be handling information that’s more sensitive than usual — the last thing you want is to get the location of the secret headquarters where the government is building their army of Gundam-style robot mechs stolen from your SMS inbox.  When you have nefarious characters constantly angling to take information off your phone, regular consumer handsets probably just aren’t enough.  You need a smartphone like the Boeing Black.

Actual smartphone specs for the Boeing Black, which include a 4.3-inch display (960 x 540 resolution), a dual-core 1.2GHz processor, and LTE, won’t challenge your favorite flagship device anytime soon.  But we doubt that’s going to be an issue, considering this is meant to keep your data secure, rather than run GTA San Andreas smoothly.

The phone comes sporting dual SIM slots, so users can easily switch between personal and government-specific networks.  It also features a hardware expansion port, which can take various accessory devices, such as a biometric sensor, a satellite antenna, and an extra battery.  Oh yeah, when it detects that the phone itself has been compromised, it will self-destruct.  Sadly, it won’t go up in smoke Mission Impossible style — instead, all data and software will be automatically wiped, rendering the device inoperable.

The Boeing Black will be sold strictly to the aersopace’s clients in the defense and security industries.