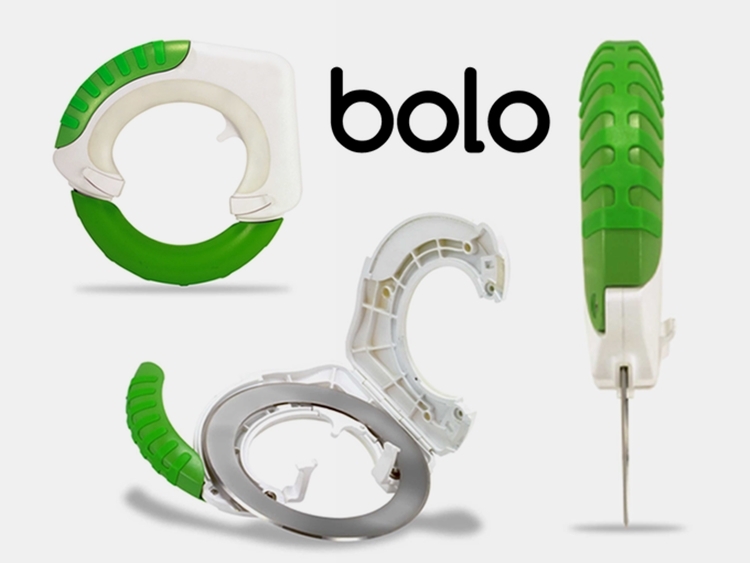 Imagine a misshaped donut. Now, imagine half of the donut is a blade and the other half is the handle. Now, imagine that the blade is a wheel that slices everything on its path when you roll it on the cutting board. That’s exactly what the Bolo Rolling Knife does.

Designed as an alternative to the standard chef’s knife, it can slice, dice, and mince with a high level of precision, all while requiring less energy compared to a conventional knife. Why? Because you hold the knife with your hand directly above the blade (instead of on the other end, as with conventional knives), ensuring can strike down on those carrots, potatoes, or whatever other food items you’re prepping with the full force you put in each time out. As such, you need less force to properly cut food, putting less stress on your wrist and less wear on the blade. 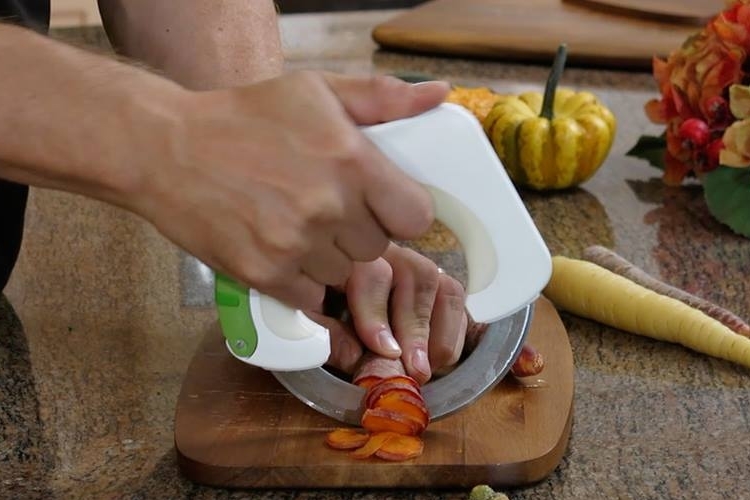 The Bolo Rolling Knife uses a circular blade that runs along the entire circumference of the handle, allowing you to roll it on the cutting board like a toy unicycle. The rolling motion makes it especially useful for slicing items, with a sharp blade that allows it to run through everything from veggies and fruits to breads and meats. Only catch is, the food item will need to be short enough for the blade to completely run through it vertically, so you might have to chop some food items (e.g. onions, potatoes) into several parts first before rolling into them. Oh yeah, since there’s no point in the blade rolling when you’re chopping, it comes with a brake control on the handle for keeping the blade stationary. 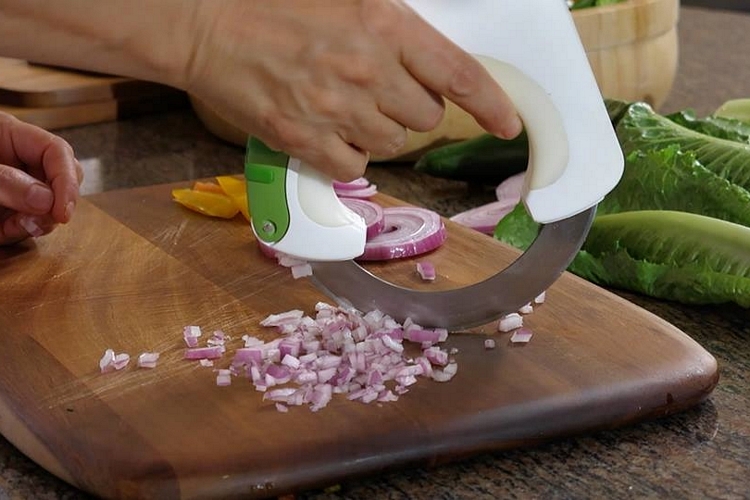 A Kickstarter campaign is currently running for the Bolo. Pledges to reserve a unit starts at $16.