BomBoard Is A Compact, Modular And Affordable Jet Ski 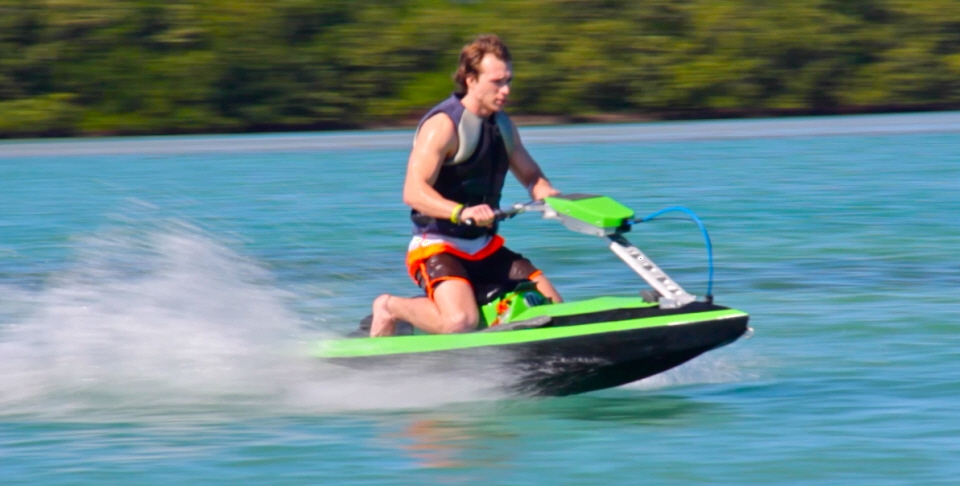 Jet skis are awesome, but, darn it, they’re expensive as heck.  While there are some affordable options out there, we really haven’t seen one that’s as light on the bank account as the BomBoard.

Described as “the world’s most affordable, high performance personal watercraft,” it’s slated to retail for under $3,495 — around half of what you’d expect to pay for most entry-level jet skis in the market.  It’s also smaller than your typical jet ski — a big factor that contributed to the price, since it requires less material to build, houses a relatively small engine, and ships at a lesser cost than comparable watercrafts. 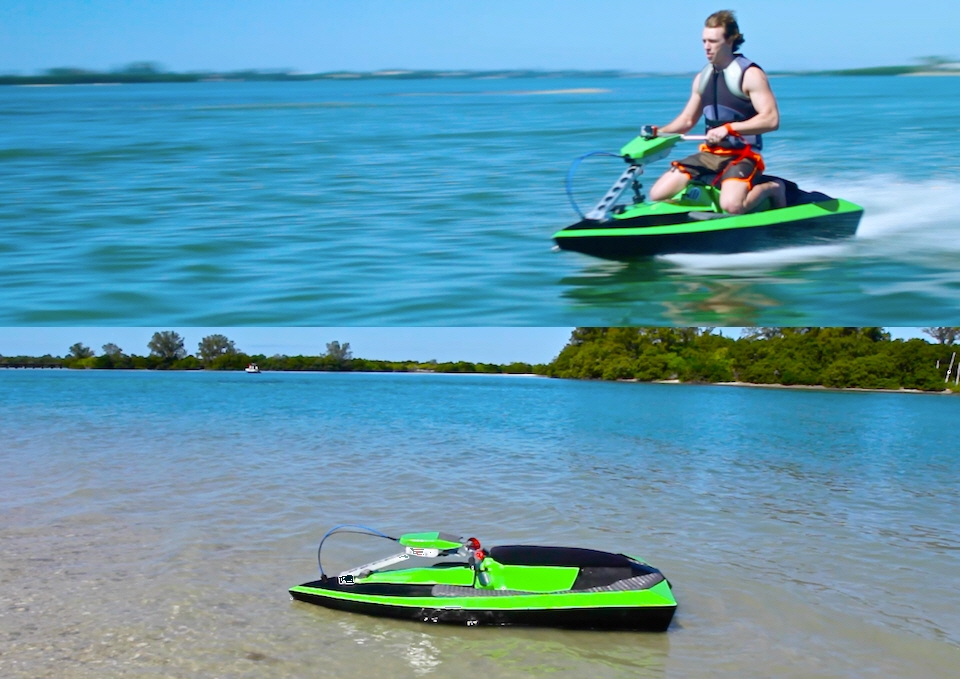 More than the low price and compact size, the BomBoard is also completely modular, snapping off into four different pieces that allow it to be transported without the need for a trailer — just throw the different parts in the car and you’re good to go.  When you get to the beach, simply snap the individual modules together (a process that takes no more than 60 seconds)and you’re ready to hit the seas.  It weighs just 150 pounds.

The BomBoard can be ridden kneeling, standing, or sitting at speeds of up to 40 mph, with very responsive handling, a tight turning radius, and a high rate of acceleration.  Since it will run on an, as of yet, unspecified small displacement and high-efficiency engine, it will burn up less fuel than conventional jet skis, too, making for big savings all around.

As of now, BomBoard is still in prototype form.  You can get on the waiting list to stay informed by signing up on the company website.