Bombs Away Is An Air-Dropped Explosive For Your RC Plane 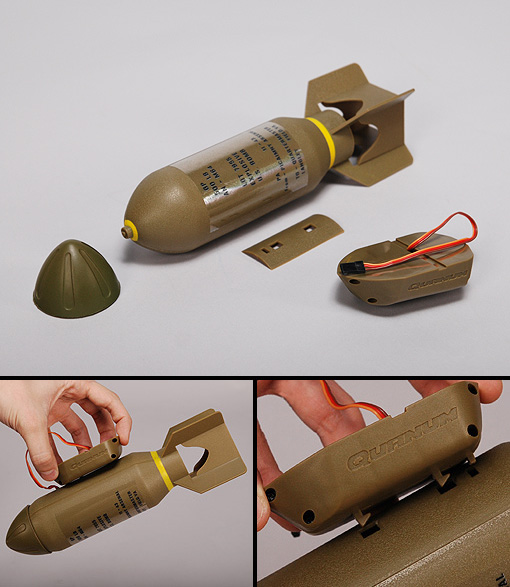 How could a Bomb be something cool? Well, if it provides fun and laughter rather than carnage, why not.  Quanum’s Bombs Away, an air-dropped toy bomb  is a cool accessory to pair up with a sufficiently-powerful RC plane.  Even if it doesn’t explode, you can drop it over someone’s head for a brief bout of hilarity (or a lawsuit, depending on how it ends).

A plug and play system, the bomb can be installed to work with any of your 1:4 scale or larger RC planes.  It can be filled with any payload that you like, which it will deliver by splitting in two the moment it hits a solid surface. 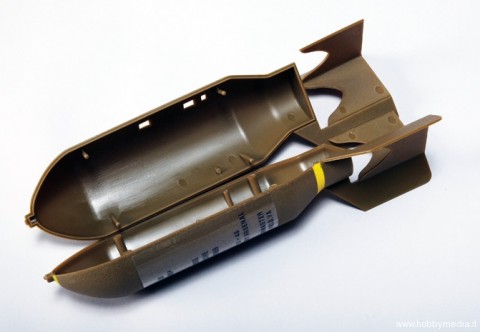 The main Bombs Away component is a collapsible 1:6 scale bomb (235 x 81 mm) with a durable nylon shell and an impact protector, allowing you to use it multiple times.  It weighs light enough at 103 grams, but should gain considerable heft once you load it with your choice of ammunition, whether it’s chalk powder (for that realistic-looking explosion of smoke), glitter (if you’re Lady Gaga) or pig’s blood (if you’re Marilyn Manson).  Release base is a tapered double-hook mechanism with an installed servo wire that’s activated by a spare channel on your radio.

Kit includes the bomb, the release base, a safety foam nose and a spare release plate.  The latter is an extra component that you can use to transport and drop your own custom-made bombs (like, you know, real ones – just kidding) in case your hobby extends to that.

Quanum is China-based, by the way, so actual durability claims may vary.  You can find the Bombs Away in many online hobby stores (such as the one below) for around $17.