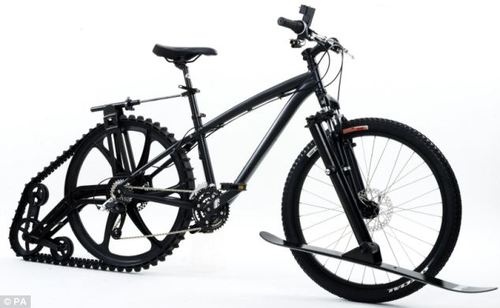 We’ve seen tons of weaponized cars and motorcycles in movies and comic books.  I don’t think we’ve ever seen them on bicycles.  Until the BOND Bike came, that is.

Created by bicycle insurer ilovemybike.co.uk, the two-wheeled bundle of weird comes fitted with custom solutions to problems that the company says 800 of their customers have cited as the biggest woes for cyclists.  Sure, using the word “solution” might be stretching the truth, but you’ve got to admit – these add-ons sound fun. 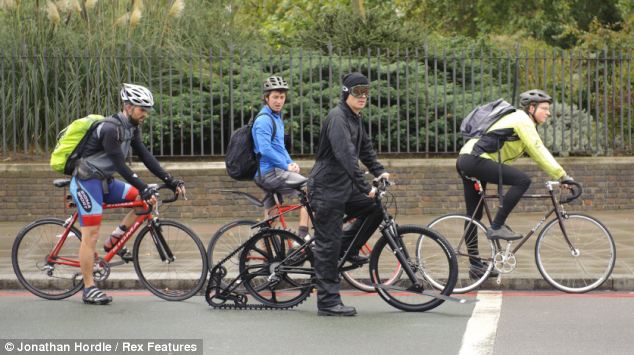 To solve the problem of other vehicles on the road passing too close, the BOND Bike has been equipped with flame throwers right at the handlebars.  One push of a button and it fires a ball of fire enough to give aggressive drivers a scare.   Too many potholes on the streets in your area?  Not a problem, as the bike trades in its rear tire for an all-terrain caterpillar track.   There’s an eject feature too (you release the seat from a control along the handlebars), which is supposed to be a deterrent for thieves.  I have a feeling it’s  just a painful accident waiting to happen, though.  Oh, and just in case you want to use your bike in the winter, there’s a detachable ski blade that you can substitute for the front tire.

If superheroes rode bikes, they’ll probably be riding something more awesome, with missiles and ninja blades and stuff.  This pedal pusher, though, is quite the promising start.

The BOND Bike will be displayed at next week’s Cycle Show at Earls Court in London.  It’s strictly an exhibition piece, so take plenty of pictures and ask your local custom builder to fashion you something similar if you want one.