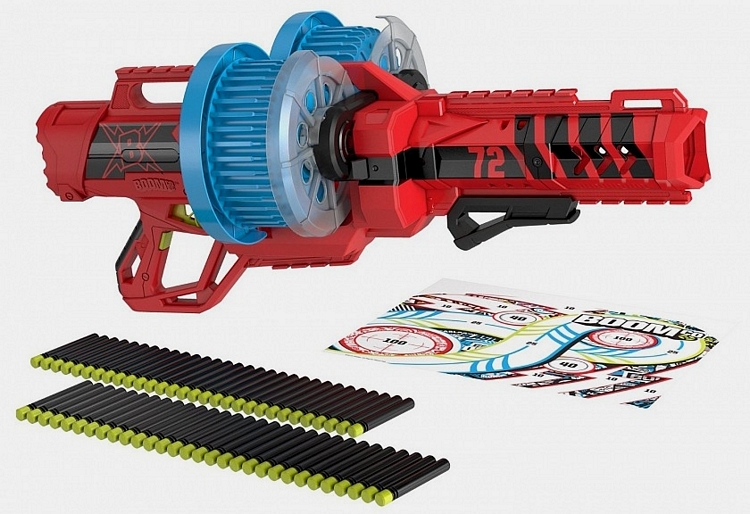 Being a new outfit trying to compete with toy blasters from a company as popular and established as Nerf is no easy battle. You will need to make big moves. BoomCo, obviously, thought that means they needed to release a blaster of absurdly-large proportions: meet the Dartsplosion.

Even bigger than Nerf’s massive Rhino-Fire, the double-barreled blaster can hold up to 72 rounds of Smart Stick foam dart ammunition, which it can unload in pairs at a high rate of succession. Keep your finger on the trigger and you can empty the entire haul in mere seconds, allowing you to stage a heavy, rapid-fire hellstorm of an attack on any unfortunate target. And, yes, we pity whoever will be tasked to pick up all those foam darts on the floor. 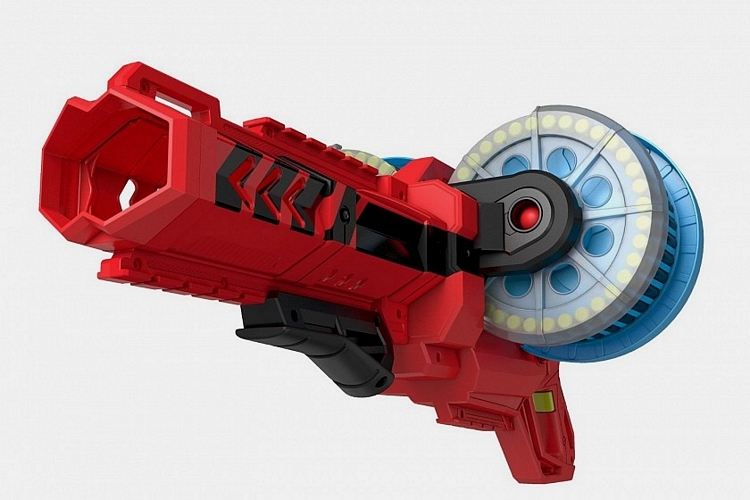 The BoomCo Dartsplosion comes with two drum magazines (36 rounds each), two barrels, and a large body best handled with two hands. Able to shoot in two modes, it can launch single or dual darts with every pull of the trigger (just flip a switch to change), with the drums alternating releasing darts when you’re sniping targets single-shot style. Do note, that much firepower requires a serious power source – in this case, the blaster requires feeding on six C-cell batteries, which adds a full pound of weight to the assembly all on their own.   Oh yeah, the blaster comes with a large 72 label on the side, just so your enemies never forget how much ammo you have on tap. 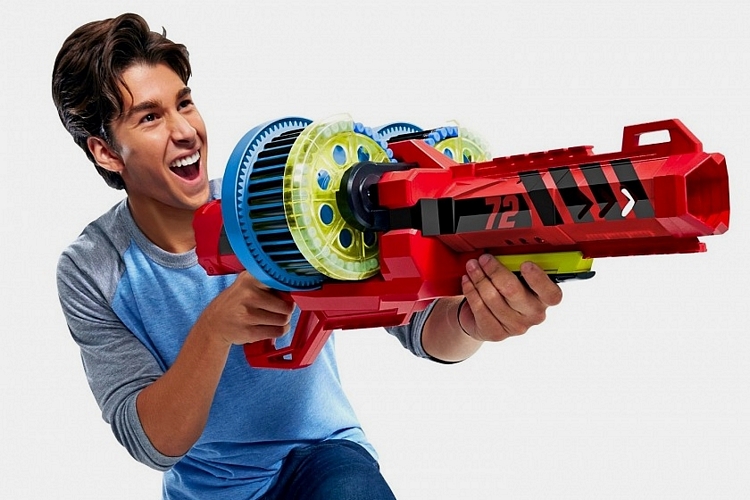 Slated to launch later this month, the BoomCo Dartsplosion is now available for preorder, priced at $79.99.