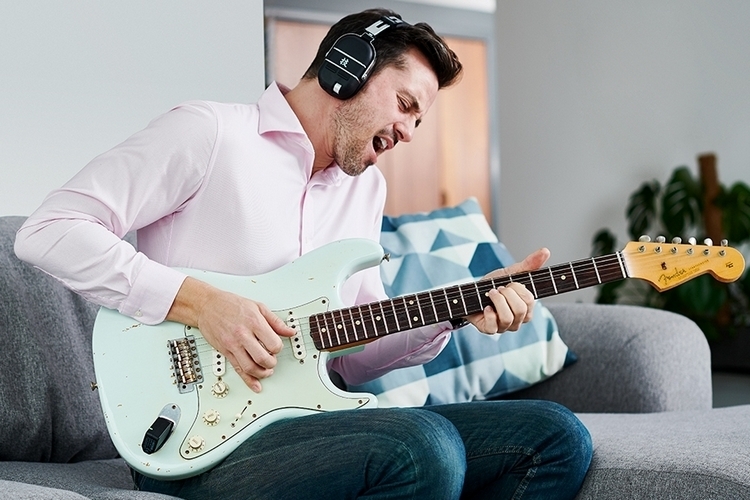 Digital amps make for great practice amps, as you can set it to play at very low volumes, so you can work on your guitar playing without prompting the neighbors to file a noise complaint. Problem is, playing with the sound set really, really low is deeply dissatisfying, keeping you from truly enjoying all the sounds you’re producing. Yes, you can plug a pair of headphones into an amp, so you can crank up the volume as loud as you want, but the Boss Waza-Air offers a more compact alternative.

Instead of having to plug headphones into a guitar amp, these headphones are equipped with all the hardware necessary to serve as a dedicated amp, so you can practice your riffs, slides, and vibratos with nothing but a guitar and headphones in tow. That way, you can quietly work on your electric guitar skills whether you’re at home, in the park, or anywhere else. 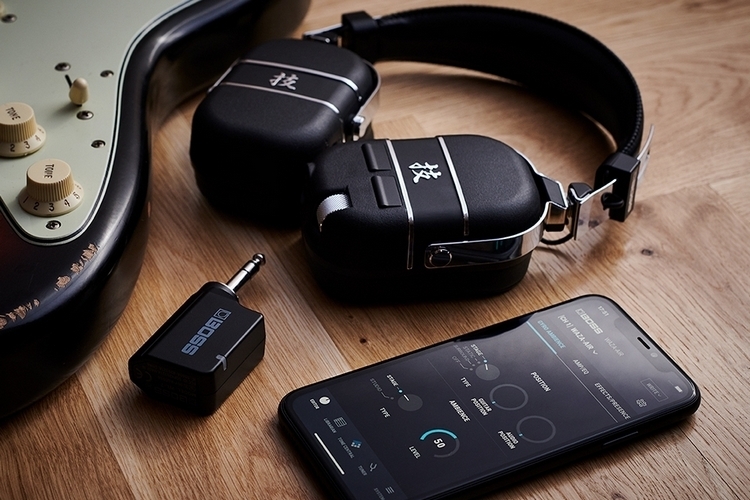 The Boss Waza-Air is an erstwhile normal-looking set of wireless headphones, with an accompanying dongle that plugs into your electric guitar. Instead of containing sound drivers like normal headphones, though, it’s fitted with the same digital amp technology as the outfit’s Katana amplifiers, allowing it to pick up electrical signals from your guitar and turn it into amplified sounds the headphones can blast directly into your ears. Because it’s digital, it’s not restricted to a single sound, either, with the system giving you access to five different amp types (including one for bass and vocals), 50 customizable effects available from the companion app, and six memory slots right on the headphones for your favorite settings. 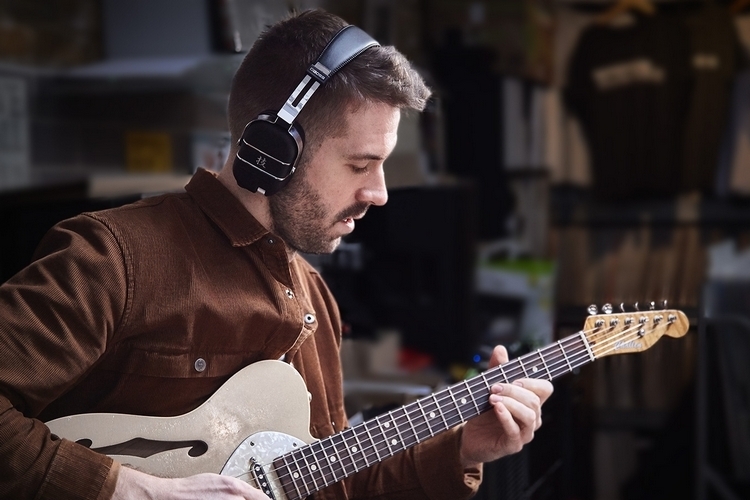 A built-in gyro sensor allows it to track your head movement, while the outfit’s proprietary spatial technology automatically adjusts the tone and volume to simulate a sense of space and dynamic sound localization. Three spatial algorithm options are offered, namely Surround (simulates the feel of a recording studio), Static (simulates playing in a room), and Stage (simulates the sounds when playing onstage). That way, it doesn’t feel like you’re playing in a tiny bedroom with a pair of headphones, which, we guess, would make everything feel more immersive. It also has an onboard tuner with audible tone guides, so you can make adjustments right from the ear cup, although you’ll get more options using the visual chromatic tuner from the companion app. 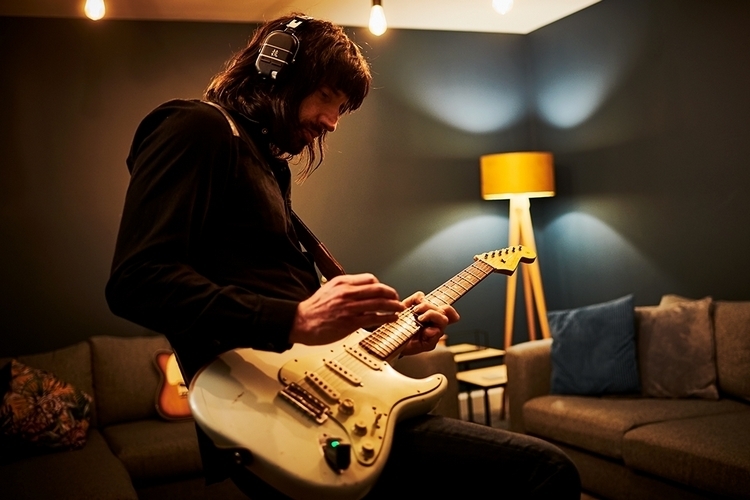 The Boss Waza-Air is fitted with large 50mm drivers, so it can deliver some satisfying sound with plenty of volume, as well as a wide adjustable headband and conforming ear pads, so they’ll feel comfortable, regardless of your ear shape. A two-way design allows it to fold right down the middle for better portability, making it easy to take with you on the road. Both the headphones and the transmitted are battery-powered, by the way, with the headphones getting five hours of playback in one full charge and the transmitter holding up to 12 hours’ worth of juice.

The Boss Waza-Air is available now, priced at $400.