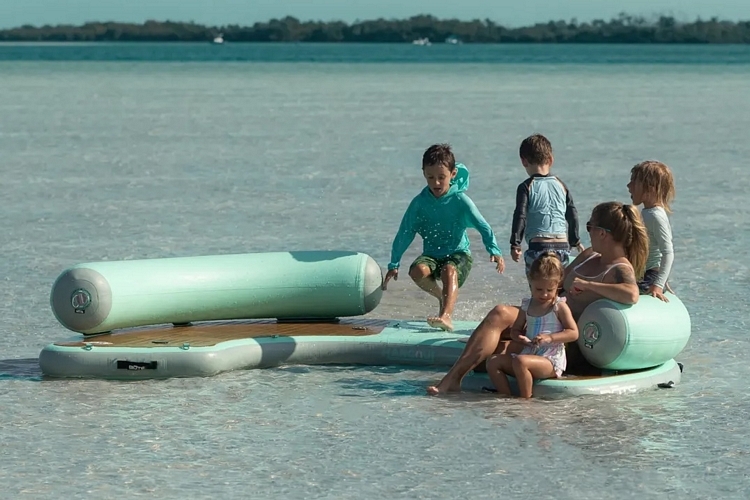 Yes, it’s fun to spend time in the water surfing, jetskiing, or wakeboarding. If you don’t feel like getting your heart pumping and your adrenaline rushing, though, it’s also nice to just chill in the water with your friends, cooling down while the summer sun shows out in full force. During those times, the Bote Inflatable Dock Hangout 240 Classic is the summertime accessory you want to have nearby.

Billed as “the ultimate party float,” it’s, basically, a couch that turns the water into your veritable living room, giving you a place to kick back and goof around with your pals. Whether you’re spending time in a beach, a big lake, or a giant pool, this thing gives you a place to just hang out and relax right in the middle of the water. 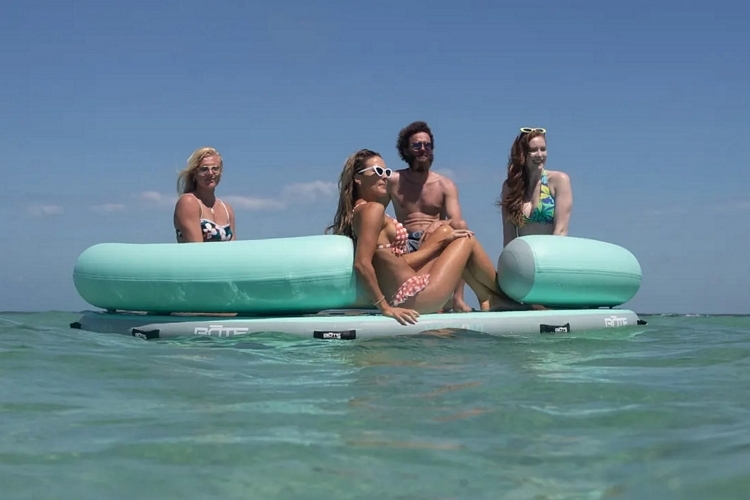 The Bote Inflatable Dock Hangout 240 Classic is an inflatable float clad in a half-donut shape, allowing you to sit around with your group in a half-circle while you’re buoyed up in the water. It measures 10 feet in circumference, so there’s plenty of surface space to sit on, allowing it to accommodate five people easily (maybe more, if you squeeze in). Got more people in your crew? Not a problem, as it’s, of course, compatible with the outfit’s other floats using the built-in DockLink connection points (don’t let the fancy name intimidate you, it’s just D-rings and straps), so you can easily expand it with another Hangout 240 or a different float to make more room for everyone.

According to the outfit, it can support up to 900 pounds, so you can bring food, a cooler, and a bunch of gear along. They recommend putting a cooler in the center spot (there are tie-down points), so everyone can easily grab a drink, while four built-in Magnepod coasters allow you to set down compatible drinkware that’s magnetically secured to the float. That’s right, you can get hit by a wave and your drink will stay standing on the float (well, the drinking vessel should, at least). 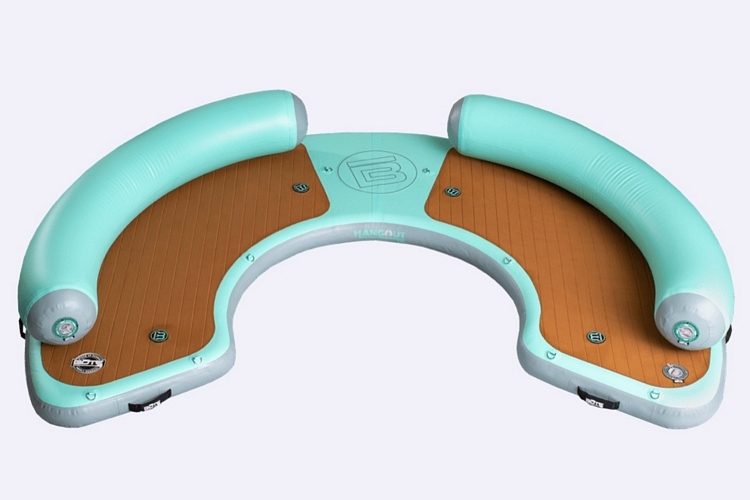 The Bote Inflatable Dock Hangout 240 Classic has an outer surface covered in the same BVA traction pad used in the outfit’s paddle boards, so it should provide the necessary grip to keep you on deck, no matter how wet it gets. It’s rigid, too, so you can actually stand and use it as a dive platform when you’ve had enough of your friends for a while and want to swim away from it all. Or something. Since sitting down is never as comfortable without a backrest, it comes with fully-inflatable pontoon backrests spanning most of the sitting area, allowing you to actually lean back without falling into the water. 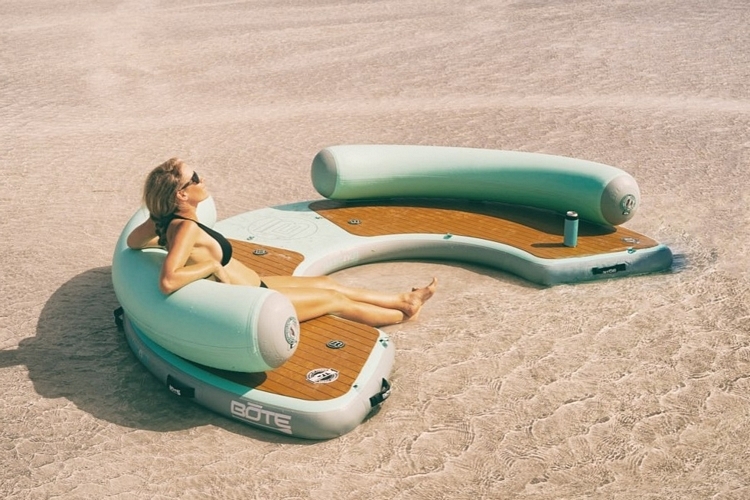 Construction is military-grade PVC for the shell, so it can withstand all the scraping, bumping, and tossing it’s bound to experience in the water. Other details include multiple grab handles, an optimal floor inflation of 6 to 8 PSI, and folded dimensions of 40.75 x 29.6 x 13 inches. It comes with a carry sling, a hand pump, and a repair kit.