This Bottle Opener Stores Caps After Removing Them 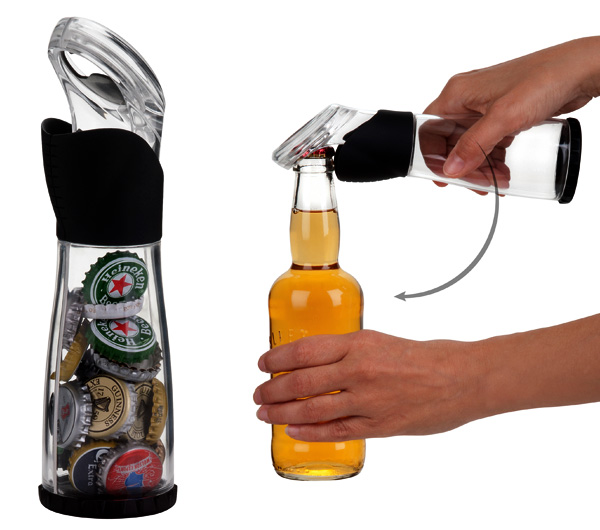 You’ve got a bottle opener in your watch, your remote and even your hammer.  Still, you haven’t found a way to keep your house from being a veritable litter ground for metal caps after a small beer party with less than a dozen friends.  If you got rid of all those bottle openers and used this one, instead, your problem will be solved.

Designed by Stefano Di Lollo, this bottle opener comes with an integrated container at the bottom, which catches the cap right after it leaves the bottle’s mouth.  That way, your caps don’t end up on the floor, on the counter, on the couch, on the lawn or flying up in the air. 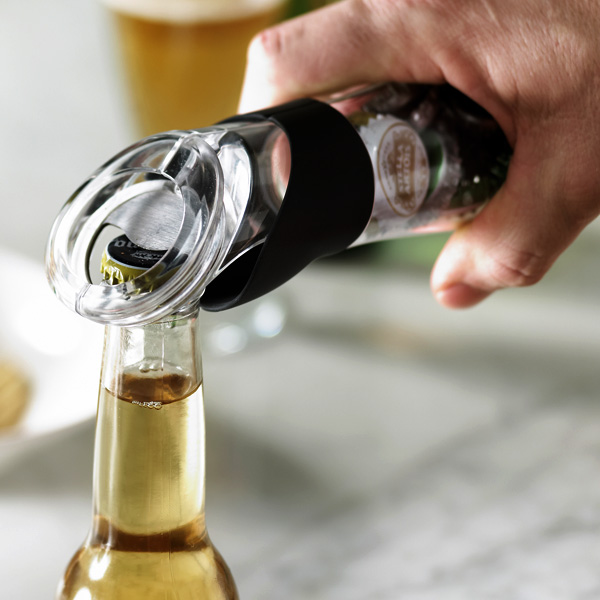 The tool actually looks like a bottle itself, except the top consists of a cap-popping lever with a fitting around the neck to catch the caps before they fall off.  A removable bottom lid lets you clear up the collected pile into a trash bag (or your roommate’s bed, if you’d like to give them a surprise when they hit the bunk).

While the tool’s design was made for a company (Trudeau Corporation), it remains a concept for now.  Cool idea, though — one I’d probably buy into if it makes it to stores now.