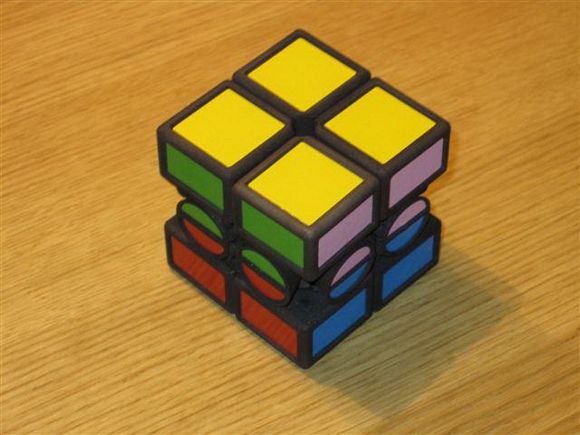 I never had the patience to solve Rubik’s Cube.  I’m just not the kind of guy to spend an entire day figuring that stuff out with my little brain (or what’s left of it, after the alcohol abuse).  That’s why I’m never even going to try with the Bram’s Cube, which adds another layer of difficulty to the mix.

Created by Bram Cohen, the man behind BitTorrent, the new handheld puzzle adds gears (similarly stickered up with color) for an extra layer of difficulty.  Not only will you need to solve the cube, you’ll need to shift the gears into the correct place too, giving the game an entirely new dimension.

While it looks like a Rubik’s Cube at first glance, it’s actually not.  It’s not even a 3 x 3 x 3 puzzle, like the classic.  Instead, it’s a 2 x 2 x 2 cube with eight gears thrown into the mix.  Each time you turn a panel by a quarter, the gears turn an eight of the full angle. Gluttons for mental punishment should love it.  Me, I’ll just watch you torturously solve it, then grab a beer and ignore you until you’re done. 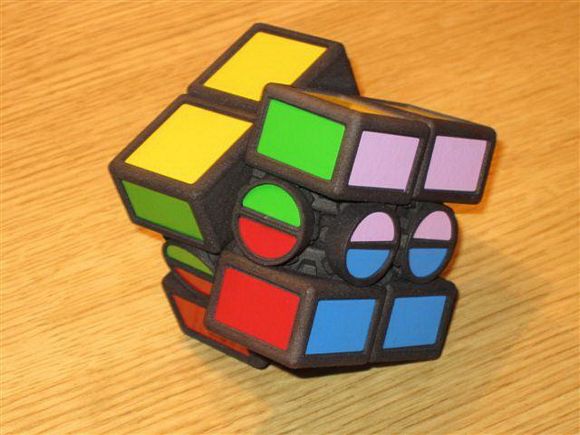 Bram’s Cube measures 14.4 x 16.3 x 3.9 centimeters, so it’s really not a cube, but an irregularly-shaped mess of a problem waiting to be solved.  I think I’ll stick to using BitTorrent, Bram.  Thanks, anyway.

Looking for a new challenge?  Like Rubik’s 360, but miss spinning something in your hand like the original Rubik’s Cube?  You should definitely try Bram’s Cube, which is currently available for $349.84.  Alternatively, you can wait for the probably-coming Chinese rip-off that’s going to be considerably cheaper.