Brando Skips The Dashboard, Puts An In-Car Bluetooth System On Your Steering Wheel 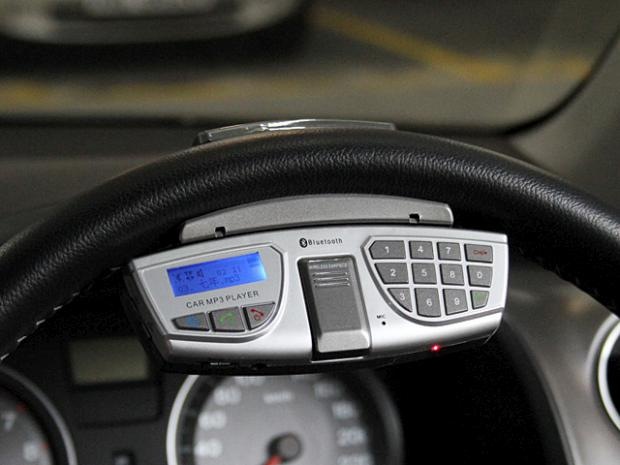 Arms too short to reach the media controls on the dashboard?   Not a problem with Brando’s new Steering Wheel Bluetooth MP3/FM Car Kit, which puts a bunch of in-dash features right where they’re easiest to access.

Of course, this is a severe compromise from what I really want: controls that I can change using only my thoughts.  Cue Twilight Zone music.  Now, that would be awesome. 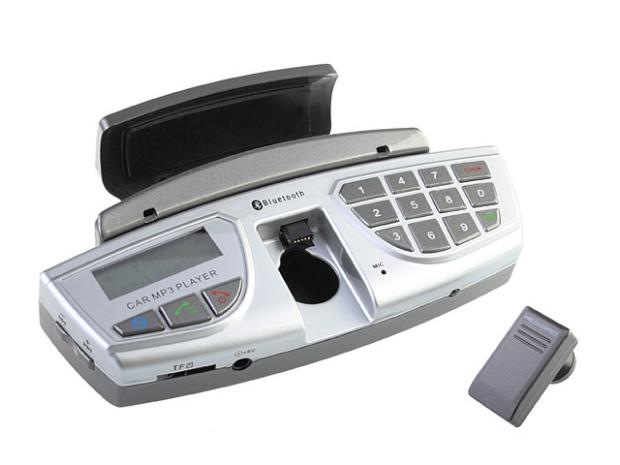 The Steering Wheel Bluetooth MP3/FM Car Kit puts a bevy of features right in front of you while you’re driving, including a speakerphone, a built-in MP3 player, an FM transmitter, a detachable Bluetooth earpiece, a  keypad and an accompanying LCD screen.   It’s even got a built-in phonebook with space for up to 600 people, support for different SD card formats and a rechargeable battery (up to 13 hours runtime).   Brando further claims that it’s fitted with advanced DSP technology for both noise and echo cancellation.

I am sure you can probably find loads of better in-car systems, At only $48 though, that’s a lot of tech to add to your steering wheel, making it a great overall value.  Plus this could be an upgrade for piece of junks that some of us drive because wife has the new SUV. Amirite?