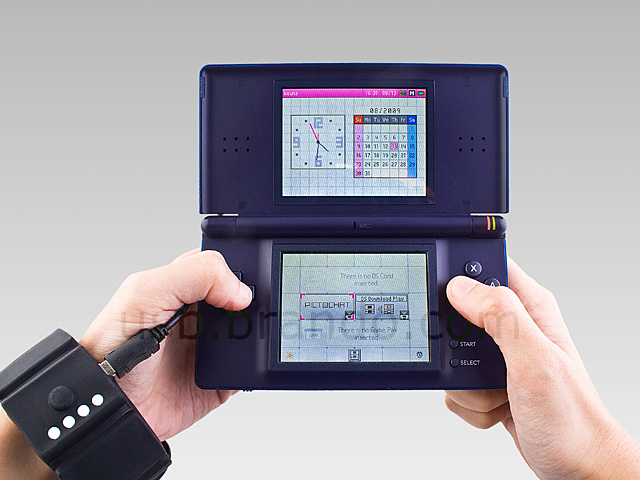 Don’t have space in your wallet for a carry-on battery charger?  Not a problem with Brando’s USB Wrist Band Battery, a wearable backup battery that can charge a plethora of mobile gadgets while you’re on the road.

Armed with charging tips for cellphones (LG, Samsung, Sony Ericsson and Nokia), gaming consoles (DS Lite, DSi and PSP) and all manners of mini-USB devices, it’s a versatile emergency kit that will juice up your gadgets right when you need it.   Since it cuffs on your wrist, you’re guaranteed to never lose it too.  Genius. 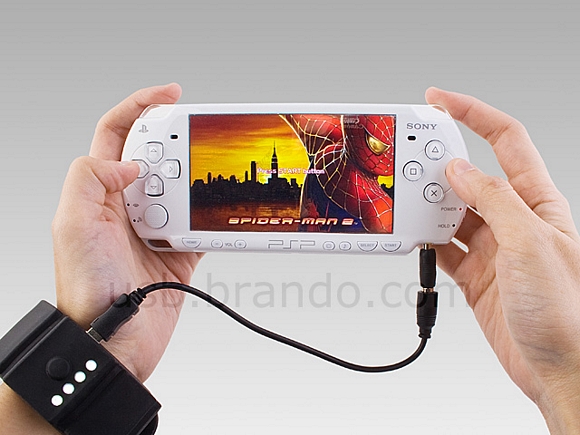 Thick, bulky and fitted with a bunch of LED indicators, the 82-gram Wrist Band Battery (256 x 34 x 12 mm dimensions) is a one-way ticket to staying a virgin for at least one more day.  While it’s not a chastity belt, it should be dorky enough to make people want to keep their distance, lest be socially ruined.  For life.  Even from afar.

The battery itself is a rechargeable lithium ion number, with a capacity of 1,500mAh, 5.5V.  While it won’t likely get you through a weekend out in the woods, it should be awesome for a little trickle to keep your bevy of handheld electronics working at least a couple more hours.

Yes, it won’t win you any style points, but the Brando USB Wrist Band Battery should earn you many favors.  Say, a hot chick is calling someone and her cellphone dies right in the middle of it – it could be YOU to the rescue.   While we won’t guarantee positive results, at least you’ve now got a chance.  And for only $35.