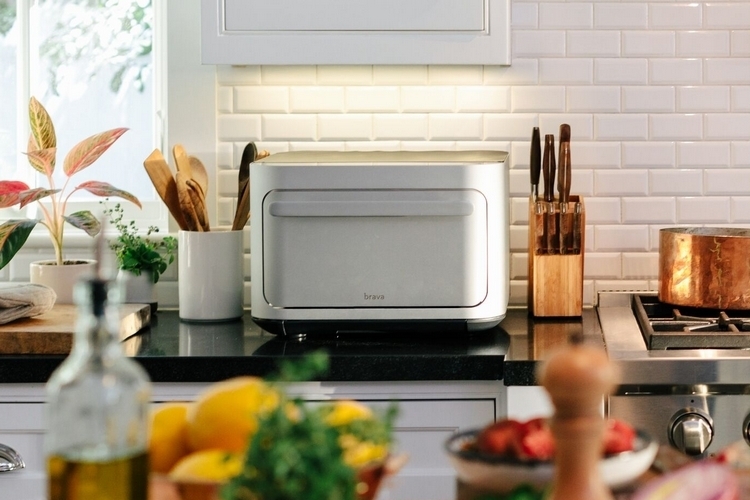 It looks like any countertop oven. You know, the kind that you can use to roast, bake, and perform other types of cooking. Except, the Brava can cook full meals at a fraction of the time, all while intelligently adjusting the heat to ensure perfectly-cooked dishes every time.

That’s right, it’s one of those smart appliances that can perform much of the cooking on its own, turning every cooking job into a set-and-forget affair. Whether you’re grilling a steak, roasting a whole chicken, or making something more complex, this thing can do the cooking while you watch TV, walk the dog, or play Monster Hunter World on the PS4. 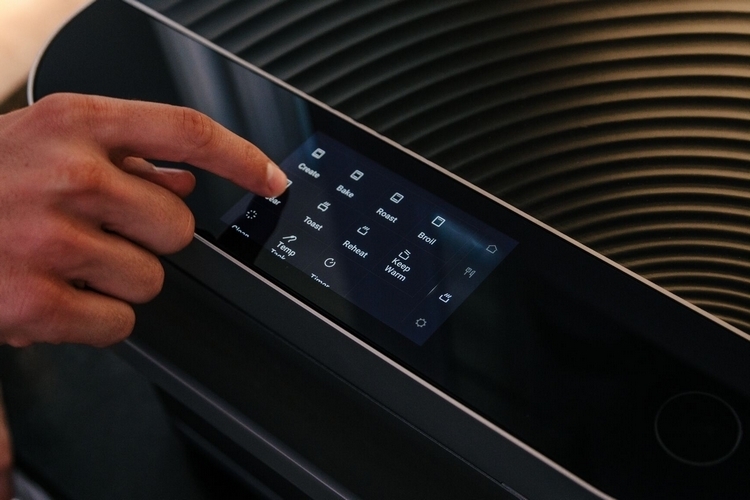 The Brava isn’t a convection appliance like many countertop ovens, opting to use a tech the outfit calls Pure Light Cooking instead. Yes, we had no idea what that was either. Turns out, it’s, basically, about using infrared energy to heat food directly, as opposed to heating the air circulating inside the oven or the tray the food sits on, allowing it to cook every single dish at a much faster rate. According to the outfit, it can cook steak-and-potatoes in just 15 minutes (as opposed to 45 minutes on a conventional oven), a whole four-pound chicken in an hour (100 minutes on a conventional oven), and grocery-bought frozen pizza in just 10 minutes (25 minutes on a standard oven).

Even better, it doesn’t just cook a single dish at a time. That’s because the interior has six IR-based heating elements, allowing them to separate the main cooking area into three separate zones, each of which cooks food at a different temperature. Want to cook a couple slabs of steaks, some potatoes, and a few vegetables in one go? Not a problem. Just line them up in the proper position, let the machine know what you’re cooking, and you’re set. How about roasting fish, sausages, and some corn at the same time? Yes, same thing. Basically, as long as food can fit inside the oven, you can mix and match as you please. 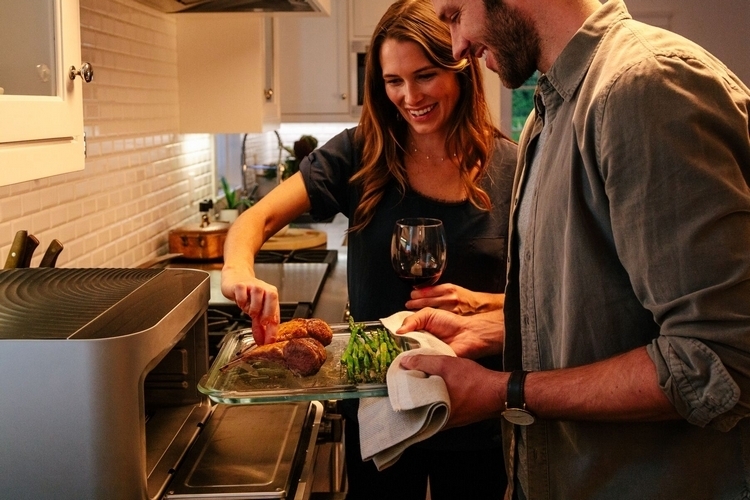 The Brava has a camera inside the oven that monitors the browning of food in real time, while an integrated temperature probe can keep tabs on your meat and fish to see how well they’re cooking at all times. Armed with this information, the oven automatically adjusts the temperature, raising or lowering it as the specific recipe requires in real time. You can also watch a real-time feed from the interior camera, both from a companion mobile app or the integrated 5-inch touchscreen panel. 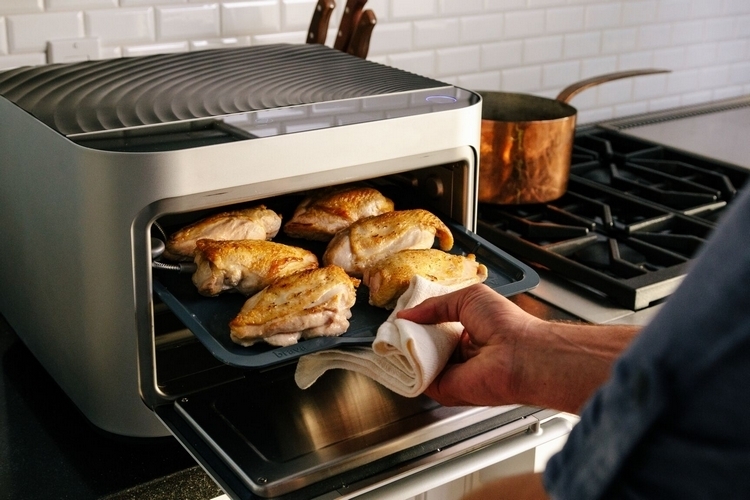 Because it uses IR energy for cooking, it can reach 500 degrees Fahrenheit in under a second, eliminating the need to preheat the oven, which is why it’s able to cook food so fast. It comes with a standard tray sporting three built-in cooking zones, an egg tray (for making fried eggs, fritatas, and other egg dishes), a chef’s pan (for stews, braises, and baked dishes), and a grill.

Now available for preorder, the Brava is priced at $995.