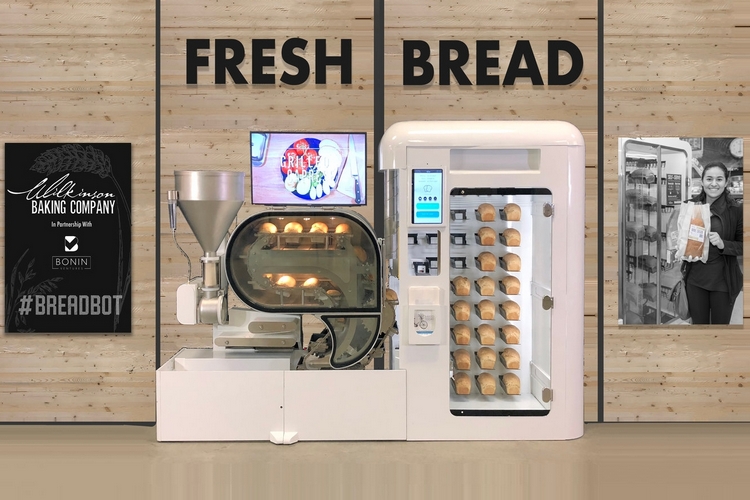 Truth be told, I don’t know anyone who actually makes bread at home. I mean, getting one from a bakery just seems infinitely simpler (and, usually, better-tasting). Well, the BreadBot doesn’t intend to change that. Instead, the machine is intended to make bakeries more efficient by leaving the job of making bread entirely to the robots.

That’s right, those robots are taking our jobs again and, like they always do, the dastardly automatons are doing it with the express intent to take over the bakery kitchen. Even better, the darn thing is designed to be an attraction, so stores can place it in a busy section to serve as a robotic baking showcase. You know, one of those things stores can use to make people stick around an area long enough to sell them even more stuff. 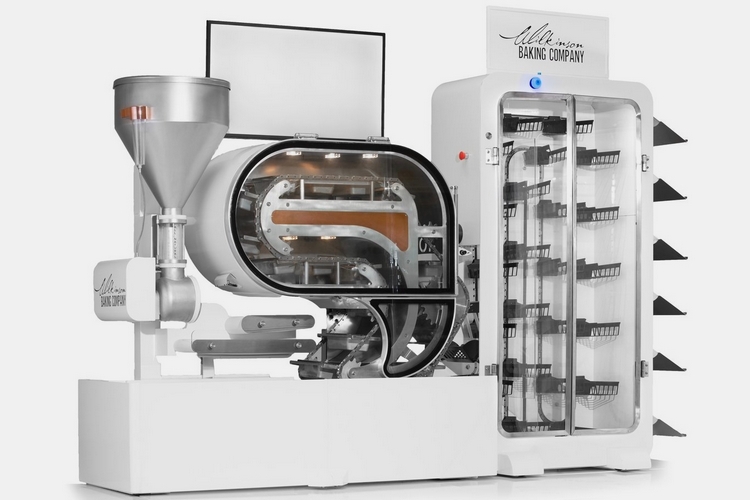 The BreadBot is a large machine – the kind that can take up an entire wall in a room with its 22-square-foot frame. For that size, you get a contraption that automates the entire bread-making process, requiring you to simply dump your bread mix (flour and whatever other ingredients you use) through the funnel on the left to get everything going. Yes, it does everything else, from kneading the mix into a dough and shaping the dough to proofing the dough and baking it in an oven, leaving you with nothing to do but serve the loaves it produces.

According to its creators, the Wilkinson Baking Company, the machine can produce its first completed loaf 90 minutes after being switched on, all while pushing out each succeeding loaf every six minutes. That means, as soon as it gets going (produces one), it will producing 10 freshly-baked loaves of bread per hour, allowing it to produce a maximum of 235 loaves per day. Since it’s a robot, the darn thing can keep running on a 24-hour cycle, although it does require 30 minutes a day of regular cleaning just to keep things hygienic. 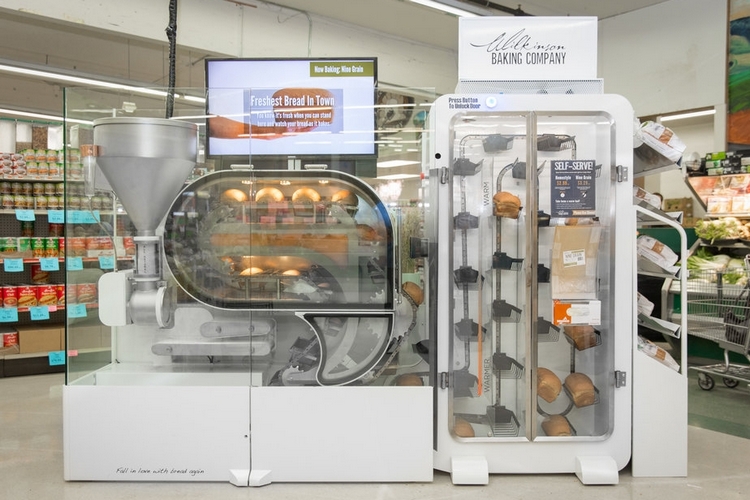 The Breadbot can produce any loaf of bread that only requires dry ingredients, such as white bread, wheat bread, nine grain, sourdough, and honey oat, so it can produce a good selection of baked goods all on its own. And because it’s a robot, all ingredients are portioned precisely, ensuring the next loaf is going to taste as good (or as bad) as the previous one, depending on how well your recipe was made. It can be scheduled to start running at specific times, too, so you can have it start up well before you come to the store, ensuring you’ll have a few loaves ready to sell as soon as you get in. This means, you can time the production to whatever times you tend to sell specific loaves, whether it be first thing in the morning, noontime, or right before people go home for dinner. 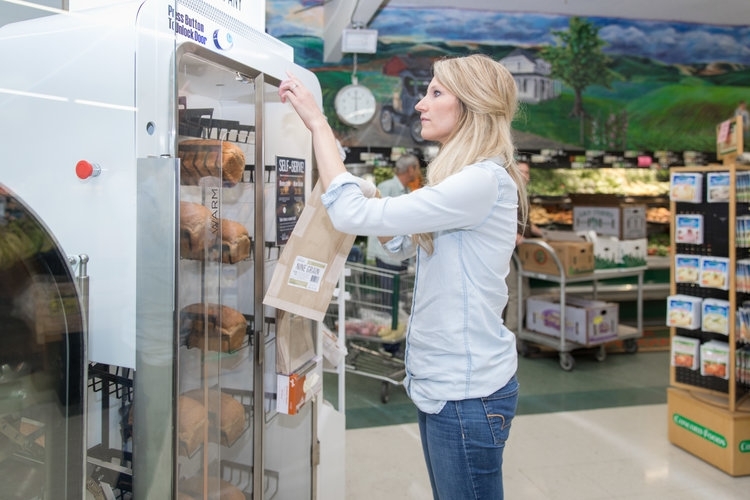 An integrated display allows store staff to monitor every aspect of the bread-making process, such as oven temperature, total loaves made, and the number of minutes before the next loaf is ready. It will also provide audible alerts whenever it needs more bread mix, the bread cabinet is full, and other situations that require human intervention. According to the company, the machine’s level of automation will require bakery staff to only spend around 40 minutes of the workday into helping make the bread, which will usually involve pouring the mix and slicing the loaves.

The Breadbot is currently on exhibit at CES 2019.