Breakfast Express Makes Omelet And Waffle At The Same Time 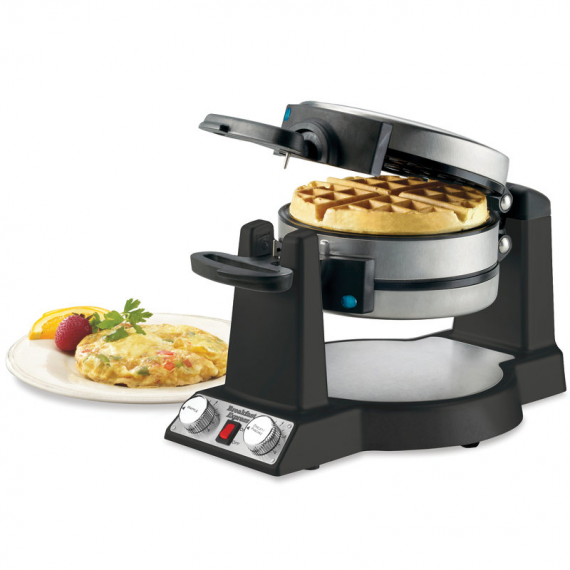 A waffle iron is a wonderful thing.  While designed to make delicious breakfast waffles, it can do a decent job making omelets, grilling burgers and baking brownies, too.  The result is rarely pretty, but nothing stays pretty once it enters your mouth anyway.  The Waring Breakfast Express is like a standard waffle iron but twice the awesome, sporting two separate forms for cooking a waffle and an omelet simultaneously.  And, yes, we’re guessing you can make burgers and brownies on it simultaneously, too.

We don’t know actually know if this is the “world’s only waffle and omelet maker,” as Hammacher Schlemmer claims, but it’s definitely one appliance I’d gladly welcome into my kitchen.  Since the forms are specifically designed for waffles and omelets, your eggs don’t end up looking like an army of ants burrowed into it either. 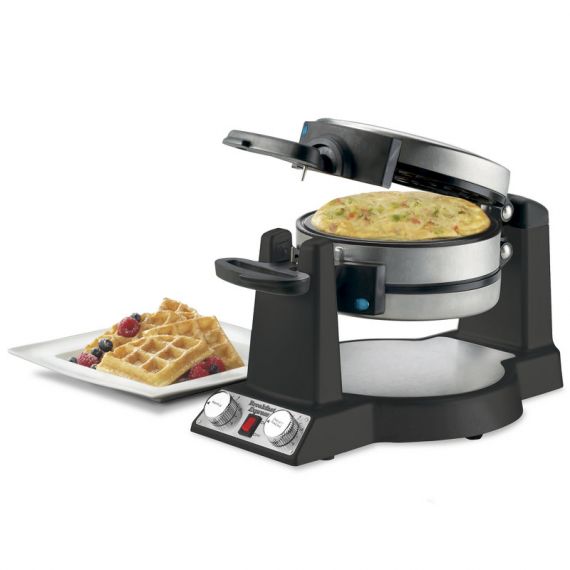 The Breakfast Express features a double-sided cooking area: a waffle maker on one side and an omelet pan on the other. Just turn the side you want to use to face up and put your ingredients in.  Equipped with separate browning controls and a rotary mechanism, you can use it to whip up your perfectly-cooked breakfast in just half the time.

It produces Belgian waffles measuring 6.5 x 1 inches (diameter x thickness), with 1-inch deep pockets for filling up with syrup and cream.  The omelet maker can also make an inch-thick pile of your favorite folded egg mixture, apart from doubling as a cooking tool for pancakes, fritatas, fried eggs, English muffins and pita bread if you want a little variety in the morning fare.  If only it can make wafflesicles, too, I’ll be dancing as soon as I wake up every morning.