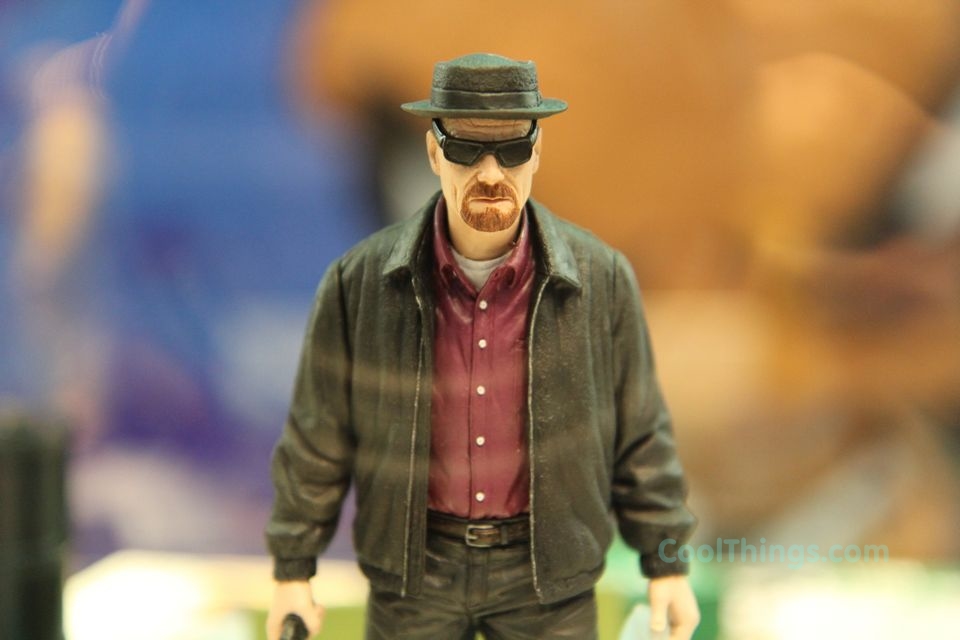 Breaking Bad’s amazing run may be concluding in eight episodes this year, but that doesn’t mean it will leave our minds and hearts any time soon.  In fact, it’s probably more likely we’ll see a good amount of merchandise to close out one of the best shows ever made for television.  And if that’s what you’ve been looking forward to, you won’t want to miss this Walter White/Heisenberg Action Figure from Mezco. 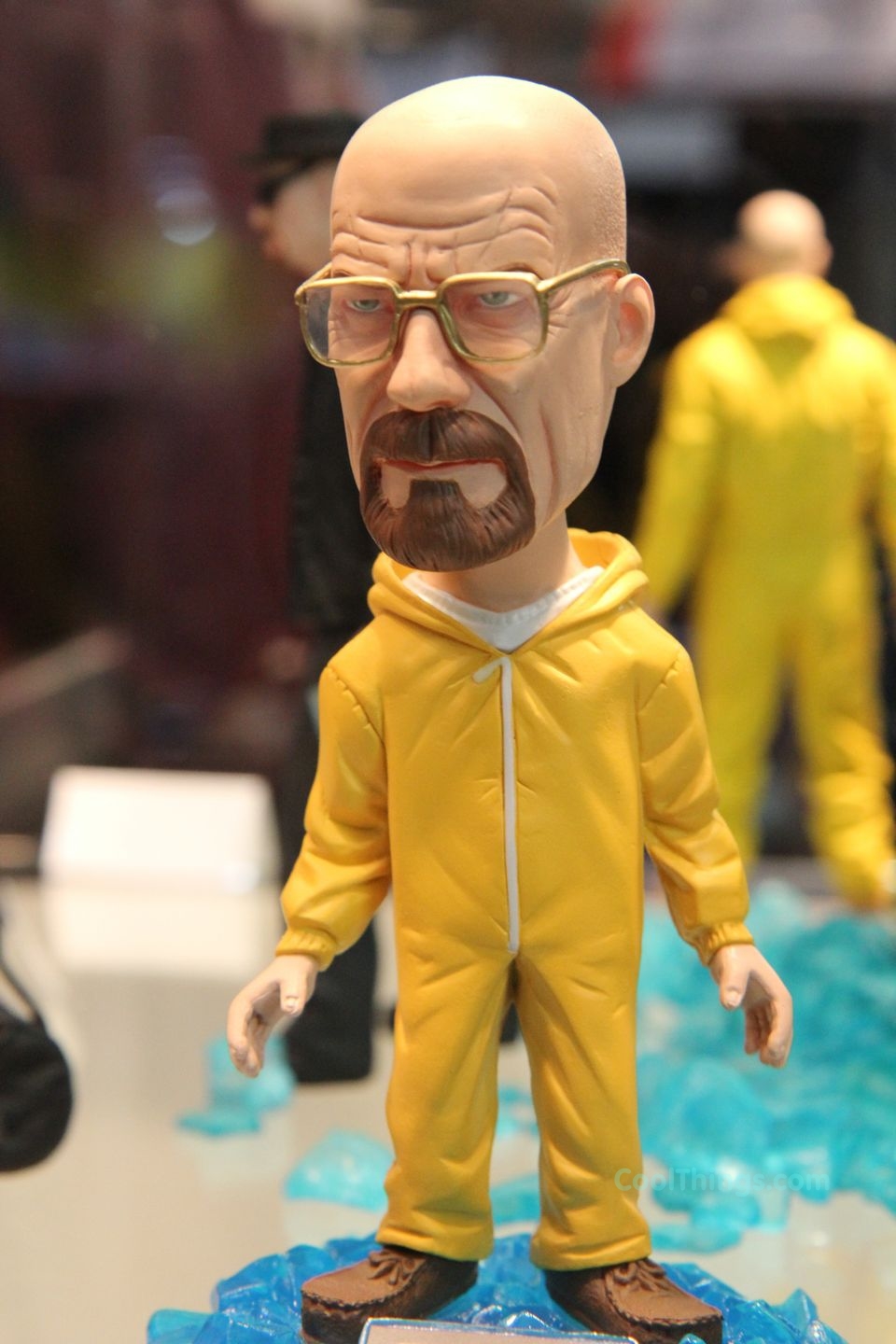 Yep, the 50 year old Chemistry teacher turned drug kingpin of Albuquerque is getting his own action figure, finally allowing TV geeks of all ages to put him in a dollhouse lab and get him cranking out some of that precious blue meth.  Make sure to put him in a lab coat, though — you know how cranky Walter gets when his clothes get smelly from all those chemicals.

The Walter White/Heisenberg Action Figure stands 6 inches tall, with the purveyor of America’s purest crystal meth decked in his standard Heisenberg threads.  The jacket, shirt, pants, and shoes are permanently draped, but you can remove the hat and sunglasses.  Accessories include a gun, a sack of cash, and a bag of blue crystals.  Granted, it would have been ten times more awesome if they had a bunch more of the characters from the show, especially heavy favorites like Pinkman, Gus Fring, Tuco and Hector Salamanca (only if his wheelchair had a functioning service bell, of course), but this will do for now.

You can pre-order the Walter White/Heisenberg Action Figure from the Big Bad Toy Store, priced at $16.99 with a June ship date.  Also confirmed by Mezco are an 8-inch plush set of Walter White and Jesse Pinkman, a 6-inch Walter White bobblehead, and 4-inch clip-on plushies of the meth-cooking duo, all of which can also be pre-ordered from the site.