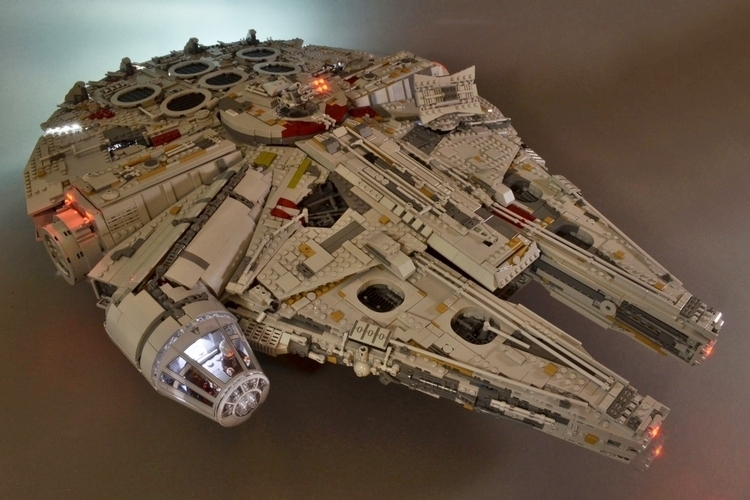 At $800, LEGO’s Ultimate Collectors Series Millenium Falcon isn’t a toy for everyone? It is, however, the perfect toy for hardcore collectors, many of whom will find that massively detailed ship irresistible. Since you’re already throwing a lot of money for a whole lot of toy, BrickStuff thinks you might want to throw even more to make it even better. That’s why they’re offering this Light My Falcon Kit, an elaborate add-on that integrates various light and sound elements to Han Solo and Chewbacca’s smuggling freighter.

That’s right, one of LEGO’s most incredible sets can get even more impressive, getting fitted with lights and whirring engine sounds to make it resemble the movie version even better. Seriously, it brings the darn thing to life like nothing we’ve ever seen, turning an erstwhile stunning ship into a really dynamic toy that suddenly comes to life. 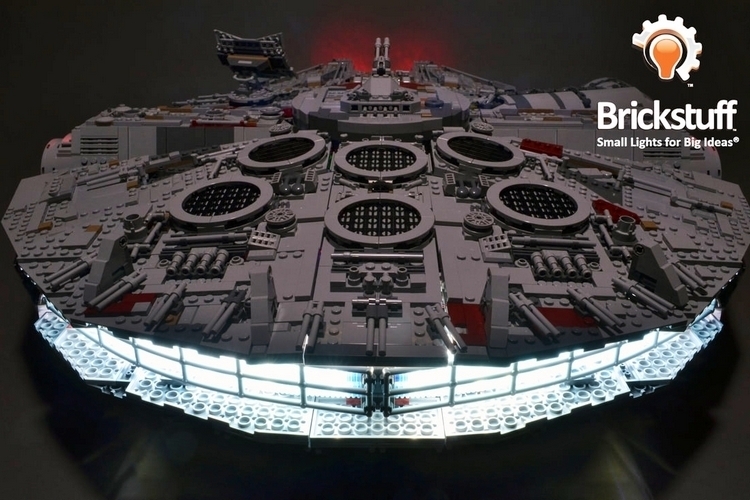 The BrickStuff Light My Falcon Kit is fitted with 100s of elements, including LEGO pieces, all of which are designed to integrate into the UCS Millennium Falcon. For the sound effects, these include two sound boards, each with its own 3W amplifier and 24-bit DAC output, as well as two speakers fitted with 2.5-inch full-range drivers. All that audio hardware is designed to be stashed somewhere inside the ship, so everything is tucked away from plain sight. It comes with pre-installed engine sounds, all of which are designed to synchronize with all the LEDs in the engine bay, so the lights turn up in conjunction with the engine powering on. If you want to add new sounds, such as explosions and battle effects, you can copy up to three MP3 files onto the main board via a microUSB connection. 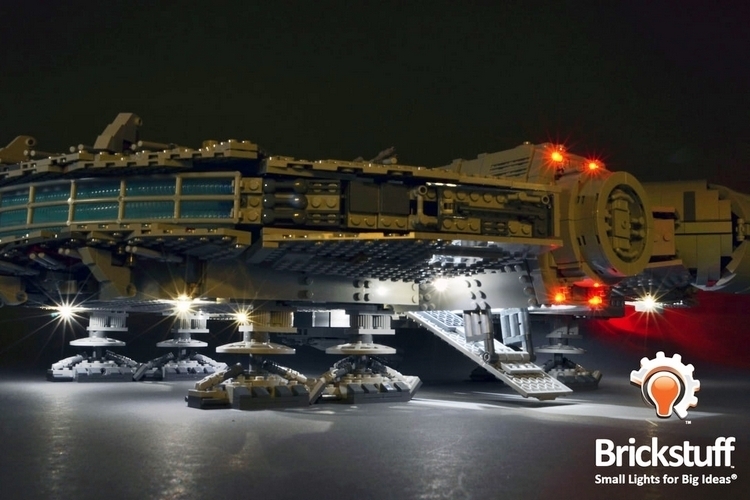 A total of 109 LEDs are in the kit, including 66 for the engine bay, 10 landing lights, and a bunch of others scattered all throughout the ship. These include lights in the ship interior, such as in the hallway, under the table, and on the system controls (yep, the ship’s computers get blinking lights), as well as a rotating beacon light inside the hyperdrive. They also modified the cockpit’s control panels to have tiny holes, under which you can add more LEDs for a legit spaceship effect, as well as added a magnetic switching capability to the loading bay doors, which activate both the boarding ramp lights and the landing lights in sequence. Other LED-modified sections include the laser cannon and the mandible side. 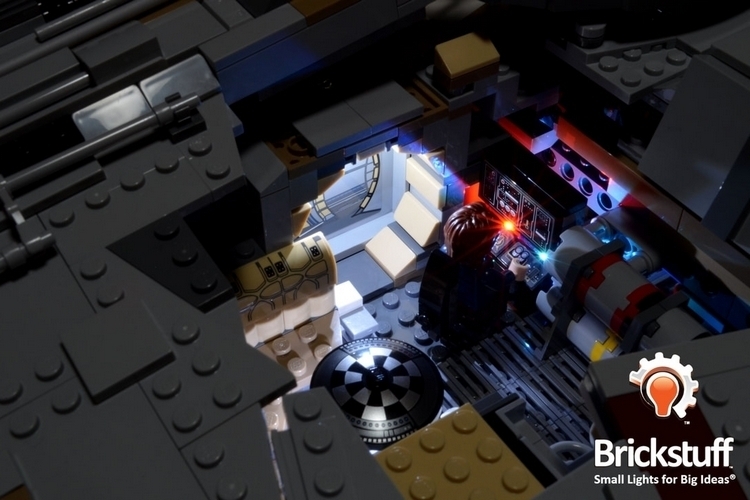 The BrickStuff Light My Falcon Kit comes with three control boards managing the lighting effects, each of which can be controlled via the nine-button IR remote. That way, you can switch on the lights and sounds any time you want, without having to get up and come near the freighter model. Other details of the kit include 75 LEGO parts, four light diffuser panels for stepping up the realism, and two options in power supply (you can either power it via USB or LEGO’s Power Functions).

Slated to ship in late June, the BrickStuff Light My Falcon Kit is priced at $375.99 for the USB version and $410.99 for the Power Functions variant.