Bridgestone Made Flat-Proof Airless Tires For Your Bicycle 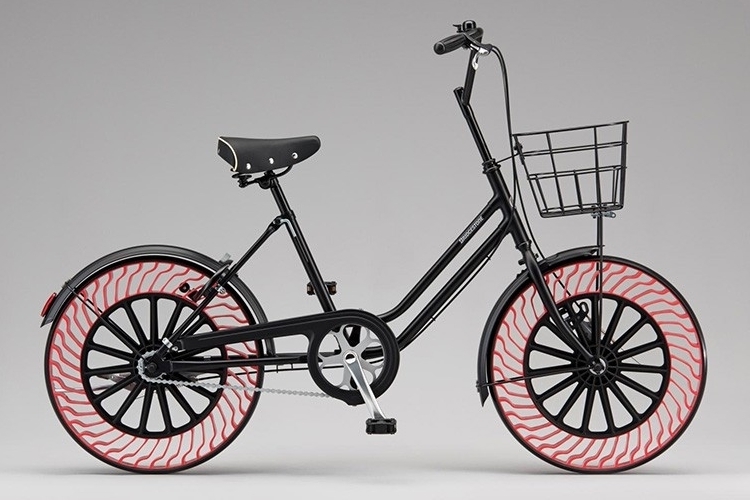 As with the car version, the tires ditch the air tubes in favor of thermoplastic resin spokes that can continually alter shape as the bike moves. This allows it to support the weight of the rider while absorbing road shocks, all without the risk of a flat. That means, less maintenance and a much lower chance of finding yourself stranded on the side of the road. 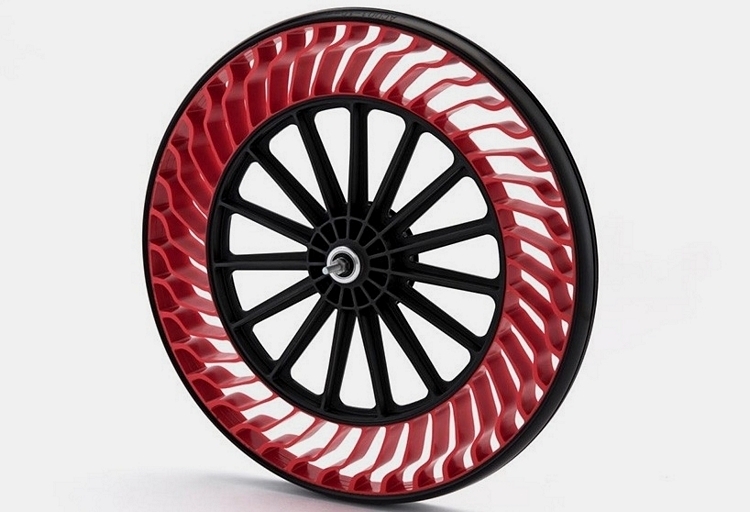 The Bridgestone Airless Bicycle Tires use a less-complex series of spokes compared to the car version – a likely result of the fact that it doesn’t need to support loads totaling several thousand pounds. This should make riding an especially more convenient affair, since the lack of air-inflated tires means you can leave the bike pump, spare tube, and a few other dedicated tools at home. It’s also meant to install onto bikes without any special equipment, so you can literally swap in a new airless tire for the one your bike is currently running on.

Unlike the car version, Bridgestone actually has a timetable for the Airless Bicycle Tires’ debut. According to the outfit, it will be publicly available by 2019.