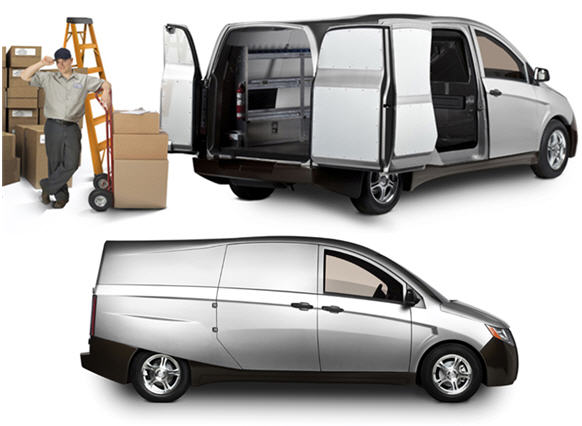 Need a more efficient, more economical light-duty vehicle for your commercial fleet?  Bright Automotive thinks it has the best wheels for the job with the IDEA, a plug-in hybrid delivery van with a few clever tricks up its sleeve.

Uncomfortable, poor mileage and antiquated utility features – those are just some of the common complaints about most existing light-duty transport machines.  This new vehicle addresses all of those issues at the same time, as it its makers attempt to position it on top of this very lucrative automotive market.

Bright Automotive’s IDEA is a plug-in hybrid electric vehicle (PHEV), with a claimed mileage of 100mpg (40 mpg in standard hybrid mode) – revolutionary for a platform where vans clocking in at 15 mpg aren’t rare.  The ride has an all-electric range of 40 miles and can plug in to regular charging outlets.  Boasting a low cost of ownership, each vehicle projects savings of up to 18 cents per mile and reduced fuel consumption by about 1,500 gallons per year.  Now, multiply those with the number of cars in your fleet and you can imagine the resulting cost-effectiveness. 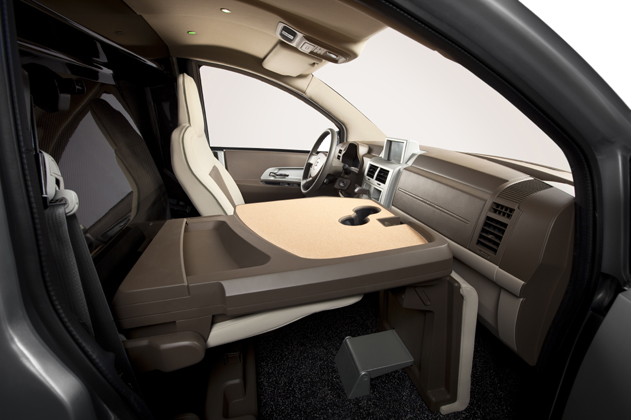 Sure, the fuel savings are awesome, but what will it do for your delivery fleet?  The van has a 180-cubic foot cargo capacity, with the ability to haul up to 2,000 pounds of payload.   Access to the cargo area is available via a 70/30 rear door (the right door takes 70% of the size to allow clearance even with one door open) and a sliding 36-inch wide side door.  The company also allows upfitting based on individual specs, allowing you to add racks, shelves and personalization on the body.

Ever drove a delivery van and found it impossible to do on-the-road office tasks?  Not with the IDEA, which is designed to provide a convertible workspace right in the cockpit.  Not only can the passenger seat be converted into a large worktable, the cabin comes with a file storage area, a laptop surface, a charging center for handhelds, lockable compartments and multiple cup holders.

Heck, it doesn’t even look like a delivery van (well, before the custom paint job with logos, of course) from the outside, appearing more like a sleek, family ride (with a conspicuous lack of windows).  Production has been pushed back to 2013, pending possible deals with a major automaker or a $280 million loan from the US Energy Department.