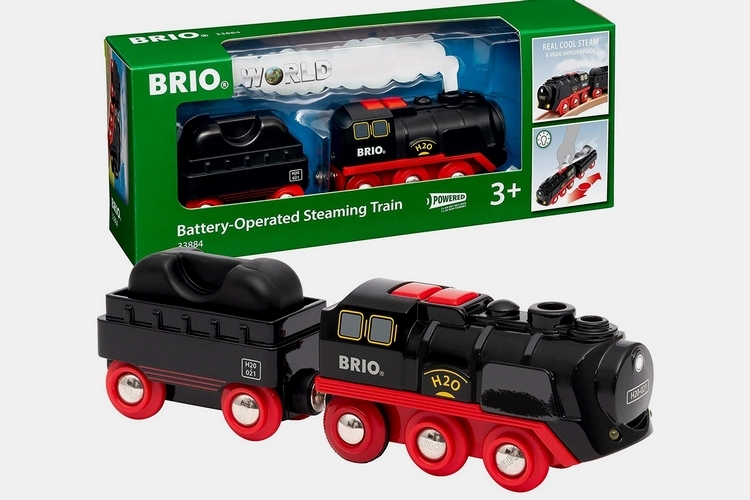 Watching model trains chug around on your tabletop railway is a whole lot of fun. When that train comes with realistic sounds and lights, it gets even better. The Brio Battery-Operated Steaming Train does those locomotives one better by having a thick cloud of smoke spewing from the top.

That’s right, Brio made a steam locomotive that pumps actual smoke from the stack on the car out front, so it can run around your wooden railroad circuit while spewing a veritable cloud of puff just like those classic trains of yore. We know… you still see the occasional boiler-equipped train spewing smoke these days, but they come few and far between with climate change being a major concern of our contemporary times. 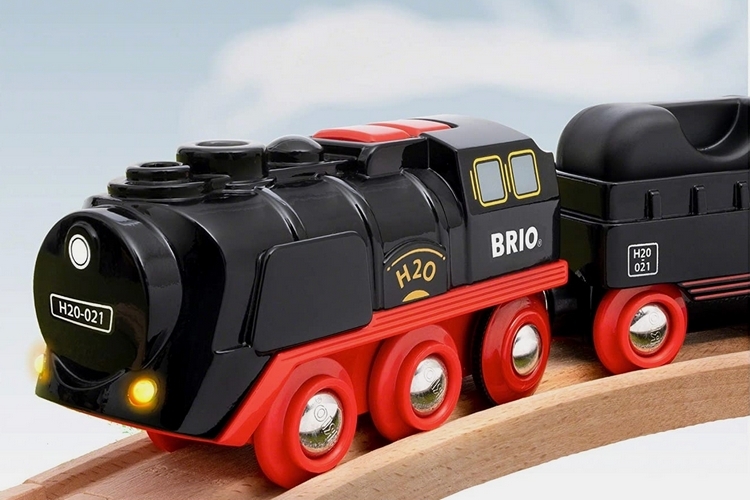 The Brio Battery-Operated Steaming Train doesn’t actually have a steam engine that will require you to burn wood, coal, or fuel in an integrated boiler, so making the train run doesn’t have to be a grind. Instead, it runs using a standard electric motor that’s powered by a pair of AAA batteries, so it runs much like any model train set you can play with nowadays. Aside from running the motor, the batteries also power the integrated lights and whatever elements allow it to produce the thick exhaust bellowing out front.

Don’t worry, you won’t need to buy specialized chemicals or compounds to produce that smoke. Instead, it’s generated from good, old steam produced using water. To activate it, you simply put water into the chimney on the locomotive before activating the train, after which thick white fumes should start coming out of the chimney while the train is in motion. It comes with its own dropper, by the way, which is stored in the non-powered car behind the locomotive, so you can just fill that up, stash it in the car, and pull it out every time the water chamber needs a quick refill. 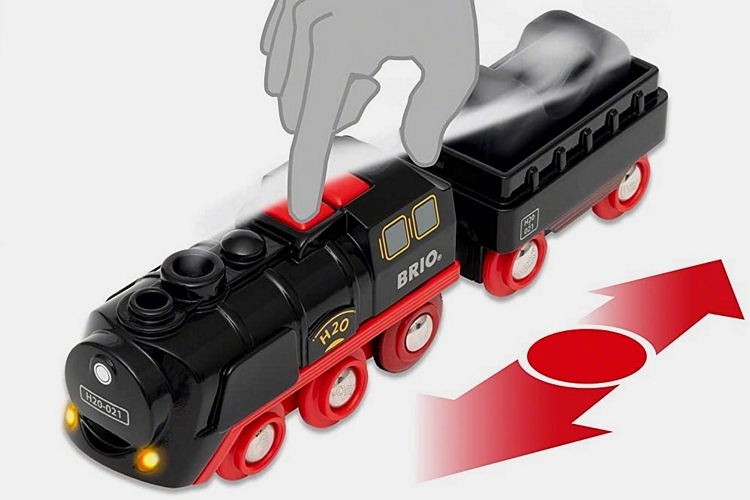 The Brio Battery-Operated Steaming Train supposedly produces cool steam, so they’re probably not simply boiling the water in the chamber like a locomotive kettle. That means, the smoke is completely safe to the touch with no nasty smells, so your kids can safely play with the train without the risk of injury or discomfort. Yeah, you can have 10 of these running in a room without any trouble. It comes with two large buttons at the front locomotive, by the way, one that makes it move forward and one that makes it run backwards, with the train coming to a full stop when you press either one of the buttons while it’s still in motion. 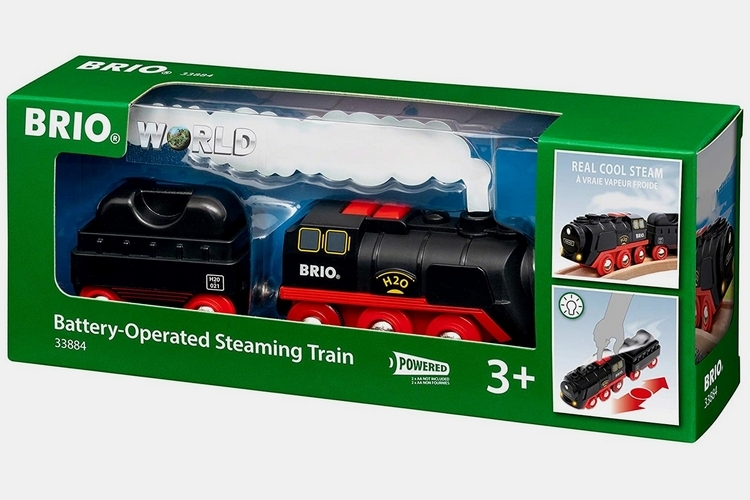 Other than the addition of the steam, the train is, pretty much, like any of Brio’s locomotives. That means, it’s made from a mix of natural wood and impact-resistant plastic, so it should hold up durably to regular play, all while being sized to fit in the outfit’s wooden rail tracks, so you can just let it loose on any existing Brio layout you’ve already got set up. 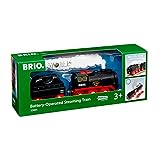