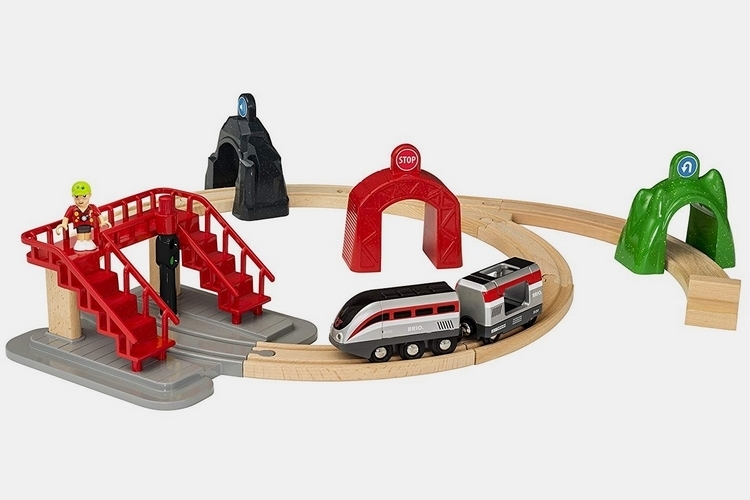 Most people should be familiar with Brio’s trains, which have brought joy to kids and adults alike for more than half a century. While their basic wooden toy trains remain fun in this day and age, you’re really going to need a little more tech in there to engage the new generation. Not long ago, they introduced electric motors into the mix. This time around, they’re adding electronic smarts with the Brio Smart Engine.

Instead of simply riding through the tracks you arrange as a normal motorized train would do, the new toy can conduct itself like an actual trail would on real tracks. That means, it will hit the brakes at a stop, honk its horn to alert passengers, and perform other things, making it look like you’re watching a real locomotive transport people through the railroad track setup sitting on your tabletop. 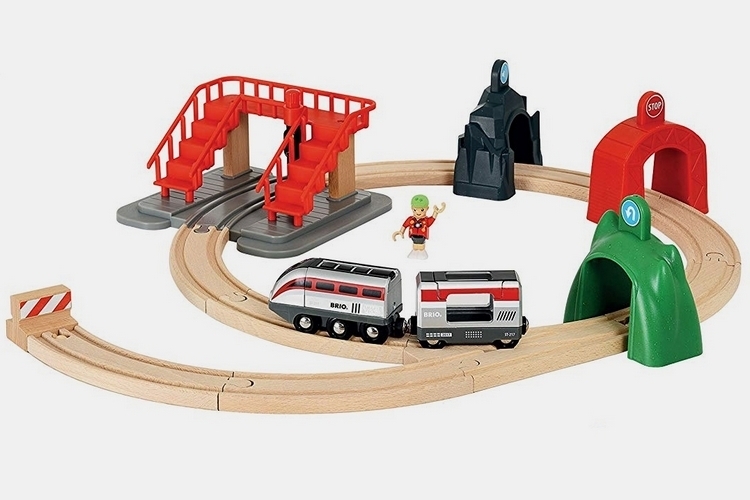 No, the Brio Smart Engine doesn’t come with an app that lets you control every aspect of the train like many toys these days. Instead, it’s one of those toys you’re designed to enjoy without having to look at another screen, which should make it very appealing to parents looking for ways to cut down on their children’s screen time. To facilitate the smart actions, they equipped both the train and the various structures along the railroad with electronic components, allowing them to communicate with each other. That means, if a train approaches a stop, it will be able to detect it, prompting it to stop, honk its horn, and execute any other action it’s been pre-programmed to do.

Because railroads often go through tunnels, your tracks can be paired with any of four different tunnel accessories, each one prompting the train to behave in a different manner. One tunnel serves as a stop so it goes through an elaborate set of actions, another prompts the train to stop for a short time (as if something went wrong), another activates the horn, and the last one prompts it to reverse direction. Only the train needs batteries, by the way, since the tunnels are only fitted with RFID chips that the train reads to find out what actions it should do next. 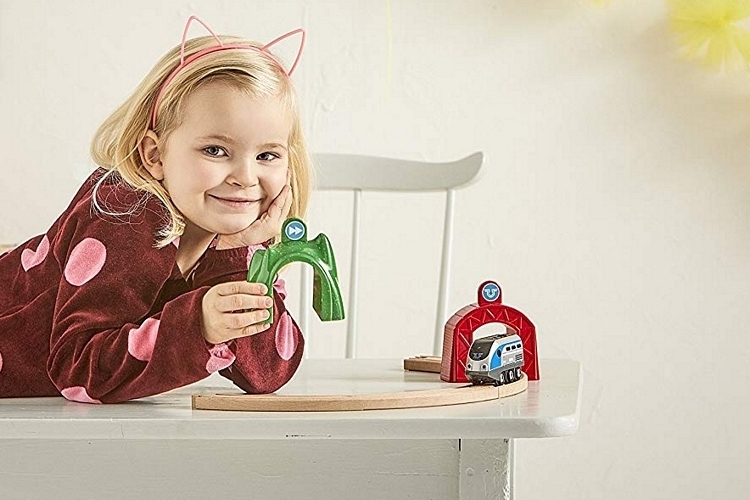 The Brio Smart Engine itself consists of a train with one cart that can be attached behind it, although you can always add extra carts just like with the outfit’s other trains (which is great if you have old Brios somewhere). It comes with three buttons on top for controlling the train manually: one for power, one for forward, and one for reverse.  Each train also comes with all the built-in sound effects, as well as LED lights, so you can continue to enjoy the train at night. It powers using two AA batteries. 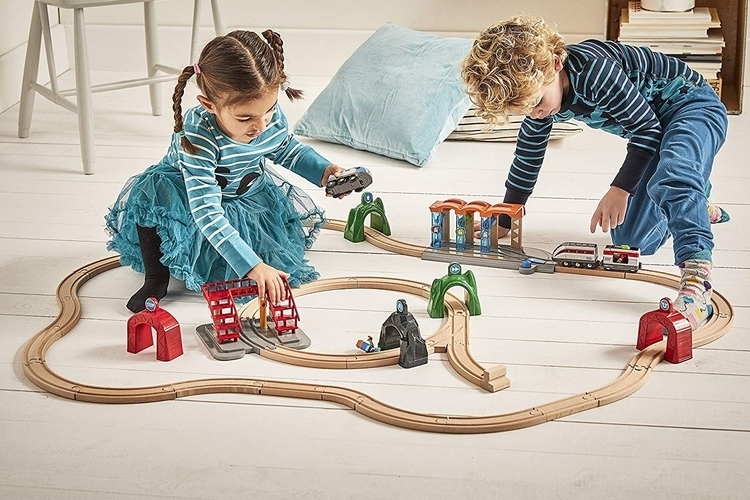 Aside from the tunnels, Brio also sells a bridge with a stoplight for making an even more elaborate railroad setup, a washing station where your train can pretend to clean itself up by moving through a rail-mounted car wash, and even a repair shed. All those accessories come with RFID chips, too, so the train will perform appropriate behavior when encountering them. Of course, it’s also compatible with the tracks and accessories for older Brio trains, so if you’ve been playing with those trains for a while, you can put your smart train on a pretty elaborate track. 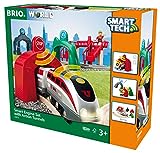