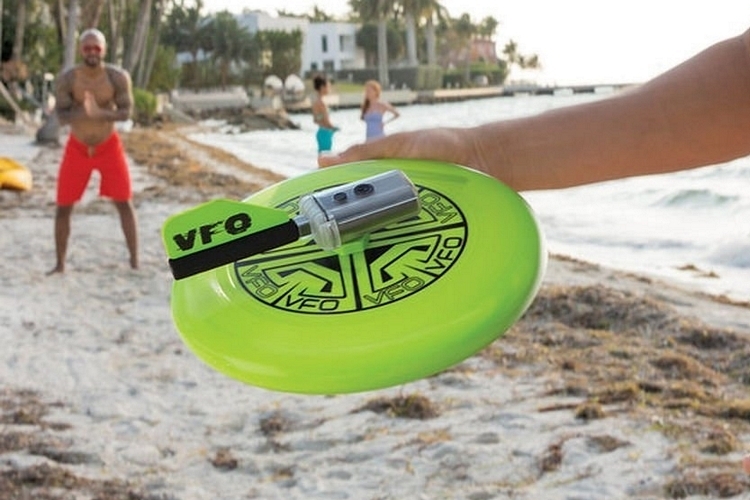 With summer out in full force, it’s that time of the year again to dust off the inflatables, the volleyball, and whatever other toys you bring to keep things busy at the beach. And, yes, that includes the good, old Frisbee (or the more modern Hela). Like that classic toy, the Brookstone VFO (short for Video Flying Object) can be sent skimming through the air with little effort, allowing you to throw it at long distances even with your puny muscles. Unlike it, this one comes with a camera on top, so you can capture every throw, every catch, and every time the disc hits someone square in the face.

That’s right, they put a camera on top of a Frisbee, so it can record video while spinning and slicing through the air. And, yes, those videos are going to be dizzying footage of the disc’s surrounding scenes, making for quite the interesting perspective for those who enjoy filming their summer shenanigans. 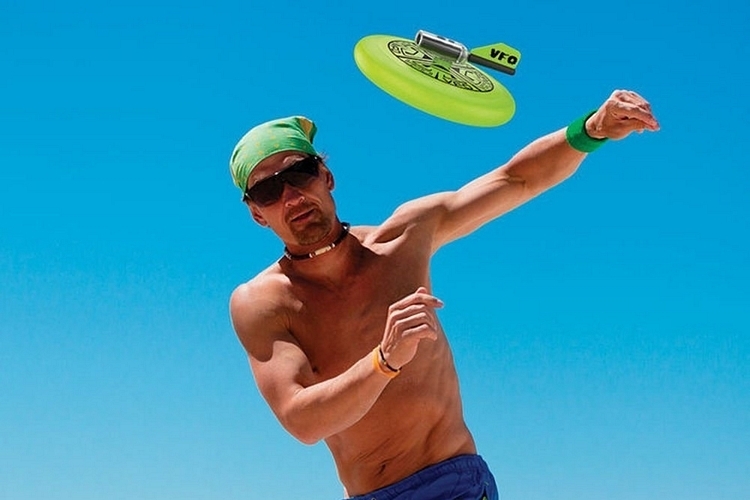 The Brookstone VFO is equipped with a video camera that shoots 720p video at 30 fps, so it’s captures should come with a decent quality. We do wish they made the camera capable of a much higher frame rate, though, since the speed at which the disc will spin can probably make for some exciting slow-motion footage. Do note, the camera will record strictly video with no sound, so you’ll probably have to add a music track to make the resulting clips a little livelier. Plus, some funny sound effects for those times the Frisbee slashes through someone’s face.

Since it’s going to be subjected to some serious abuse during play, the integrated camera is housed inside a rugged shell that can absorb shock and impact while keeping water out. It’s only water-resistant, though, so absolutely no submerging it in the water, although rain, splashes, and occasionally getting thrown in the water should be no problem. 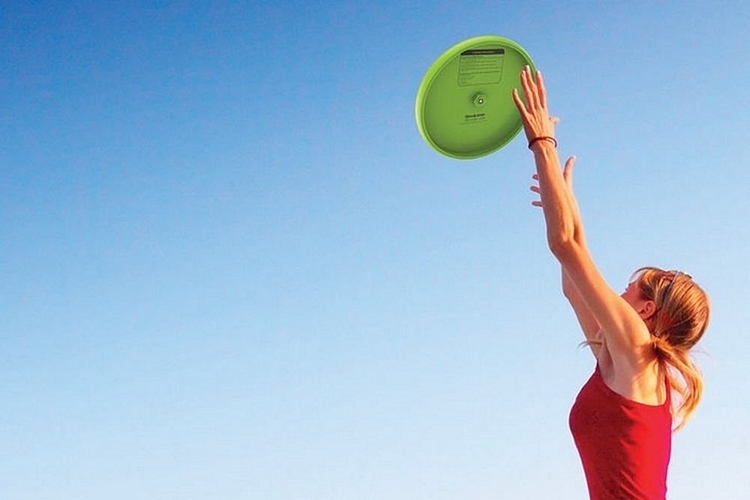 Now, adding a camera to a lightweight plastic disc will definitely affect its spin. To compensate for that, Brookstone added an aerodynamic fin at the tail of the camera, which balances out the weight and allows the disc to careen through the air in a stabilized manner. With the added weight, we’re not sure whether you can throw it as far as a regular Frisbee, although being able to capture video does give it an entire new utility.

I mean, I can already imagine video enthusiasts using this to capture some unique footage, whether on the beach, the park, or wherever else they’re filming. You can also rig this up in a variety of ways to change up the cinematography, making for quite the useful yet affordable tool to add to anyone’s videography arsenal.

All video is stored onto the onboard SD card, which you can remove for transferring to your phone or PC. Do note, it comes with an 8GB SD card, so you might want to pack a few extra if you’re spending a couple of days out doing nothing but throwing Frisbees. There’s no word on how long the battery lasts, but given the size of the electronics part, it’s probably not that big, so better not forget the power bank either.

The Brookstone VFO is available now.