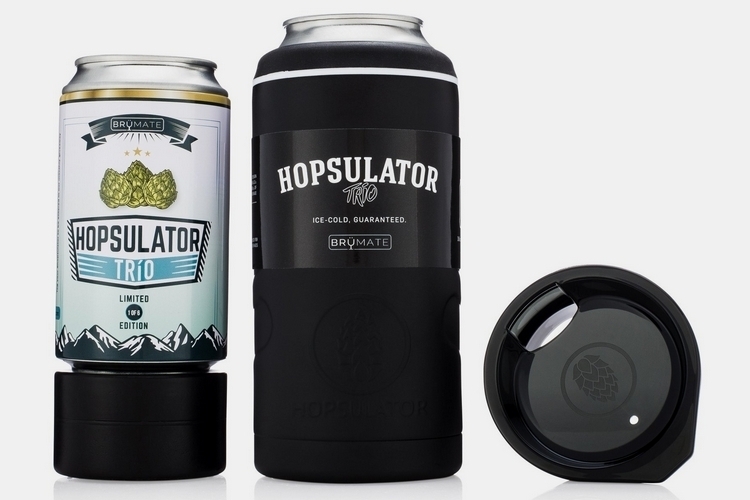 There’s no shortage of koozies in the market that can keep a can of beer cold while keeping your hands dry. And they all work in similar ways. While the BruMate Hopsulator Trio looks like a standard koozie in metal form, it does the standard insulating sleeve a whole lot better.

Just like a regular koozie, the contraption can take a can of beer and keep it cold for a lot longer by providing insulation that traps the cold temperatures in while keeping out the heat from your hand. Unlike them, it’s designed the beverage 20 times colder than a standard neoprene koozie, ensuring you can nurse a beer for two hours and it will still remain chilled down to the last drop. 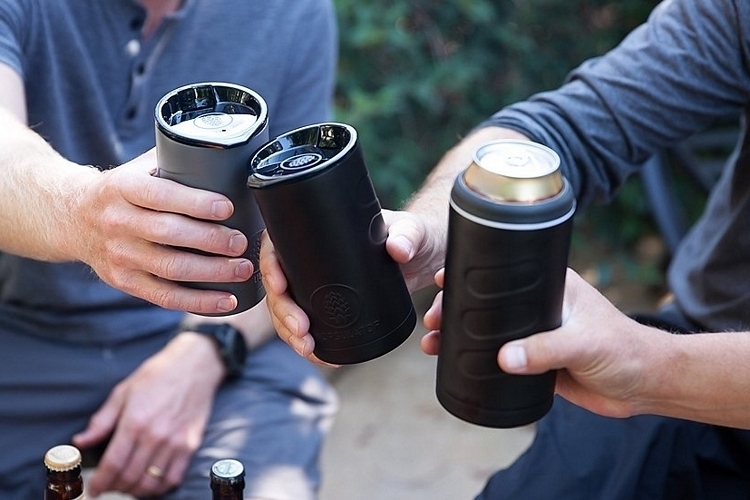 The BruMate Hopsulator Trio is made from double-walled stainless steel similar to insulated water bottles, allowing it to lock in the temperatures inside. An extra copper layer between the steel panels provides added insulation capabilities, allowing it to keep that can of beer, soda, or energy drink colder than any similar product in the market. Suffice to say, if you want to keep a canned drink as cold as possible, this thing offers your best shot at getting that done. Whether you’re sipping Red Bull at work, a Coke at a barbecue, or a Bud Light at the beach, this thing is what you want to have wrapped around that can.

Measuring around 8 inches tall, the receptacle is sized to fit 16-ounce tallboys, although an included adapter that goes at the bottom of the koozie allows it to accommodate smaller 12-ounce cans instead. The adapter is actually freezable, too, so you can use it like a freeze gel to further chill the can of drink while it’s sitting in the koozie. Basically, it can make an erstwhile cold can of drink even cooler – that’s something you’re never going to find in any other koozie. 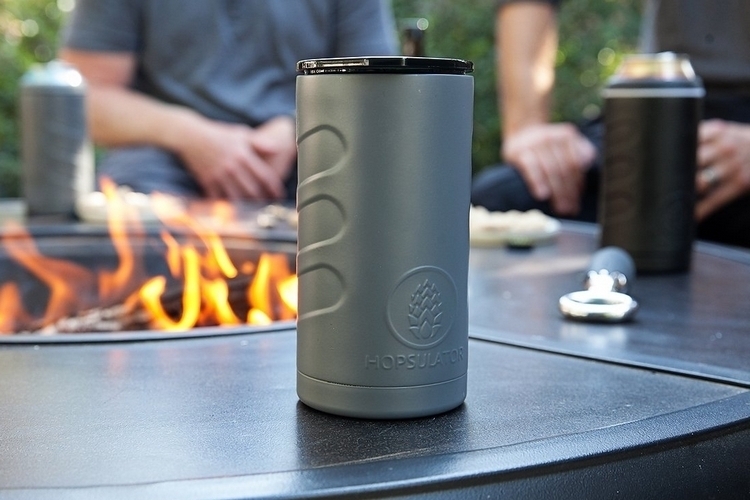 Aside from serving as a koozie, the BruMate Hopsulator Trio is also meant to function as an insulated pint. Well, as long as you clean it first since, you know, drinking out of the same receptacle that held a, potentially, dirty can just doesn’t sound very smart. When used as a pint, it can accommodate up to 16 fluid ounces of your favorite hot or cold beverage (use it for your coffee in the morning and your beer after dinner), complete with a lid to further lock in the temperature. It also comes with a non-slip bottom, so there’s little chance of the darn thing moving around when you set it down on the table, as well as six color options, namely blue, green, tan, black, gray, and pink. 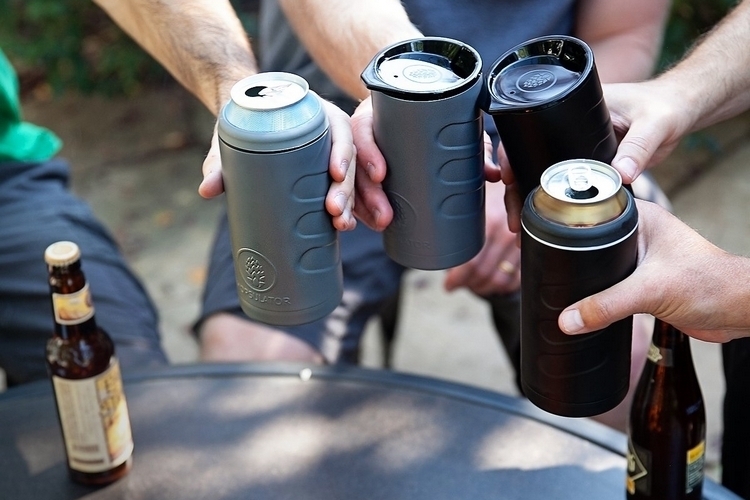 Based on reviews, this thing works exactly as described, with folks saying it managed to keep their drink cold even after a couple of hours of sitting in the koozie.  Some folks even say it managed to do that while outdoors in the middle of hot 90-degree weather. 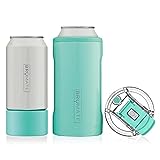