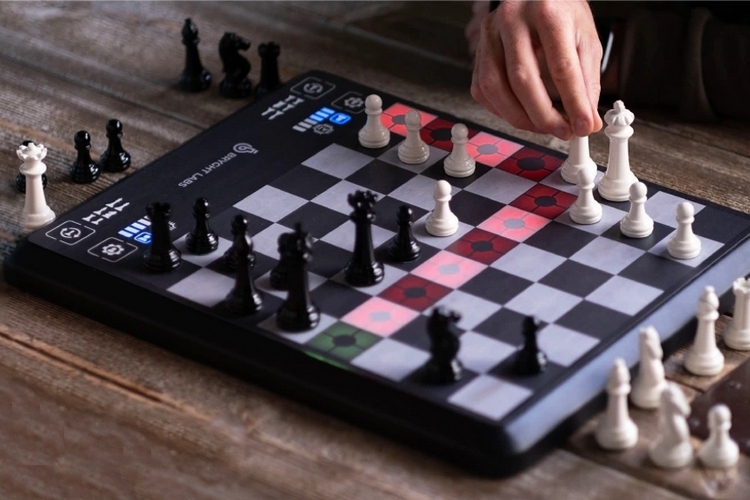 Want to play chess on a physical chess board, but want to maintain your social distancing? Get one of those Square Off chess boards and play with countless people from all over the world. Problem is, playing endless rounds of chess doesn’t guarantee you’re actually getting better, so you can still end up playing hour after hour, day after day with very little improvement. The Bryght Labs ChessUp offers the same virtual matchmaking on an actual physical chess board, all while adding a built-in chess instructor, so you can choose to spend your time training and getting better instead.

No, it’s not an automatic chess board that will move your virtual opponent’s pieces on its own like the Square Off. Instead, it will light up whatever move your opponent makes and you’re supposed to move their pieces on your board, so it’s not quite as impressive on that end. However, it does make its case for a place in your shelf by coming with a built-in training system that can help you level up your game in ways you probably can’t do by your lonesome. 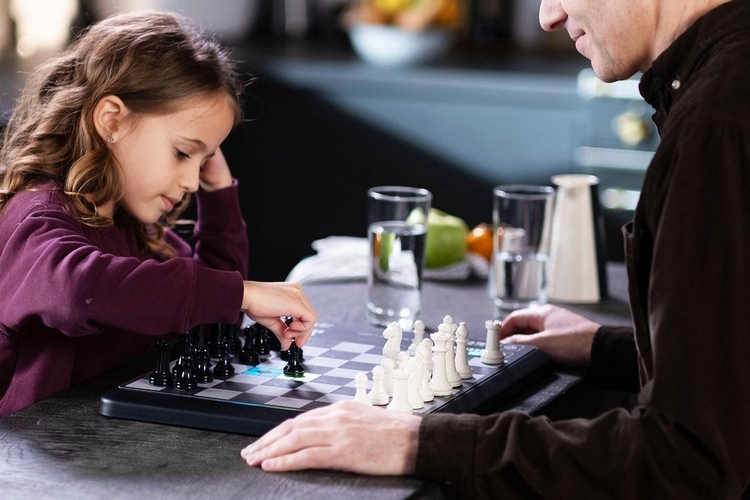 The Bryght Labs ChessUp is a connected chessboard that lets you play against an AI opponent or join virtual matchmaking lobbies to go up against other individuals. Since the opponent pieces don’t physically move on their own (yes, we wish it had that feature, too), they equipped each tile with individual LEDs that light up to show your opponents move. You then have to move the piece yourself to whichever tile lights up in blue. And no, you can’t cheat, since the system can detect if you moved a piece incorrectly, so the game won’t quite continue unless you do.

The online matchmaking can be done via the companion app, where you can set up games with another player who either uses their own ChessUp board or playing on the app. If there’s not enough pool of players at your skill level, you can even opt to play with people on the Lichess network, where millions of chess players worldwide play regularly. 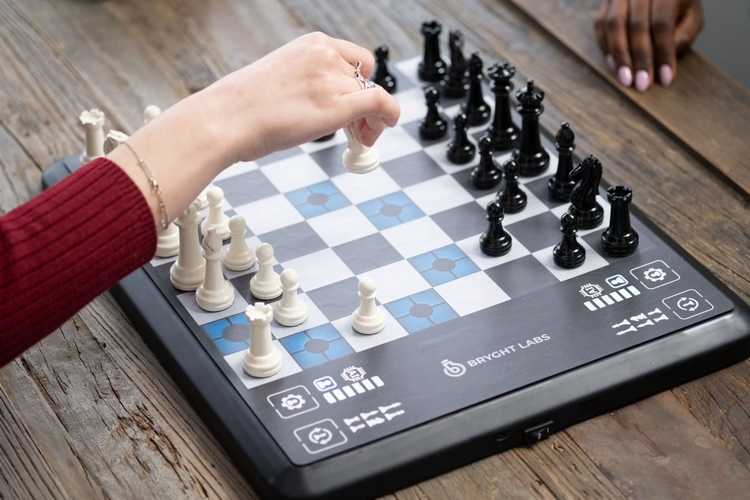 What sets ChessUp apart, of course, is the AI system, which it uses both for AI opponents and the virtual instruction. When enabled, the built-in instructor will use the light-up tiles to show you all available moves for any piece you touch. When a move is bad, the tile lights up in red; when a move is not as bad, but still not good, it lights up in blue; the green tile shows the best move available. The AI, by the way, is powered by the latest version of Stockfish, the open-source chess engine rated as the strongest CPU chess engine in the world, so you’re not going to have an easy time with this digital opponents. And yes, it can dial down the skill to play to your level, so you won’t get routed by an overpowered opponent every time. 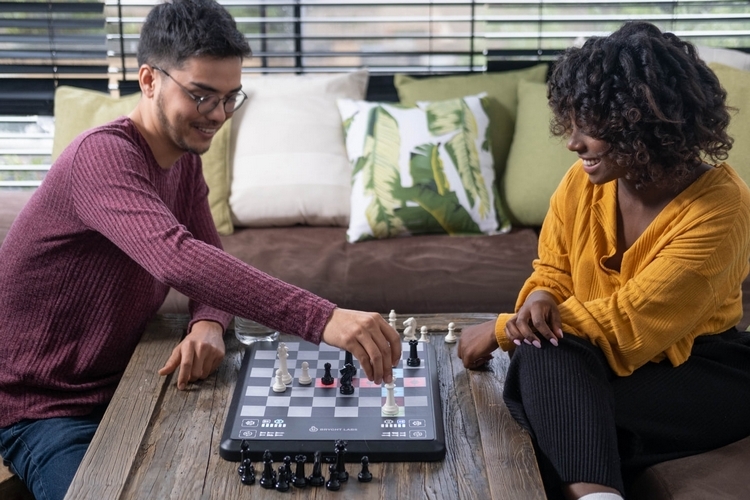 All games you play, by the way, are logged in the companion app, where you can get an analysis of your gameplay, so you can understand the strategy responsible behind your results. Features include multiple game modes (e.g. Blitz Chess), a battery rated at 12 hours of uninterrupted gameplay, weighted chess pieces, and dimensions of 17 x 14 x 1 inches (width x depth x height).

A Kickstarter campaign is currently running for the ChessUp. You can reserve a unit for pledges starting at $249.